The U.S. Army recently conducting tests to replace both its M4 Carbine and M249 light machine gun (LMG), formerly designated the M249 squad automatic weapon (SAW). The M4 began its service in 1994, while the M249 began fielding in 1984 to provide the accuracy and portability of a rifle and high rate of fire of a machine gun. Both weapons are still widely used, but the Army has decided to seek a new weapon for the 6.8mm round, which was developed to be far more lethal than the currently used 5.56mm NATO cartridge. 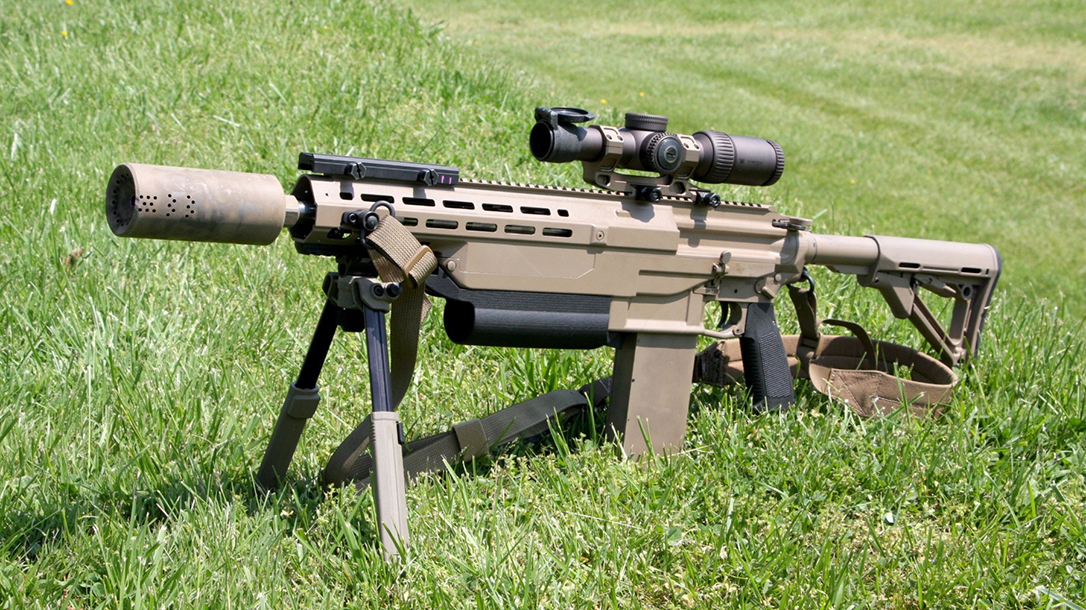 The Army is exploring three different options. It is currently testing designs from SIG Sauer, General Dynamics Ordnance and Tactical Systems and Textron Systems. One design will likely find its way into the hands of future warfighters. Meanwhile, the other two could fade into the annals of rejected military firearms.

While the 19th century saw many failed firearms designs, notably in the years leading up to the American Civil War, it was largely due to the newly developed self-contained cartridge. That revolutionized firearms design – and resulted in weapons that were as dangerous to the shooter as to the enemy! After the World War I the U.S. military once again sought new firearms to address the changing battlefield, and this process repeated again after the World War II.

Here is a look at some of those “also rans” of American military firearms designs.

John T. Thompson is arguably the granddaddy of the “black gun” with his Thompson Submachine Gun, one of the most successful SMG designs of the 20th century. Less well known is his Thompson Autorifle Model 1929, which was developed for the U.S. military’s semi-automatic rifle trials.

The weapon was chambered in .30-06 and it utilized a delayed blowback operation rather than the more complex gas-operated action. But it also required lubricated ammunition and ejected spent casings in such a violent manner that it was reportedly hazardous to those around the shooter. Neither would have been ideal for combat!

The M1941 Johnson Rifle, a short-recoil operated weapon designed by Melvin Johnson, fell to the M1 Garand. It had a greater magazine capacity than the M1 Garand, and soldiers could recharge the magazine individually or with five-round stripper clips even with the bolt closed on a chambered round. However, the short recoil system often resulted in a vertical shot dispersion and the rifle was prone to jamming when used with a bayonet. Finally, the Johnson was just not as rugged as the Garand. Despite its shortcomings, during World War II some 70,000 M1941 Johnson Rifles were produced and it was used by the United States Marines Corps in the early stages of the Pacific campaign.

Melvin Johnson could be considered notable for designing two guns that weren’t adopted. But firearms enthusiasts also continue to praise his designs. He developed a recoil-operated light machine gun. Notably, this shared many of the same parts with his M1941 rifle design. This light machine gun, which was fed from a left side-mounted 20-round magazine, had an adjustable rate of fire of 200 to 600 rounds per minute. It operated from an open bolt while in automatic mode and closed bolt in semi-auto mode. But it was heavy to carry when loaded and also unbalanced. While the U.S. military never adopted it, some 9,500 saw production and usage by Army Special Forces and USMC during World War II. Notably, Ernesto “Che” Guevara carried a Johnson LMG during the Cuban Revolution.

While the U.S. Army is currently considering a “bullpup” design from General Dynamics, it actually tested a weapon based on a similar platform at the end of the Second World War. The Model 45A was a .30 caliber bullpup that was essentially a hybrid battle rifle/light machine gun. Developed by the Army in 1945 in the Philippines, it used a BAR magazine and featured an integral scope/carrying handle; thus, it looked similar in profile to the Austrian Steyr AUG. However, instead of providing the compact profile usually associated with a bullpup, the M45A was a long gun in every sense of the word. There are no known surviving prototypes and apart from some U.S. Army Signal Corps photos little evidence this gun even existed!

The AR-15 stands as arguably the most successful semi-automatic platform ever developed. But chances are it wouldn’t have happened had it not been for the AR-10. Developed in the 1950s, one can easily see where designer Eugene Stoner was headed. The AR-10, with its phenolic composite parts, was still more than one pound lighter than other contemporary infantry rifles. However, unlike the AR-15/M-16 it was still very much a main battle rifle chambered for either 7.62x51mm NATO or .308 Winchester. Had the modern ArmaLite Inc. not released the AR-10, it might remain relegated as simply a forgotten part of the AR-15 story.

Eugene Stoner scored a bull’s eye with his AR-15/M-16 design. But the Stoner 63 remains largely forgotten. However, anyone who grew up with those plastic “Army Men” likely has seen such a weapon in toy form. It is the gun with the bipod the machine gunner is using. The modular design proved innovative – probably too innovative. It provided opportunity to swap from rifle to carbine to machine gun by swapping out parts. It could fire from a rear loading magazine as a rifle/carbine or light machine gun with top loading magazine or even via a belt as a squad automatic weapon.

The two main versions produced hit about 4,000 in production. The Stoner 63 even saw some use in Vietnam as well as in the invasion of Grenada. While SEALs and other units liked the Stoner 63, it never earned wide acceptance. It will, however, live on with those toy soldiers.