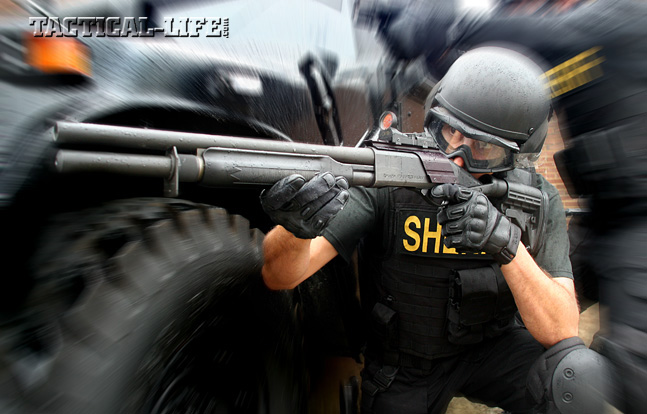 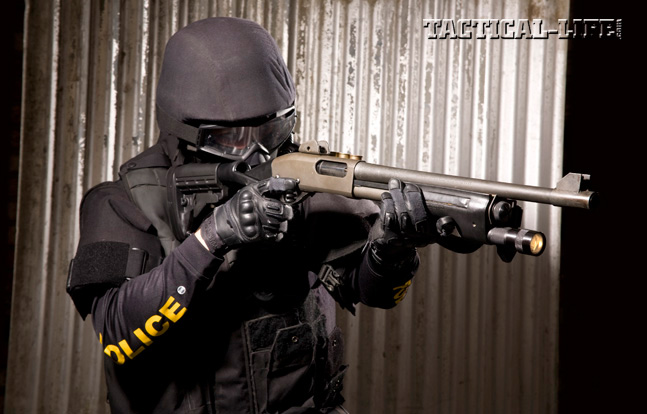 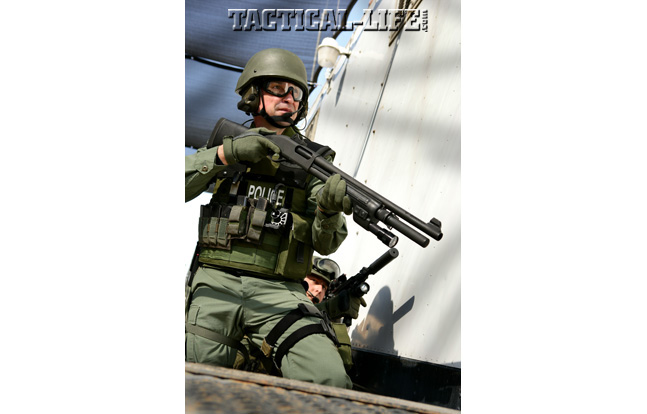 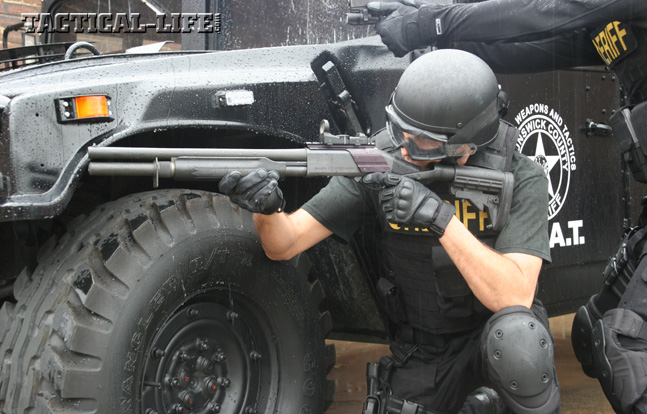 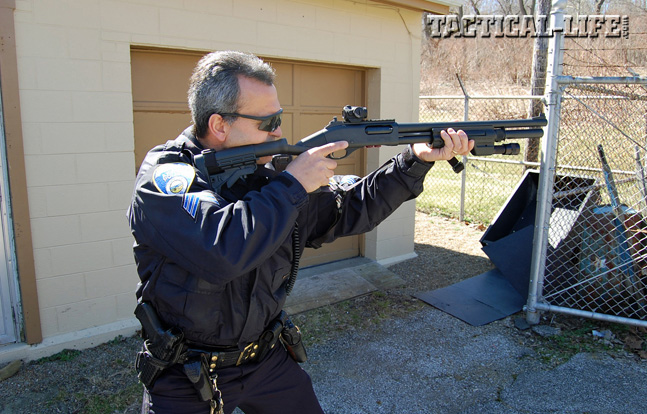 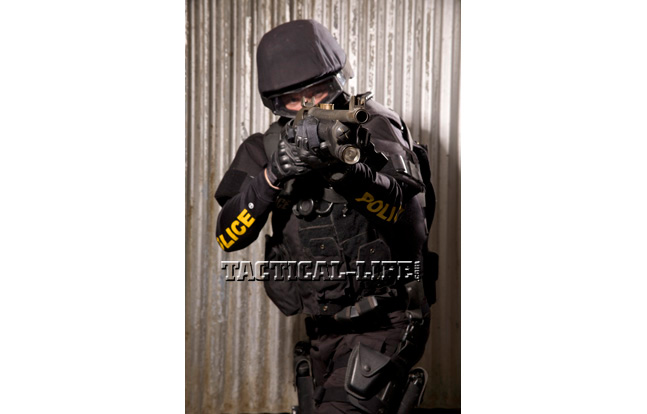 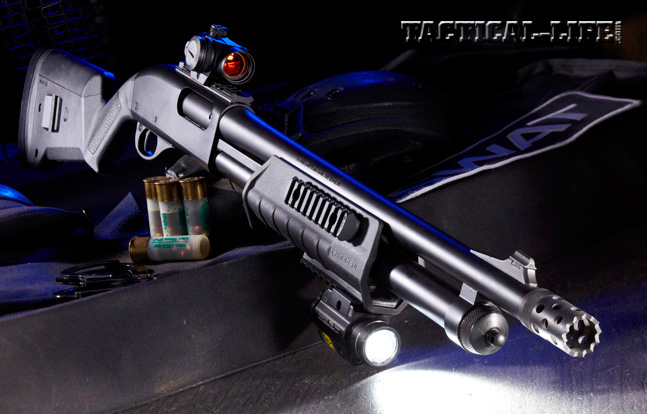 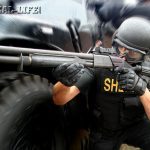 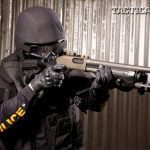 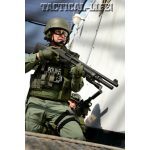 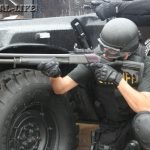 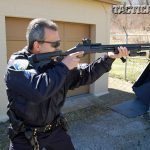 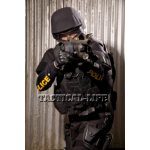 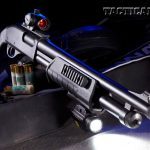 When I started this LE adventure, I didn’t even have a shotgun. Oh sure, I had trained with a shotgun in my first academy in 1982. Back then, we used the “ubiquitous” Remington 870 pump action. Usually shotguns were of the 18-inch-barreled, bead-sighted variety. The 12-gauge police fodder was 00 buckshot. We didn’t shoot slugs in LE at that time in the academy, and there was no such thing as a “reduced recoil” load. Smaller-statured male and female officers hated the “riot gun,” as it was called. Poor instruction on poor shooter technique, coupled with stout recoil, meant a lot of officers were bruised and battered. As I can remember, we were taught the “English” shotgun method—you racked the pump action, then fired in one motion and did not operate with a round in the chamber.

I continued to read, study and train after the academy to learn more about the firearms and tactical training I felt would help keep me alive. Work by former Gunsite Instructor Chuck Taylor and his The Combat Shotgun and Submachine Gun (Paladin Press, 1985) gave me a better understanding of the use of the 12-gauge pump shotgun. I learned about patterning and different shooting techniques from Taylor, and my skills and confidence improved tremendously.

Working patrol back in the day for the sheriff’s office, I used to carry my own 12-gauge pump shotgun in the front seat. Around that time, Choate Machine & Tool came out with the first extended magazine. The kit came with a tube extension that threaded onto the existing magazine and a new spring that upped the rounds on board from four to seven. In addition, I bought a leather spare shell carrier that laced onto the wooden buttstock. This butt cuff allowed me to carry six spare 00 buckshot shells. We had bench—not bucket—seats then, and I could lay my gun case on the floor just in front of the front seat.

Shotguns were the “field artillery” of law enforcement at that time, and they were getting more attention. In the book Street Survival: Tactics for Armed Encounters (Calibre Press, 1980), which I gobbled up, I learned to speed-load the pump shotgun by dropping a shell into the open ejection port and closing the action.

When I was hired to work with my current agency, I received much better shotgun training at the state academy. We learned to rack the action and chamber a round upon deployment as well as other more relevant shotgun shooting methods.

As I said to start this piece, when I entered law enforcement my agency did not field shotguns. My new urban agency I started with in 1990 was a different story. On the passenger’s side of the front seat of every marked car was a Remington 870 pump shotgun. Held in place by an electric gunlock, the patrol shotgun could be accessed by pressing a button on the Converta-Com radio console that was mounted to the top of the transmission hump between the driver and passenger. The lock was on a timer—after pressing the button, you had to reach down and open the steel jaw on the lock. On hot calls, if the shotgun was anticipated, we would hit the button and open the lock, which allowed for quicker access. I hit the streets in mid-June on night shift—and I hit them running. My first callout on my first shift involved a drive-by shooting in a housing project, and it only got busier.

Within my first three months I had pointed the Remington 870 at six people. I can still remember the faces of the bad guys as I pointed that 12-gauge scattergun at their center-mass and racked the action. There’s a lot of truth in the old police line about the intimidation factor of the pump-action shotgun.

When I went on to work the busiest car in my city from 7:30 at night until 3:30 in the morning, a Remington 870 was our constant companion. My partner and I both carried S&W 5906, 15-shot, 9mm semi-auto pistols and S&W 3913 single-column 9mms as backup guns (inside our shirts in Horan Hideout holsters attached to the straps of our body armor), but we always made sure we had an 870 as well. Dealing with and arresting gangbangers, dopers and a variety of violent folks on a nightly basis, we wanted the chips stacked in our favor, and the respect of a 12 gauge on the street never lost its impact.

Many modifications and accessories have been offered up for the Remington 870 shotgun. Happily, you can now get most of these modifications and a few more directly from the factory. Ghost-ring sights, tactical/adjustable stocks, slings and swivels can be purchased as packages directly from Remington. A couple of years ago I had the opportunity to attend a Remington event at the famed Gunsite Academy. The shotguns I got to shoot that day and since bear little resemblance to the old, beat up, wooden-stock riot gun I encountered in 1982. With polymer stocks and more enhancements, the new 870 shotguns have taken a 1950 design and improved it. The new 870 has all the bang and much more for the buck than just a modified fowling piece.

In 2009, Remington announced that the ten millionth 870 had rolled off the assembly line. That’s a lot of pump shotguns, and it certainly indicates the design has survived the test of time. The Remington 870 still has a lot going for it, and I suspect it will be in patrol cars worldwide for some time to come. For more information, visit remingtonle.com or call 800-243-9700. 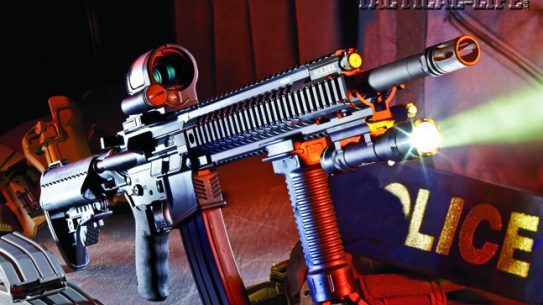 The Huldra Mark IV rifle is a piston-driven 5.56mm powerhouse born for harsh use...