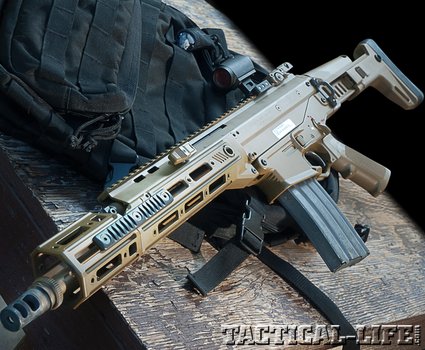 It’s well known that Freedom Group bought Bushmaster along with several other firearms companies, the largest and oldest of which was Remington Arms Company. Various Freedom Group subsidiaries have since formed alliances, one of which has resulted in the Remington Defense ACR line of weapons first introduced to the commercial and LE markets by Bushmaster.

Remington Defense’s staff is stacked with a who’s who of top-tier retired and ex-military snipers and operators. This band of brothers brings a lot of practical experience to Remington’s product development. One of their latest projects was taking the Masada and turning it into a weapon that would qualify and compete in the U.S. military’s carbine trials. 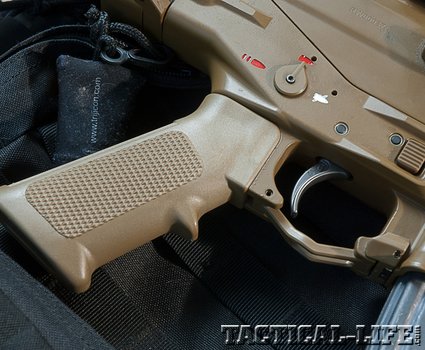 The ACR-IC features a Geissele Automatics full-auto fire-control group, which has a match-quality single-stage trigger.

My first introduction to the ACR was last March, when Remington hosted a writer’s seminar at Gunsite Academy. Greg Baradat and Robby Johnson (former Army snipers with plenty of combat experience and current employees of Remington Defense, where Baradat is a director) shared their perspectives on the new Remington ACR-IC. My range time with the ACR at Gunsite was limited to about four magazines, at targets set at 25 yards. The introduction at Gunsite was entertaining, but it didn’t give me a good frame of reference for comparing the ACR-IC with other weapon systems that I had evaluated for this magazine. So, for a more in-depth shooting session, I connected with Baradat and Johnson at Fernan Rod & Gun Club’s shooting range in Couer d’ Alene, Idaho. 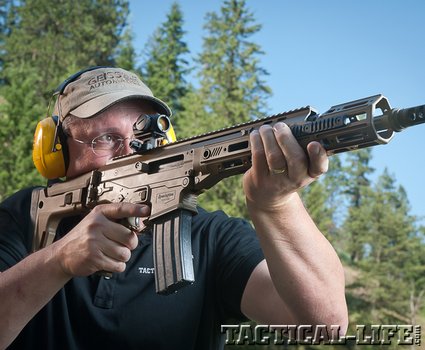 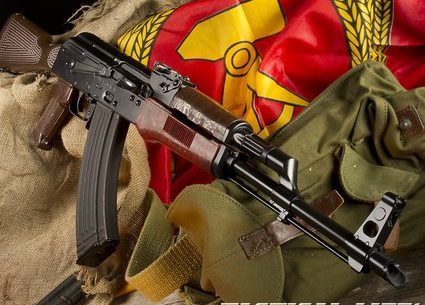