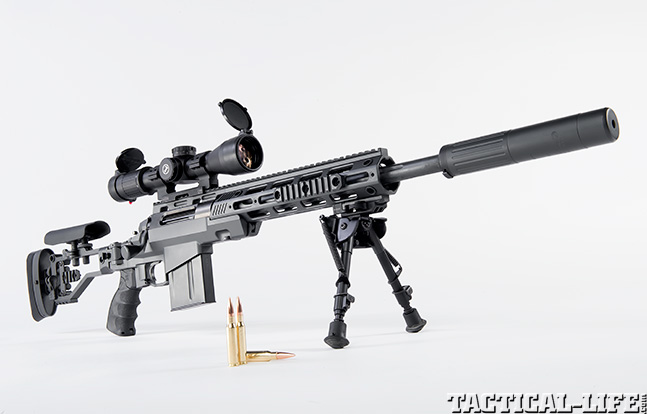 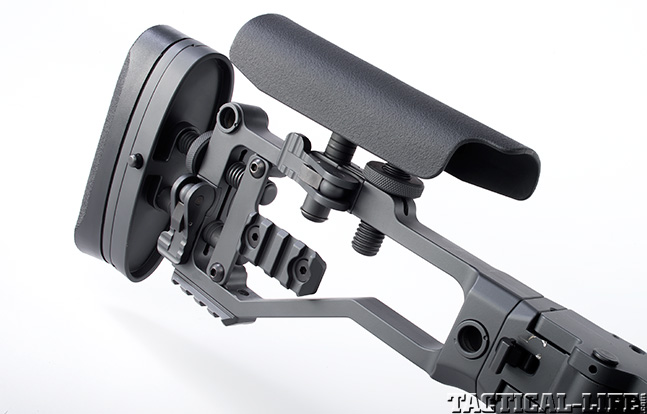 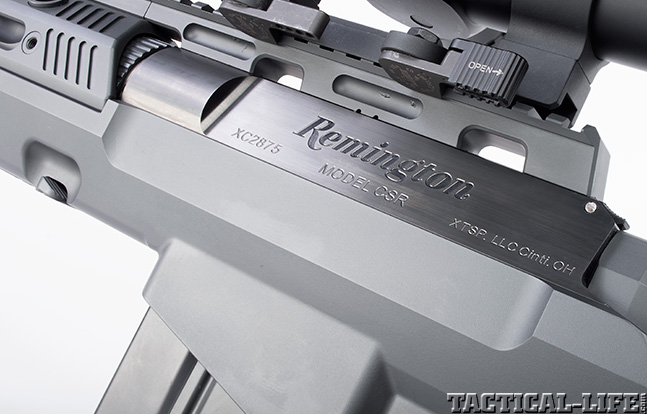 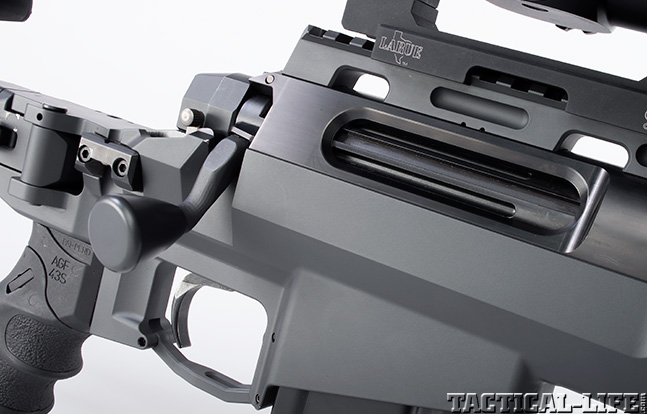 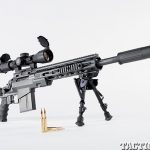 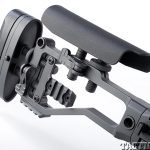 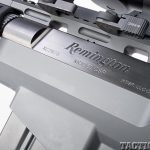 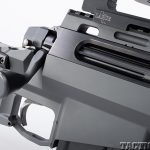 The newest Remington warfighter, the Concealable Sniper Rifle (CSR), comes from a long lineage of rifles born for the battlefield. In the upcoming September 2014 issue of TACTICAL WEAPONS, author Andre’ M. Dall’au goes behind the scenes to test-fire this new rifle.

Dall’au writes, “With its 14-inch barrel, the new CSR weighs 9.25 pounds unloaded. It’s also designed so it can be disassembled into five pieces (via a throw lever under the barrel) making it easy to fit into a suitcase or backpack, and then reassembled in less than a minute with absolutely no loss of zero. That means a sniper can covertly carry and deploy while maintaining the lethality of the CSR’s 7.62mm NATO chambering.

“Remington Defense builds the CSR on its lightweight Remington Arms Chassis System (RACS) with a right-side-folding buttstock that is fully adjustable for length of pull and cheek height. The handguard is also modular, as operators can add or remove accessory rails where needed. The CSR’s action uses a bolt similar to the Remington MSR’s with a shortened, 60-degree throw as well as a detachable magazine and a two-position safety. A 20-inch-barreled version of the CSR is in the works, as well as alternative chamberings. Finally, the CSR comes in a package with a Leupold 3-18x44mm Mark 6 scope as well as an AAC 762-SDN-6 sound suppressor.

“How accurate is the CSR? Members of the U.S. Army Marksmanship Unit, Sergeant Tyler Payne and Sergeant First Class Daniel Horner, who have previously won both international and special operations sniper competitions in 2013 and 2014, used the Remington CSR at the 2014 Mammoth Sniper Challenge, which is a three-day precision rifle shooting competition held at the Rockcastle Shooting Center in Park City, Ky. In the “Extreme Tough Man Match” where both the shooters and their equipment are subjected to several days of living and shooting in the field with no resupply, Payne and Horner took top honors, beating the second-place sniper team by 40 points.” 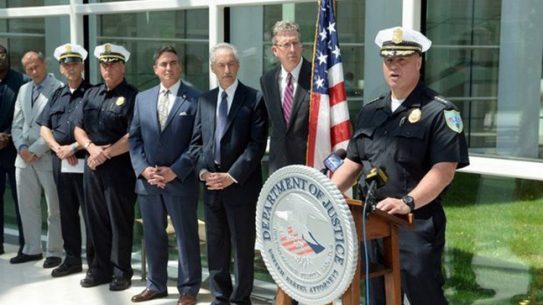