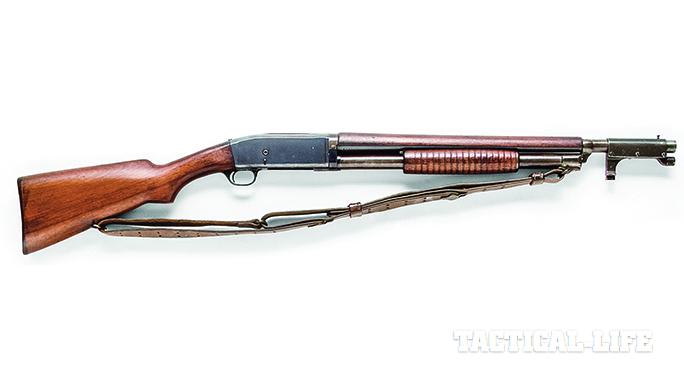 1 of 9
Remington Model 10
While the Winchester Model 1897 was the most widely issued shotgun for U.S. soldiers in WWI, Remington’s Model 10 also helped tame the trenches. 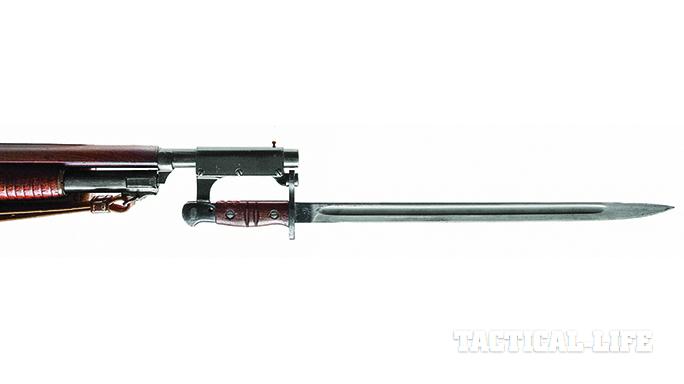 2 of 9
Remington Model 10
Remington added a special assembly that allowed the trench gun version of the Model 10 to mount the Model 1917 U.S. Enfield bayonet for close-quarters battle. 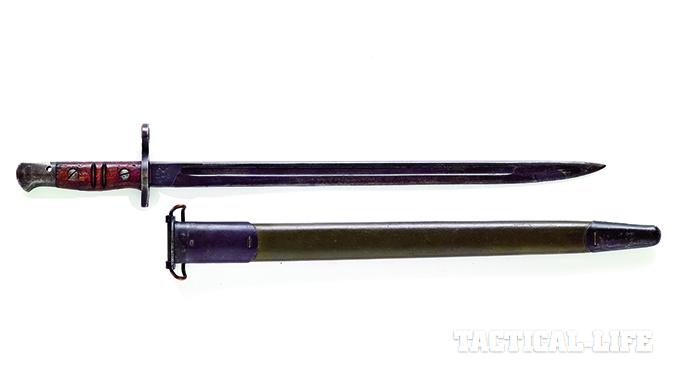 3 of 9
Remington Model 10
Winchester was also making Model 1917 rifles and bayonets when it came time to produce its first trench guns. 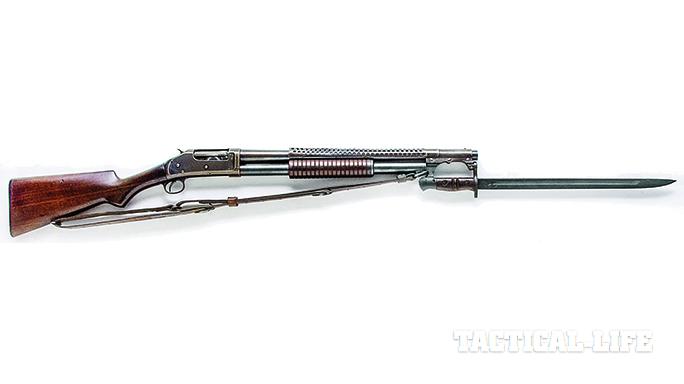 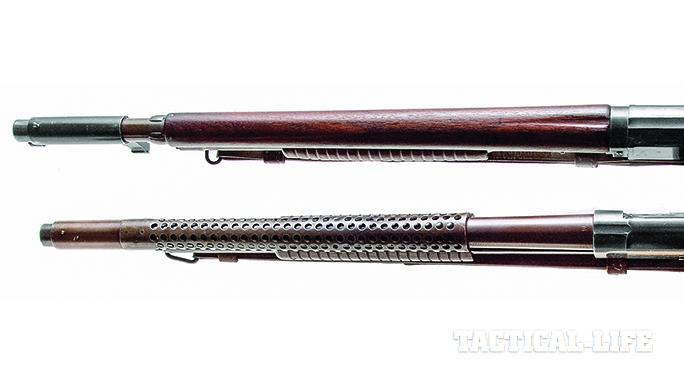 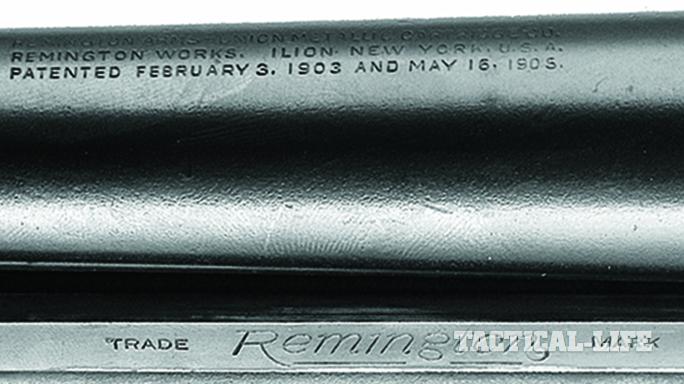 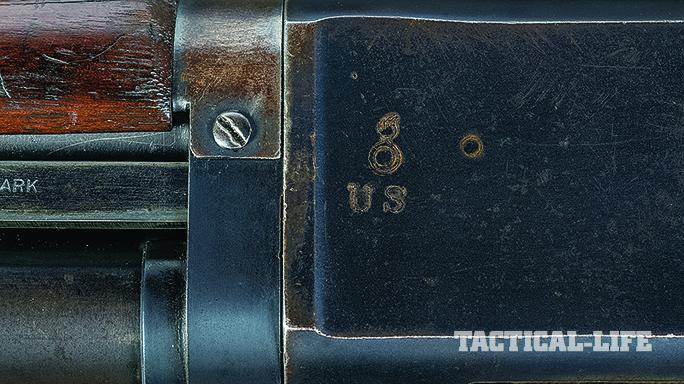 7 of 9
Remington Model 10
After being approved for the U.S. military, “US” and the Ordnance Department’s “flaming bomb” insignia were hand-stamped on the left side of the Model 10 trench gun’s receiver, just before the barrel and handguard.

8 of 9
Remington Model 10
In addition to 3,500 Model 10 trench guns, the U.S. Army also had about 1,150 Model 10 riot guns. These guns came with shorter 20-inch barrels and lacked the trench guns’ handguards, bayonet adapters and sling swivels. 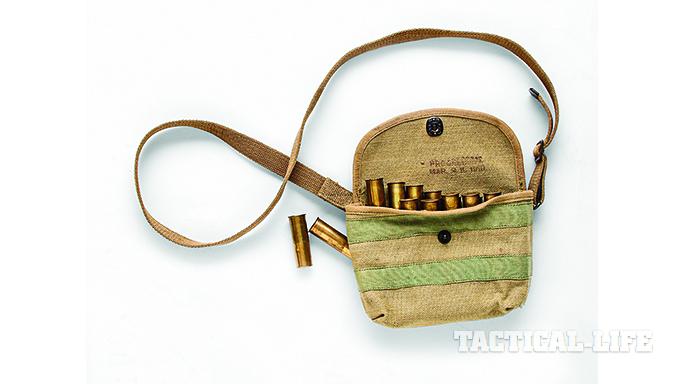 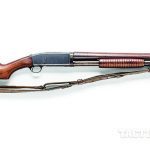 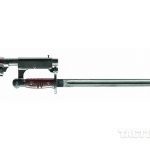 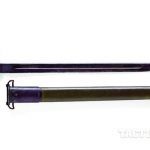 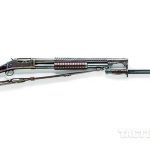 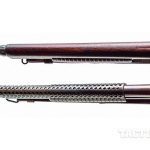 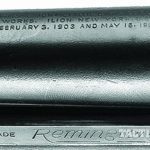 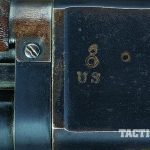 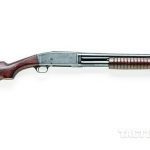 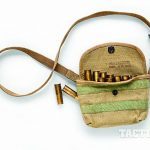 One of the most interesting American weapons of World War I was the “trench gun.” For anyone with a modicum of knowledge on the subject, the mention of a trench gun almost always invokes mental images of the Winchester Model 1897 shotgun fitted with a ventilated metal handguard and bayonet adapter assembly.

This image is certainly understandable because the Model 1897 was indeed the most widely issued and recognizable combat shotgun given to our Doughboys in WWI. However, contrary to popular opinion, it was not the only trench gun fielded in the war. In order to supplement the Winchester Model 1897 trench gun, Remington also produced a trench gun variant of its Model 10 pump-action shotgun. 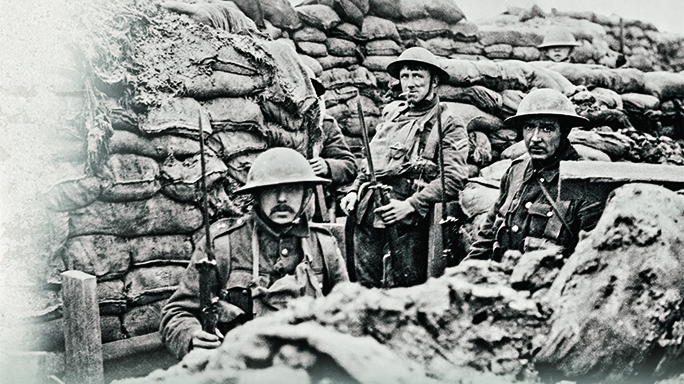 To digress a bit, the term “trench gun” was never an official designation but was widely used to denote a short-barrel “riot gun” fitted with a handguard, bayonet adapter and sling swivels. When the U.S. entered WWI in the spring of 1917, none of the belligerent nations fielded a purpose-designed combat shotgun.

The commander of the Allied Expeditionary Force (AEF), General John Pershing, had seen extensive duty in the Philippine “Insurrection” of 1899 to 1902. During this campaign, the U.S. Army acquired a number of Winchester Model 1897 riot guns (featuring a short barrel with no provision for attaching a bayonet) for use in battling the fierce Moro tribesmen who were notorious for brutally attacking American soldiers with bolos and other edged weapons in close-quarter fighting. The U.S. Army’s standard .30-40 Krag-Jørgensen rifles and .38-caliber revolvers proved ineffective in this type of combat. It was soon realized that a 12-gauge repeating shotgun loaded with 00 buckshot could be an effective man-stopper in such situations, and their effectiveness in the Philippines was not lost on General Pershing.

When he was appointed commander of the AEF, one of Pershing’s primary goals was to limit his men’s exposure to the bloody, waste­ful and often foolish tactics that had been employed on both sides in the trench warfare environment of the Western Front. Although the U.S. military was blessed to have the superb Springfield M1903 rifle and Colt M1911 pistol in its small-arms arsenal, a special weapon to aid our troops in trench warfare was desired. As Bo Barbour wrote in a Military Police article, “The conventional bolt-action infantry rifle was too long and lacked the firepower needed to overcome the interlocking trenches and determined German defenders carrying machine guns. [With repeating shotguns] the infantryman breaking into a trench could sweep both sides of it with multiple buckshot rounds…A soldier with a shotgun, exceptionally fast to pump and fire, could quickly suppress German trench assaults and clear suspicious dugouts with devastating effectiveness.”

General Pershing strongly backed the concept and ordered the development and procurement of a specially designed combat shotgun as soon as possible. Since the Winchester Model 1897 had already proven itself in combat, it was decided to base the design of the new “trench gun” on this weapon.

One of the new gun’s design requirements was the ability to mount a bayonet. Winchester, Springfield Armory and the Ordnance Department jointly developed an adapter assembly. This assembly consisted of a ventilated metal handguard to provide protection from the heat generated when gripping the barrel and a bayonet lug to accept the Model 1917 U.S. Enfield bayonet. This bayonet was utilized because of the large number on hand to equip the standardized Model 1917 rifle and, perhaps, because Winchester was already manufacturing the bayonet. The new combat shotgun was also fitted with sling swivels to accommodate the standard rifle slings in use by the U.S. military. Like the earlier Model 1897 riot guns, the new trench gun had a 20-inch, cylinder-bore barrel.

The Winchester Model 1897 trench gun was ordered into immediate production, and the company eventually manufactured some 25,000 guns for the American government before production was halted in early 1919. As the Winchester shotguns began to arrive in France and their effectiveness became apparent, frontline combat units demanded more of the weapons. Since Winchester was already operating at peak capacity to manufacture Model 1917 rifles, Model 1918 Browning Automatic Rifles (BARs) and Model 1897 shotguns as well as other weapons, another source of trench guns was sought.

To this end, Remington submitted to the Ordnance Department a version of its 12-gauge Model 10 pump-action shotgun with a specially designed handguard and bayonet adapter. The Remington Model 10 was introduced in 1908 and differed from the Winchester Model 1897 in several respects. The Model 10 was a hammerless design that loaded and ejected from a port in the bottom of the receiver. As was the case with its Winchester counterpart, the Remington shotgun had a capacity of 5+1 rounds.

The Remington Model 10 trench gun had a 23-inch barrel and was fitted with sling swivels. Rather than use the same metal, one-piece handguard/bayonet assembly of the Model 1897, Remington elected to develop a wooden handguard with a separate bayonet attachment also designed for the M1917 bayonet. The wooden handguard was attached to the gun by metal flanges, and the bayonet adapter was secured to the end of the barrel by three transverse-mounted screws.

Like what you’re reading? Check out the rest of this article in ‘Military Surplus’ #188. For information on how to subscribe, please email [email protected]outdoorgroupmags.com or call 1-800-284-5668. 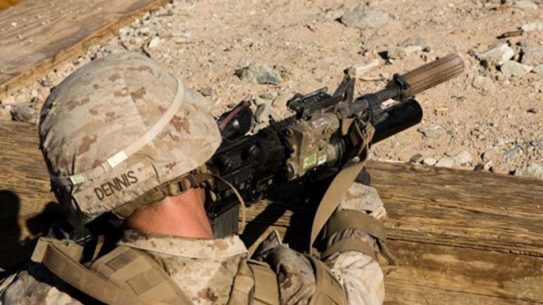 The U.S. Marine Corps is outfitting an entire infantry battalion with suppressors on their...