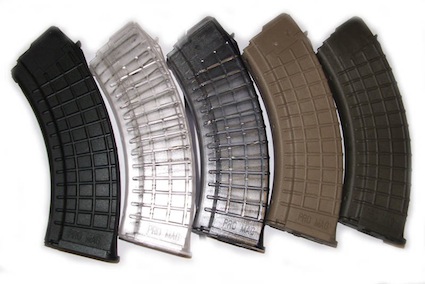 Polymer rifle magazines, preferred by many troops for their durability, have been banned by the Marine Corps, according to a new administrative message published Monday. Effective immediately, only standard-issue 5.56mm metal magazines are approved, according to the message, signed by Lt. Gen. Richard Mills, the Marine Corps’ deputy commandant for combat development and integration.

Marine officials began ad hoc bans on polymer magazines last year, citing concerns over their lack of compatibility with select weapons. The new message from Mills, who doubles as the commanding general of Marine Corps Combat Development Command, makes the ban official across the force.

Image: a51tactical.com Polymer rifle magazines, preferred by many troops for their durability, have been…