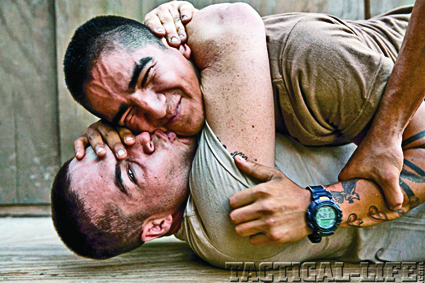 Regardless of one’s feelings about war, everyone should see National Geographic’s Restrepo by filmmakers Tim Hetherington and Sebastian Junger. This gritty documentary gives an objective, detailed look at what our troops are facing on today’s modern and complicated battlefield. It is important to note that the title of the documentary is in honor of Juan “Doc” Restrepo, a soldier with the 2nd Battalion, 503rd Infantry Regiment, 173rd Airborne Brigade Combat Team who was killed in action early in the deployment. Honoring their dead comrade, the soldiers of 2nd Platoon, Battle Company, take over the former enemy position that was used to kill their friend and build an outpost overlooking the valley, giving them a strategic advantage over the insurgents. 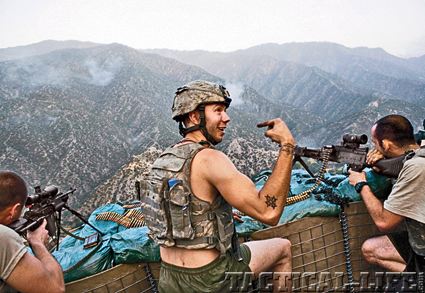 Media, movies, and video games that give a detached representation of modern day military operations seem to focus on, and greatly stress, the difficulties of fighting in an urban environment. While house-to-house fighting is indeed common in Afghanistan, the mountainous terrain is the dominant factor. The method in which the soldiers are fighting and defending themselves against the enemy echo the training that was stressed during the 1980s in preparation for war with the Russians. Elaborate fighting positions are prepared as the soldiers dig in, building sandbag bunkers with machine gun positions to command avenues of approach. In the middle of nowhere, the conditions at OP Restrepo are harsh. The men have no access to plumbing, a field kitchen, or any of the common comforts that are part of an established base. 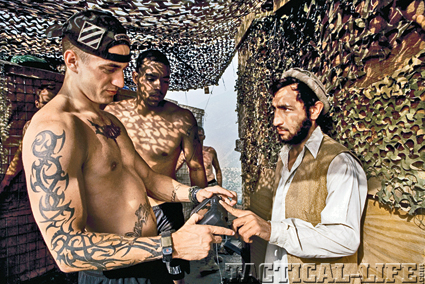 Sergeant Tanner Stichter takes the finger print of a local Korengali stopped outside Outpost Restrepo using a ‘Hyde’ system that logs information and data about suspects in the valley.

In addition to footage from the deployment, the documentary features interviews with grunts, NCOs and officers in command positions after they return from Afghanistan. As they recall their experiences, it becomes a more personal and one-on-one experience with the audience. These men range in age from their late teens to their late 30s. They are sons, brothers, husbands; men who have experienced war, lost friends and survived the cauldron of combat—men who have been away from those they love. 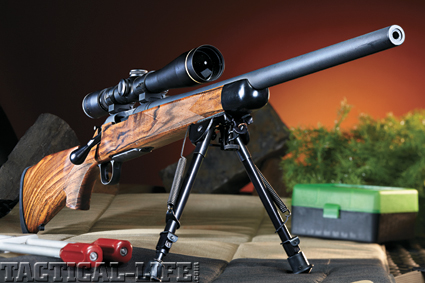