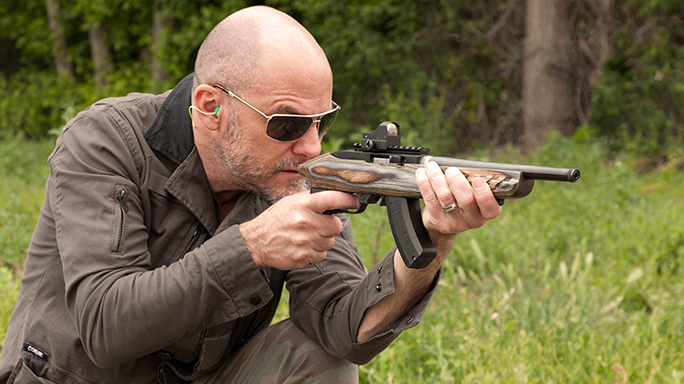 1 of 3
Redesigned & Ready: The Return of Ruger’s .22 Charger
Ruger’s Charger has returned in both fixed-barrel and takedown variants! 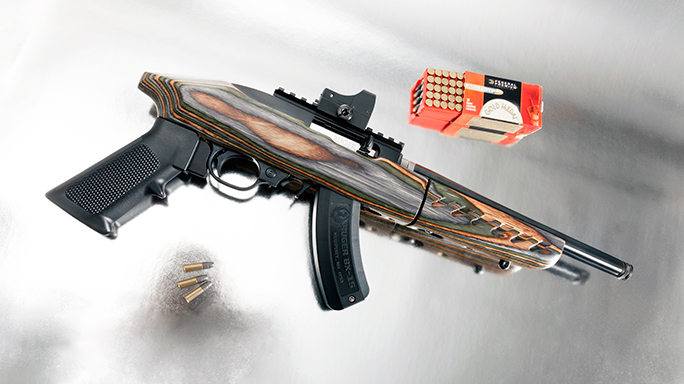 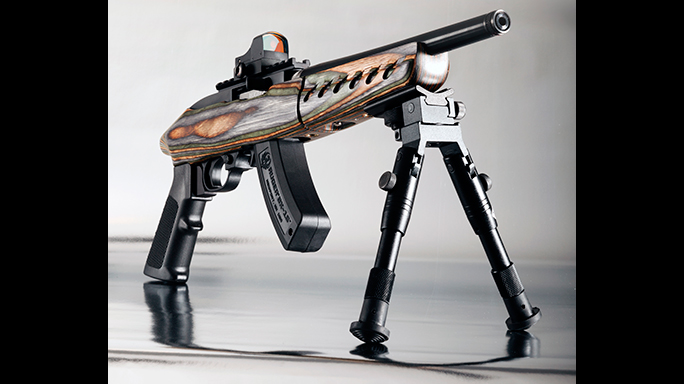 3 of 3
Redesigned & Ready: The Return of Ruger’s .22 Charger
“Another feature that captures your attention is a threaded muzzle, which appears on both variants. This allows for the ready installation of a suppressor.” 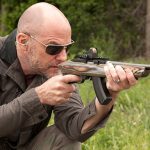 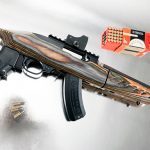 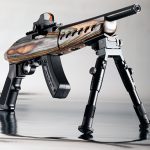 I saw my first Ruger 22 Charger soon after it was introduced in 2007. It was a unique-looking firearm—a cross between Ruger’s wildly popular 10/22 rifle and a rimfire pistol. At first glance, it looked like neither fish nor fowl.

I soon got my hands on one of these hybrid handguns to test. Its unorthodox appearance didn’t endear me to the Charger at first. The gun came complete with a folding bipod, but the weirdly shaped pistol grip had a rounded bottom, which resisted solid seating on a shooting bench. The original Charger sported a cantilevered, underslung forend, while the top of the grip extended rearward 0.75 inches or so. This was a decidedly unconventional-looking handgun.

Like all Ruger 10/22s, the Charger shot very well. As I recall, its accuracy was excellent, as was its feeding and firing reliability. At the same time, the Charger felt awkward in my hands, and it really demanded to be shot from a stationary rest. I’ve owned several conventional 10/22 rifles, and that first Charger never really grabbed me. I ultimately returned it to Ruger when the testing was over.

For whatever reason, the Charger was later discontinued. Now it’s been redesigned and reintroduced in two separate (much improved) versions. The most interesting is the Takedown model, which borrows this feature from the highly popular 10/22 Takedown rifle.

This ingenious design features a barrel with an external locking lug that rotates into a slot in the receiver. Turning a knurled knob adjusts the slot to a minimum size to firmly lock the barrel in place. I acquired a 10/22 Takedown rifle soon after it appeared on the scene. The feature has undeniable appeal to gadget-minded shooters.

Another feature that captures your attention is a threaded muzzle, which appears on both variants. This allows for the ready installation of a suppressor.

Now, a suppressor is a fine idea. While most folks pay little attention to the seemingly innocuous report created by rimfire firearms, the fact is these low-recoiling firearms actually generate enough decibels to cause permanent hearing damage. I was finally convinced of that years ago while testing several .22 rifles at the range. Because the sound created didn’t seem to “hurt” my ears, I followed my usual practice of dispensing with hearing protection. After firing several rounds, I developed a low-grade headache. Recalling what I’d once read about rimfire hearing damage, I placed a muff-type protector over my ears and the headache soon disappeared—and the groups I was firing grew steadily smaller. That made me a believer. I’ve since worn hearing protection every time I fire any gun. After all, hearing damage is irreversible.

A suppressed Charger pistol creates less noise, which is welcome when you’re shooting near populated areas or you’re trying to clean up a prairie dog town without spooking targets nearby.

Assembling/disassembling the Takedown Charger is simplicity itself. Once the slot size has been properly adjusted, the barrel is inserted into the receiver and turned clockwise until it locks in place. Then you turn a knurled knob counterclockwise to anchor the barrel in place. The drill is to tighten the knob as far as you can, then back it off a turn or two. Finally, retract and release the charging handle a couple of times with an empty chamber (first making sure the firearm is pointed in a safe direction). This seats the barrel assembly. I did this each time I assembled the Charger, and the gun held its zero reliably.

Each Charger’s trigger action was excellent. Both guns registered even 4-pound let-offs, with no discernable creep but some overtravel. Both guns featured an extended magazine release and Ruger’s positive crossbolt safeties. Each Charger comes equipped with Ruger’s brand-new BX-15 magazine. Unlike the standard Ruger 10/22 magazines, this design features an extended, curved body that projects from the bottom of the receiver. It holds 15 rounds and appears to be as reliable as its flush-fitting cousin. There’s also a 25-round BX-25 magazine available, but this projects too far to be practical when the Charger is fired from the bench.

The pistol also comes with a short, folding bipod, which is a big aid when firing from a bench. I found this the most practical way to use this gun. Firing it off-hand is awkward, and holding the muzzle-heavy pistol at arm’s length is tiring and is less accurate. In short, this is a gun designed and intended to be used on a bench or a similar rest.

The standard Charger allows the bipod to be quickly attached or detached from the front sling swivel. The Takedown version requires an adapter (furnished) that allows this attachment. Both of the new Chargers feature a synthetic AR-15-style pistol grip, which I find much preferable to the sculpted wood grip found on the original Charger. The Takedown Charger wears a Green Mountain laminate stock, while the standard version has a brown laminate stock.

I mounted a UTAC Tactical red-dot scope on the gun’s Picattiny rail. The original Charger had a less versatile rail that accommodated fewer optics. This new rail, however, accepts most sights.

When I fired the gun from a benchrest at 50 yards, groups regularly averaged right around the 1-inch mark. The best five-shot group measured 0.75 inches between centers, while the worst went into 1.25 inches. That’s excellent (and consistent) performance from this little hybrid. When I fired the standard Charger, the results were virtually identical.

The new BX-15 and standard rotary magazines can absolutely be relied upon. As for the guns themselves, the Chargers’ reliability proved absolutely perfect, which is no surprise with the stellar feeding and firing record all Ruger 10/22s have long been famous for. 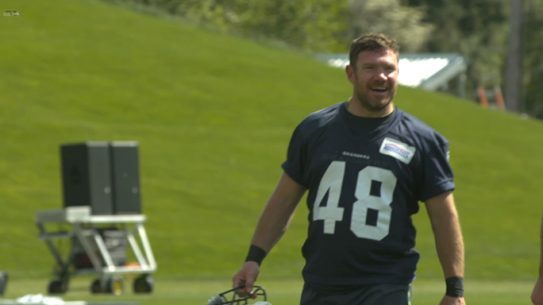 Long snapper Nate Boyer says his experience with the Seattle Seahawks was a 'dream...