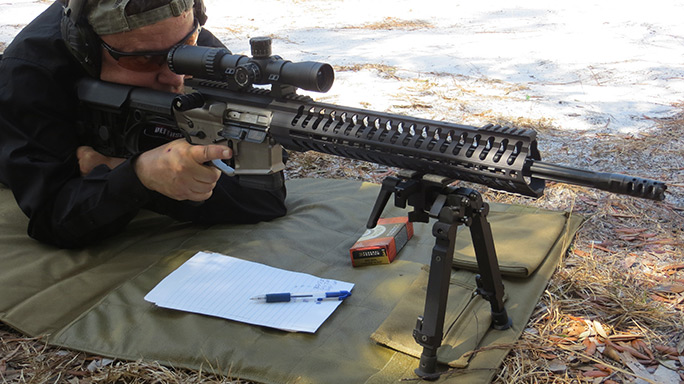 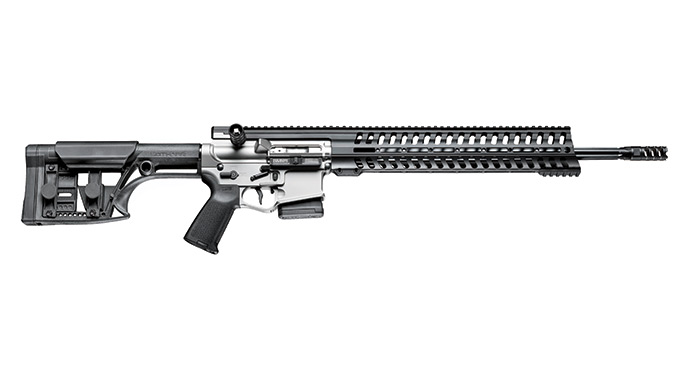 2 of 4
Gun Review: Patriot Ordnance’s 5.56mm ReVolt Rifle
The ReVolt Light may look like a semi-auto AR-15, but it is actually a manually operated bolt action offering outstanding accuracy to shooters in any state. 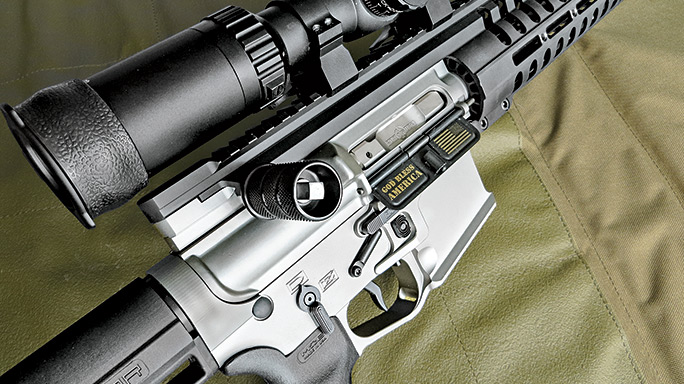 3 of 4
Gun Review: Patriot Ordnance’s 5.56mm ReVolt Rifle
The bolt is operated via ambidextrous roller knobs present on both sides of the receiver that are smooth and fast to manipulate. 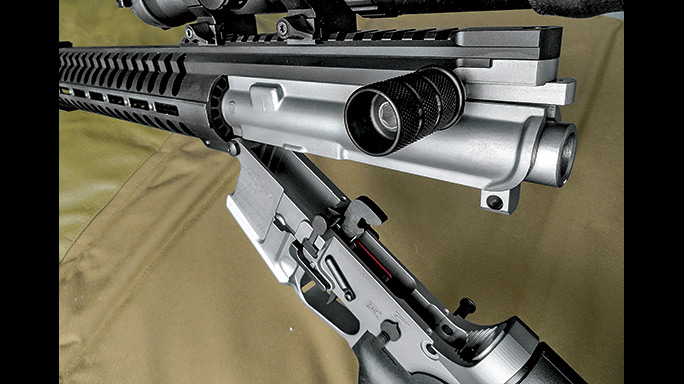 4 of 4
Gun Review: Patriot Ordnance’s 5.56mm ReVolt Rifle
The ReVolt Light disassembles like any other AR, and shooters can easily install a semi-auto AR-15 upper on the ReVolt Light’s lower receiver. 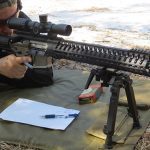 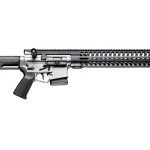 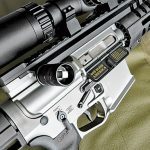 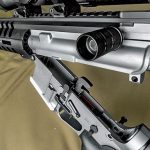 Take a bunch of bureaucrats, lock them in a room, ask them to define an “assault rifle” and then have them brief politicians on their findings. The result will be an awful definition of what an “assault rifle” is or isn’t. It might be easier to read and understand a textbook on quantum physics than the New York and California AR rifle compliance laws. These are the types of laws that caused the original 13 colonies to revolt. These laws have also spawned versions of ARs that look like they fit the bureaucrats’ definitions, but these guns are really thumbing their noses at the political prattle. Some firearm manufacturers have created rifles that look and operate like an AR, but are not technically an AR. The ReVolt from Patriot Ordnance, or POF-USA, is one of those rifles.

The ReVolt rifles, available in 5.56mm NATO and 7.62mm NATO as the “Light” and “Heavy” variants, respectively, share the look and fire controls of other POF-USA rifles, but they’re not semi-auto or select-fire weapons. They’re actually manually operated bolt-action rifles with 10-round magazines, and they are perfectly legal in all 50 states.

Right out of the box, the ReVolt Light handles and balances like POF-USA’s semi-auto rifles. The first thing you’ll notice is the roller-style, straight-pull charging handle. Large and ambidextrous, the charging handle is designed to function with little manual effort. It’s attached to the bolt carrier group similar to the setup of a direct impingement or piston-operated AR.

The other obvious difference between the ReVolt Light and a standard AR is the lack of a gas system. There’s no gas tube or gas block. Again, as much as it looks like a wicked AR, it is a manually operated bolt-action rifle. Swap out the upper and the ReVolt can be converted to a traditional semi-automatic AR, making this rifle ready for any mission or location.

While the upper receiver of the ReVolt is different, many of its features will be intimately familiar to AR shooters. The 18.5-inch, heavy-contour barrel is deeply fluted and sports a POF Triple Port muzzle brake. The barrel has a 1-in-8-inch twist rate, so it should do well with bullets weighing between 50 and 80 grains. At the range, my test ReVolt Light loved Hornady’s 75-grain BTHP ammo. The chamber also features POF-USA’s E2 Dual Extraction Technology, with four small cuts that use gas pressure to push against the neck of a fired cartridge case, removing it. The barrel floats freely within POF-USA’s 14.5-inch Monolithic M Rail handguard, which features a long top rail and is Magpul M-LOK compatible along the sides and bottom.

Like all POF-USA rifles, the fire controls, including the bolt release, safety selector, bolt catch and magazine release, are ambidextrous. The ReVolt Light also has another feature that has endeared me to POF-USA rifles—a single-stage trigger designed for enhanced finger placement and set at 4 pounds. The rifle also sports KNS anti-walk pins to keep the trigger internals in place.

The remaining furniture consists of a Magpul MOE grip and a fully adjustable Luth-AR MBA stock, which is an excellent choice for long-range shooting. Both the length of pull and cheek height can be adjusted to fit every shooter.

To test the ReVolt Light, I mounted an affordable Weaver 1.5-6x32mm Kaspa scope with an illuminated Ballistic-X reticle. This is a heavy-duty, compact scope with a 30mm tube. Its overall length is about 11 inches, and it weighs a hair over 1 pound. Its field of view at 100 yards is 65.5 feet at 1.5X, and it’s 14.8 feet cranked at 6X. The tactical-style knobs can be adjusted in 0.25-MOA increments. The reticle is calibrated to a 55-grain .223/5.56mm bullet clocked at about 3,240 fps. The reticle has holdover marks dedicated for 200, 300, 400 and 500 yards. The center section of reticle lights up like a Christmas tree with a twist of the illumination rheostat, which has 11 brightness settings. I also attached a Sinclair Tactical Bipod after I screwed in a forward sling swivel stud to the handguard.

On a warm 70-degree day, I put the ReVolt through its paces in prone and kneeling positions using Winchester Super-X, Federal Premium V-Shok and Hornady Superformance Match ammo. I also ran an assortment of mixed ammo I had through the rifle to get a feel for the bolt. In the prone position, operating the bolt with my left hand (while keeping my strong hand on the pistol grip) allowed me to keep my eye on the target and rapidly reload. I quickly fell into a rhythm with the rifle, with most groups at 100 yards measuring 0.5 inches on average. Though I must admit it was odd at first to have to rack the bolt, the excellent trigger, barrel and stock enhanced the shooting experience. This rifle can provide fast follow-up shots, but of course it’s not as fast as a semi-automatic. However, POF-USA designed the rifle so that the buffer tube in the stock helps propel the bolt forward after the bolt is pulled rearward to eject a round. This helps speed things up considerabley. In short, this was a very smooth-operating setup.

Far be it for me to thumb my nose at authority, but there is a certain satisfaction in owning a gun that most bureaucrats would erroneously call an “assault rifle.” The POF-USA ReVolt is one of these rifles. It’s a high-quality bolt action designed to look and feel like an AR, and it certainly succeeds in those areas. 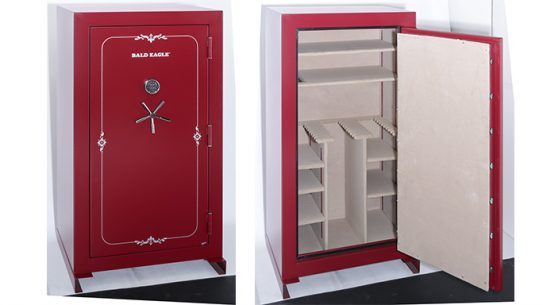 Bullets.com has released a total of three Bald Eagle Gun Safes, all of which...