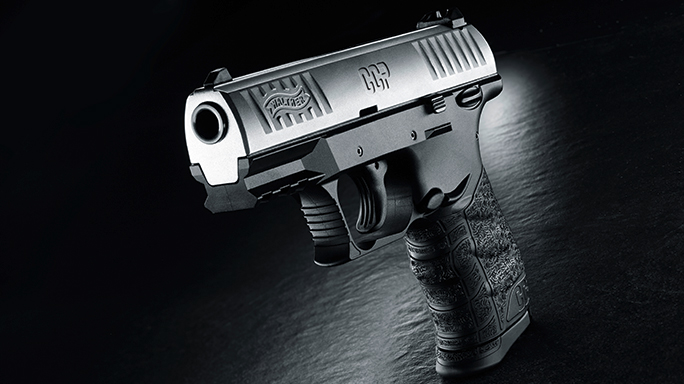 The Walther CCP features an ergonomic molded and textured polymer grip that melts into your hand.
Comment(s)

But the CCP’s most important feature lies below the surface. Instead of being recoil operated, the CCP’s action is a gas-delayed blowback operating system that Walther calls SOFTCOIL.

The SOFTCOIL technology system uses gas siphoned from the cartridge as it propels the bullet down the 3.54-inch barrel. The gas is directed through a small port in front of the chamber that delays the rearward motion of the slide. A piston located under the barrel opposes the rearward motion of the slide until the gas pressure has dropped to safe levels.

Walther states that the advantage of the SOFTCOIL operating system is reduced muzzle rise, and that the slide is more easily manipulated than slides of blowback-operated pistols like the PPK or locked-breech pistols like the PPQ M2. But I think Walther is missing one of the most important of advantages of the CCP and its SOFTCOIL design: The barrel of the CCP, like the PPK, is fixed to the frame.

Locked-breech, recoil-operated pistols use some variation of a tilting barrel design, which allows a small amount of play in the barrel during firing. This slight play prevents recoil-operated pistols from achieving the same level of accuracy that fixed-barrel guns are capable of. The fixed barrel is what makes the PPK so extraordinarily accurate, and it does the same thing for the CCP.

The CCP’s accuracy was excellent. Firing with both hands at 30 feet, the top performer was the 105-grain Guard Dog, which produced a five-shot, dead-center group measuring 1.5 inches. The average velocity was 1,128 fps. The Hornady ammo clustered into a 1-inch group. Its velocity average was 1,092 fps.

While I love Liberty’s Civil Defense ammo, the Walther did not. I had a very nice initial five-shot group that also measured 1.5 inches, but it was high and to the right of the point of aim. However, when I fired additional ultra-fast Liberty rounds through the chronograph, I got three stovepipes and some powder blowback. I am sure there are some timing issues with the gas system that don’t mesh well with the average 1,659-fps recorded velocity of the Liberty ammo. The Blazer ammo, though not as accurate, cycled flawlessly.

In the end, I really liked the CCP. It had light recoil that came straight back, with little muzzle rise, and it operated smoothly. The CCP is innovative in design yet conventional in operation. 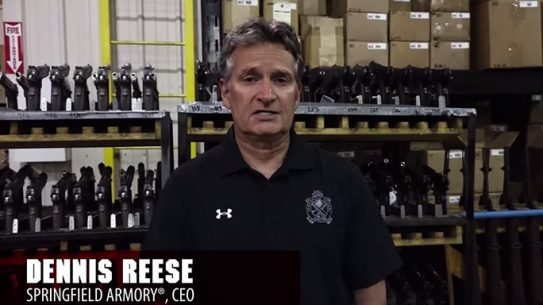 The Springfield Armory DUEL 3 promotion, which runs through September, has announced its grand...