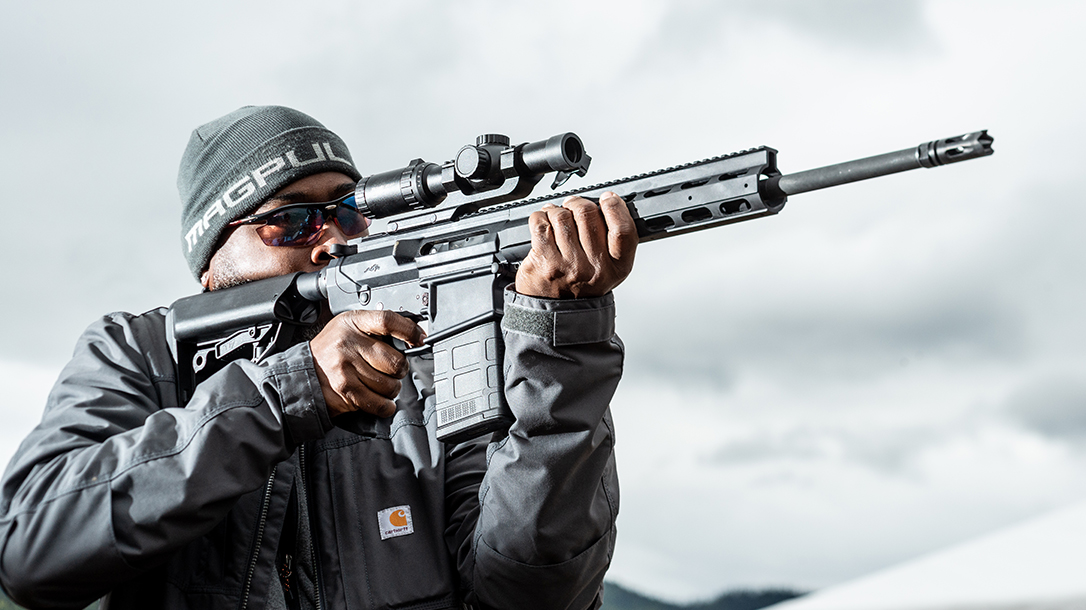 1 of 3
Photo by Alex Landeen
Anderson Manufacturing AM-10 Hunter
Most ARs will keep running if you continuously hose them down with gun oil, but this Anderson’s patented process ignores conventional wisdom by recommending that oil never touch its rifles. 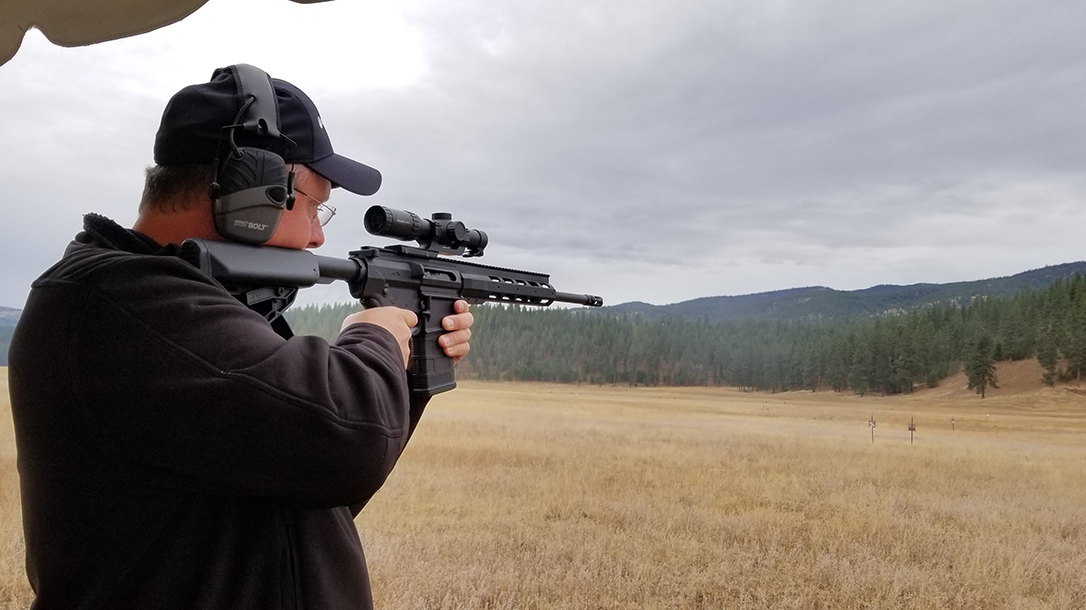 2 of 3
Photo by Jay Langston
Anderson Manufacturing AM-10 Hunter
The author on the range with the rifle at the 2018 Athlon Outdoors Rendezvous in Montana. 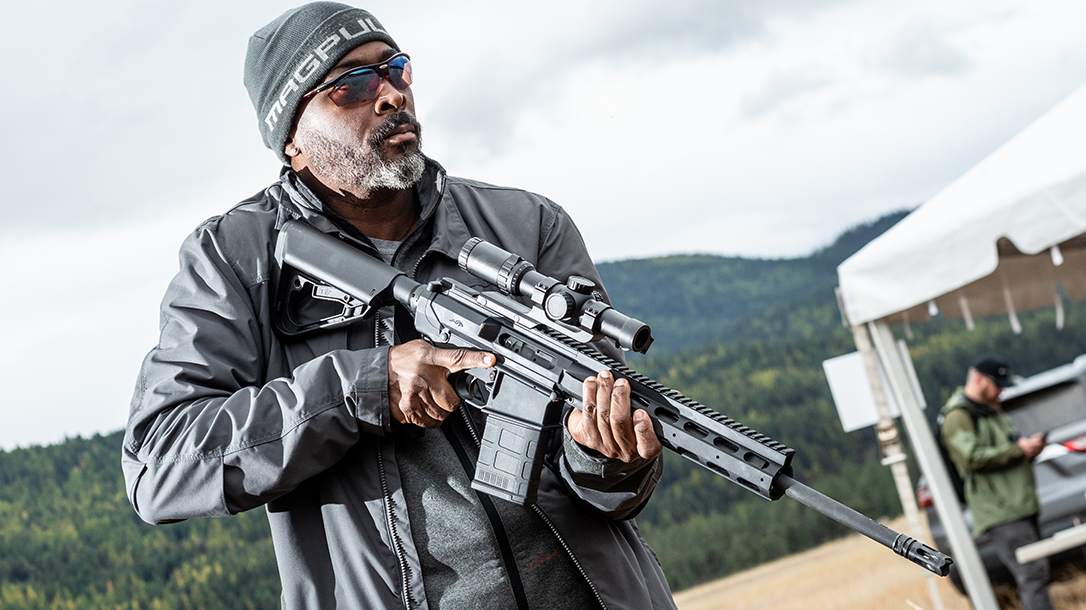 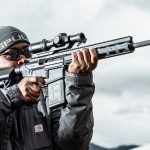 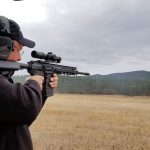 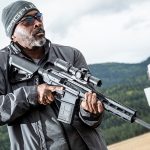 The process that goes into Anderson Manufacturing’s AM-10 Hunter rifle is a fascinating one, to say the least.

Something that sets Anderson Manufacturing’s rifles apart is that they are capable of extremely high round counts without cleaning. Most ARs will keep running if you continuously hose them down with gun oil, but this Anderson’s patented process ignores conventional wisdom by recommending that oil never touch its rifles. 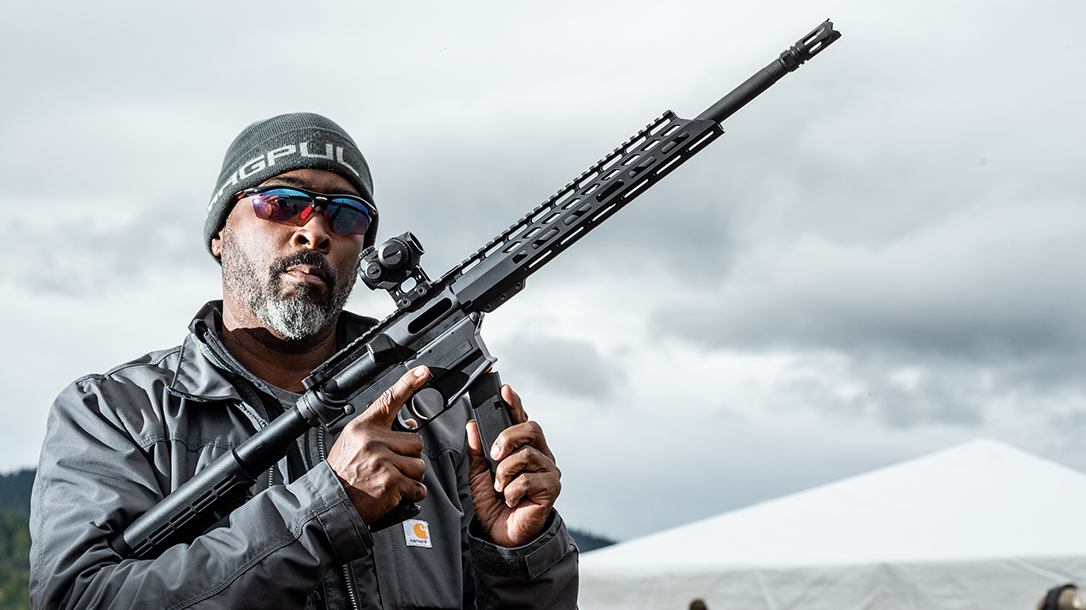 By applying the treatment to AR uppers, lowers, barrels and other parts, the Hebron, Ky., tool and die company reduced friction on moving parts by 85 percent … without lubricants. Needing a name for the metal treatment, Anderson didn’t overthink the issue and named it RF85 (Reduced Friction 85 percent).

The sales of firearms — ARs in particular — skyrocketed in the wake of the Obama election upheavals. With that in mind, Anderson Vice President of Sales Tom Steffner suggested to owner Carl Anderson that they get into the firearms business. It was a simple step to apply their knowledge of metal fabricating and treatment processes to building AR parts.

“We entered the gun market in late 2009 making OEM parts for other manufacturers,” Steffner said. “But after SHOT Show, we decided to get into building the guns ourselves in January 2010.”

“We can tell a difference in our guns,” Steffner added. “We’ve got something nobody else has with the RF85 process. We just jumped in with both feet and started building guns. The RF85 treatment isn’t marketing hype; this is something that has been scientifically proven by Oak Ridge National Laboratories.”

RF85 isn’t a surface coating, but instead adds a calcium component throughout the metal.

In a laboratory setting, a piece of the treated metal beneath the surface layer was bombarded with electrons to emit gases yielding the metal’s component materials, and the lubricating calcium-like material was detected. In other words, the RF85 treatment won’t wear off with use.

The same treatment applied to metal reduces heat from friction, too. Medical saw blades used for cutting off the bottom of the large leg bone in knee replacement surgery stayed more than 100 degrees cooler than a non-treated blade, thereby reducing bone tissue damage by half.

Oak Ridge National Laboratory tested Anderson’s rifles and found the reduction of friction on all steel surfaces reduced by 85 percent. According to Oak Ridge, the RF85-treated weapon cycles 23 percent faster and more reliably than a non-RF85-treated weapon with traditional wet lubricant.

The RF85 guns operate at cooler temperatures and experience significantly less wear, all without traditional wet lubricant. RF85-treated rifles don’t experience failures due to excess dirt and carbon fouling in the action either.

“There are several advantages associated with friction reduction in general; two of those being heat reduction and increased component life,” according to the Oak Ridge Testing report.

The RF85 treatment of Anderson’s rifles sets the manufacturer apart from other ARs in that it allows the weapon to operate efficiently without traditional “wet” lubricant.

Easy cleanup is another hallmark of Anderson Manufacturing rifles with RF85 treatment. This writer has run other Anderson rifles more than 3,000 rounds and cleanup consisted of warm soapy water and a bristle brush to remove the last bits of carbon buildup. Afterwards, I simply laid the gun outside in the sun and let solar energy dry the metal parts.

The rifle wore a 16-inch barrel and a 11.5-inch AM-10 forearm. The receivers are 7075-T6 forged aluminum with black anodized finish. It comes with a top Picatinny rail on the receiver, which extends forward along the handguard. This is an “optics ready” rifle without sights. The butt stock is a Molding Solutions T17, while the pistol grip is a Magpul MOE.

Anderson completed redesigned its AM-10 receivers for 2019 in comparison to previous Anderson rifles firing .308 Win/7.62×51 NATO.

The AM-10 Hunter I ran a couple of magazines through had no problem ringing steel out to 800 yards in an abbreviated test. Previous Anderson rifles I’ve tested had no problem keeping five-shot groups under 1 MOA; this version should prove no different.

The AM-10 Hunter retails for $1,495 with the RF85 treatment. You can also order it without the special treatment for $200 less, but after all I’ve said, what would be that point? 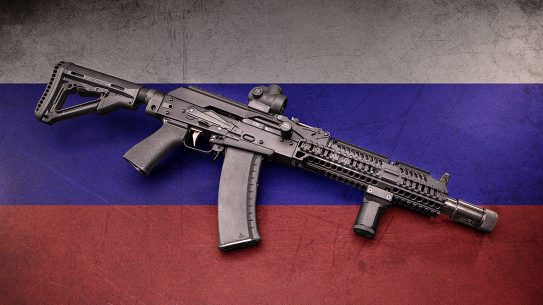 Engineers at Meridian Defense had the opportunity to get very special sourced parts for...