Barrett is well-known in both law enforcement and military circles. So it should come as no shock that military units are already purchasing the Barrett REC10.

You’re reading that correctly, as confirmed by Barrett. The REC10 isn’t even commercially available yet, which says a lot about the rifle. 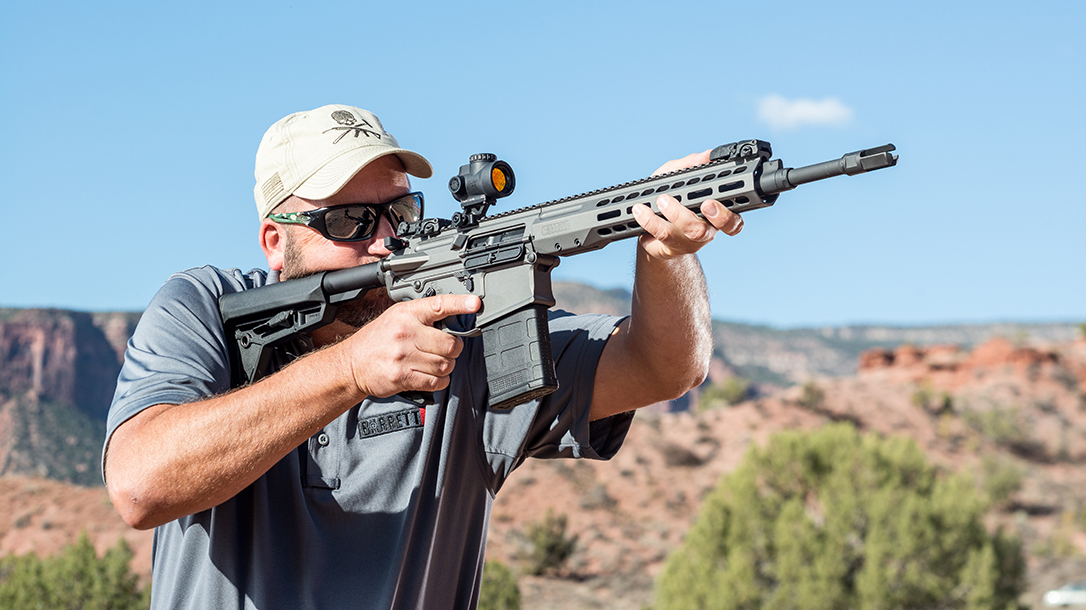 FIRST LOOK: Barrett Unveils REC10, a Sure ‘Rifle of the Year’ Candidate

Mastison got exclusive time with the Barrett REC10 at the recent Athlon Outdoors Rendezvous in Gateway, Colo.

“This gun is really a product of Barrett DNA,” Mastison said. “Everything that they put into every gun that they make is found in this gun. You’ll see it immediately in the fit and finish, the tolerances are very tight, and you can tell right away that it’s a quality gun.”

Watch Mastison on the range with the Barrett REC10 in the video above.