Battle Rifle Company is a relative new player in the AR-15 market. The company opened its doors in 2011 with a mission to supply law enforcement agencies and other professionals with quality rifles built for hard use in the harshest environments. I recently received a sample of the company’s BR4 Cutlass, which is designed for maritime use.

Battle Rifle Company started when Chris Kurzadkowski’s son was a policeman and needed a rifle to go through SWAT school. Kurzadkowski told him to bring him a receiver, and he built a gun that performed so well that many of the other officers wanted him to build guns for them as well. Before long, his hobby had turned into a full-time business and Battle Rifle Company was born. Weapons weren’t exactly new to Kurzadkowski—he’d spent 20 years in the U.S. Army, enlisted and as an officer, serving in the infantry, mechanized infantry and air cavalry.

“When we built the BR4 Cutlass, we did it with the intention of using it in maritime operations. We put a test gun underwater in Galveston Bay. After 30 days, we pulled it out and knocked the barnacles off of it and ran 500 rounds through it without a problem,” said Chris Kurzadkowski.

Kurzadkowski went so far as working with a company to develop a thermally cured weapons coating impregnated with more Teflon for protection and to provide more lubricity. He calls the finish “Battle Rifle Deep Ocean Blue,” and it gives the carbine a sleek and satiny look and feel. Parts like the takedown pins, ejection port door, magazine release and forward assist are covered in Robar’s NP3 and present a striking contrast to the receivers and handguard. 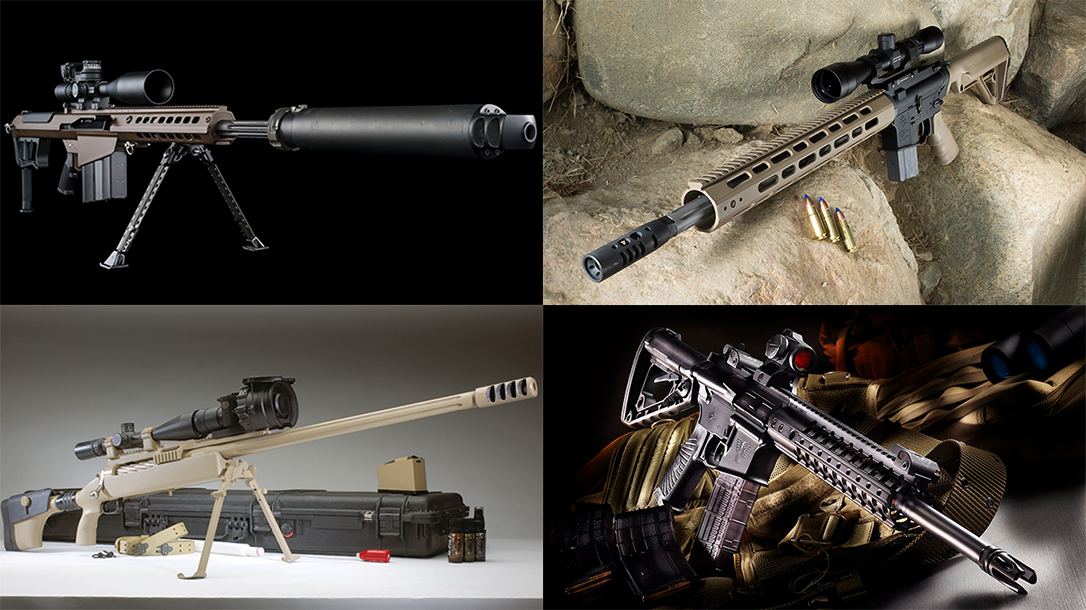 Best of the Big Bores: 24 New and Classic Big-Bore Rifles

The corrosion resistance and lubricity of the nickel-Teflon NP3 finish is well documented. Battle Rifle Company coats every moving part of the BR4 Cutlass, including the trigger group and M16-profile bolt carrier. One of the huge advantages of the NP3 finish is that it eliminates the need for lubrication, which can act as a sand magnet. Stainless steel pins and springs are also used to ensure corrosion resistance.

Battle Rifle Company also uses a 16-inch, chrome-lined barrel on the Cutlass. It is rifled with a 1-in-7-inch twist and possesses a 5.56mm NATO chamber so it can safely fire surplus ammo as well as .223 Remington ammunition without pressure or extraction problems. The company goes the extra mile to have its high-quality barrels cryogenically treated. When I asked Kurzadkowski about the benefits of this process, he remarked that Battle Rifle Company does it for four reasons: “It reduces the harmonic whip, it aligns the molecules to give the barrel strength, it gives the barrel longevity and makes it easier to clean. It is proven to increase the accuracy and performance of barrels.”

Battle Rifle Company is so confident in its rifles’ accuracy that it offers an MOA guarantee. Kurzadkowski estimates that the treated barrels have a service life of approximately 50,000 rounds.

The BR4 Cutlass possesses a very distinctive muzzle device. Kurzadkowski calls it the Battle Rifle Disintegrator flash suppressor. “The twist on the brake matches the rifling in the barrel, and there’s a lip on the inside of the suppressor that creates a Venturi chamber and burns off all of the hot gases inside the brake. The end result is that you don’t get anything burning out in front of the brake. It is 98 percent effective,” claims Kurzadkowski.

My BR4 Cutlass sample came with a mid-length gas system. The advantage to the mid-length system is that it reduces port pressure and helps reduce wear by lowering the bolt carrier velocity, making the gun a shoot softer. A low-profile gas block is used, and the free-floating handguard covers it to give the rifle uncluttered lines. Kurzadkowski says that this handguard was chosen for its rigidity, but he also said that he is developing a new and improved handguard that will be available later this year.

When the BR4 Cutlass arrived, I gave it a cursory examination, noting that the ALG Defense Advanced Combat Trigger (ACT) was tremendously smooth and broke at 4 pounds. It definitely was not a standard mil-spec trigger. It possesses a consistent and predictable pull, and this made shooting the gun from a bench a joy.

The BR4 Cutlass comes equipped with Magpul MBUS backup sights, but to see what the gun was really capable of, I mounted a 1-6x24mm Lucid L7 scope. This was my first opportunity to work with a Lucid optic, and I have to say that I was very impressed. The scope features an etched circle-dot P7 reticle, and it’s very clear and bright. It also has a parallax adjustment, locking turrets and an ocular focus. I used a Lucid high mount. The cantilever design is easy to use and possesses a quick-detach lever arrangement.

I set out my target stand at 100 yards and used 2-inch-diameter Shoot-N-C pasters for groups. The L7’s center-dot aiming point is 1 MOA, and I held it dead center as I squeezed off shots. The L7 has adjustable illumination, glowing a soothing blue color when activated. Lucid calls it “Lucid Blue,” and the best way I can describe it is as an electric blue color. This provided a nice contrast against the black Shoot-N-C targets. I fired three 5-shot groups with each test load. It was an easy matter to adjust the L7 for windage and elevation by simply lifting the turret, adding the adjustment and pushing it down to lock. 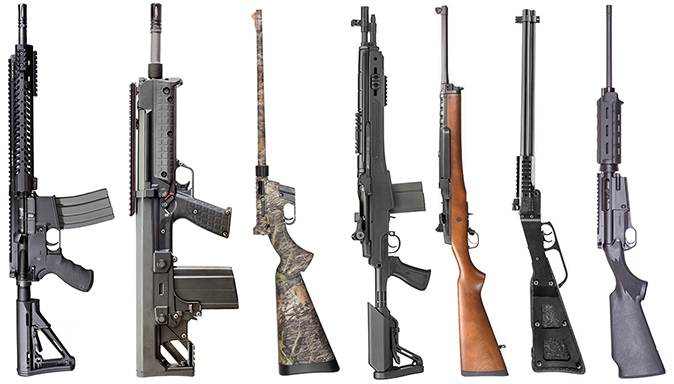 Three of the five loads I ran through the BR4 Cutlass produced sub-MOA groups, and the two that didn’t were very close. Black Hills’ 69-grain Open-Tip Match (OTM) load produced the best group of the day measuring just 0.8 inches from center to center. All of the groups were well rounded, and there was no indication of vertical stringing. No effort was made to allow the barrel to cool between groups, and the temperature was a stifling 111 degrees at the range.

For field shooting, I set up an MGM BC-C Zone steel target at 20 yards and practiced hammering it with the BR4 Cutlass. With the Lucid L7 dialed down to 1X, I used the scope as a reflex sight and shot with both eyes open. The circle-dot reticle made target acquisitions quick, and the crisp 4-pound trigger pull and positive reset helped with double-taps. My splits, or time between shots, averaged 0.19 seconds, which I found impressive.

There were no failures during my 250-round evaluation. The Cutlass performed flawlessly and exhibited admirable accuracy. Cleaning the carbine was also extremely easy thanks to the NP3-coated parts. The bolt carrier group didn’t require any scrubbing; it was easily wiped clean with a solvent-dampened rag.

The Rockport, Texas, Police Department, 30 or so miles north of Corpus Christi and located right on the coast, is the first agency to test the BR4 Cutlass, splitting its guns between patrol and marine divisions. Kurzadkowski said, “For the last year we’ve been selling the Cutlass to various private entities. We have a bunch up and down the coast of Florida. I have individual officers in the Department of Natural Resources and the Department of Fish and Wildlife in Louisiana, Mississippi and Alabama who are carrying our guns. Individual officers in Galveston County are using the BR4 Cutlass. I have one guy who owns one because he drives up and down the beach all day.”

While Battle Rifle Company specializes in building guns for law enforcement, this doesn’t preclude individuals from owning one. Chris Kurzadkowski said, “We’re really a boutique manufacturer, so we have the ability to build a rifle exactly the way you want it.” Have Battle Rifle Company ship a Cutlass to your local FFL. You won’t be disappointed.

This article was originally published in “Gun Buyer’s Annual” 2018. To order a copy, visit outdoorgroupstore.com.