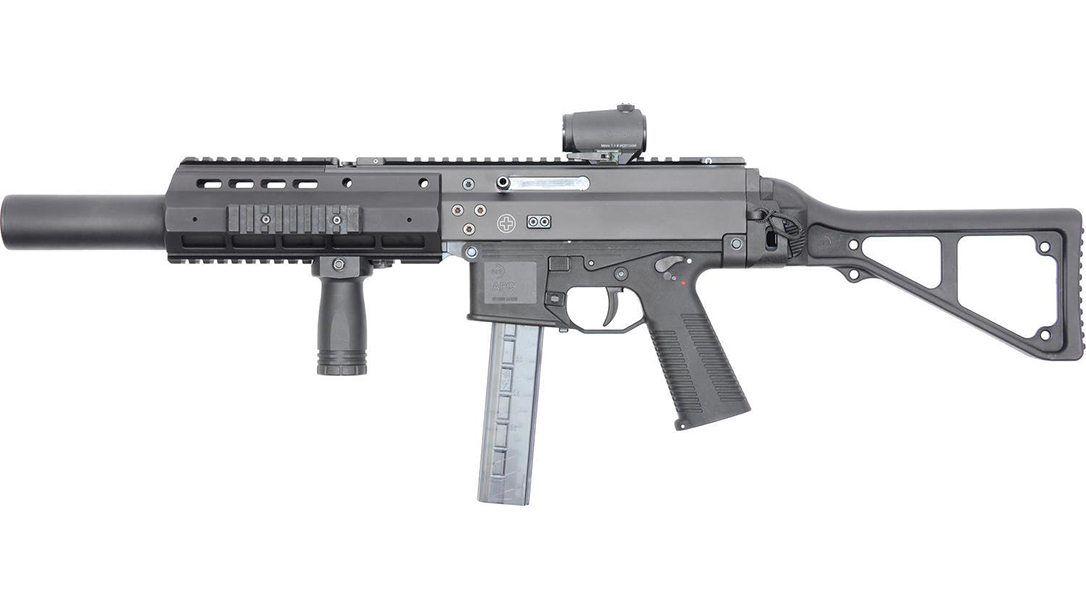 “Our customers have been asking for a big-bore variant of our proven APC family of weapon systems,” said Tim Nickler, CEO of B&T USA. “The 10mm round introduces new capabilities to the APC platform; increased terminal performance, intermediate barrier penetration and sheer energy on target, all in a size optimized for discrete deployment.”

Like the ACP9 and APC40 Pro models, the APC10 Pro utilizes a hydraulic buffer system to drastically reduce felt recoil and muzzle rise. It also features a new dual auto-folding, non-reciprocating and ambidextrous charging handle. The lower receiver incorporates improved ergonomics, including a side positioned bolt hold open/release. Meanwhile, an M4-compatible grip and Magpul M-LOK accessory slots on the forend round out the package.