Swiss gun maker B&T has unveiled its integrally suppressed APC9 SD and APC45 SD, the newest additions to its Advanced Police Carbine lineup. Check the press release below for more on these two guns: 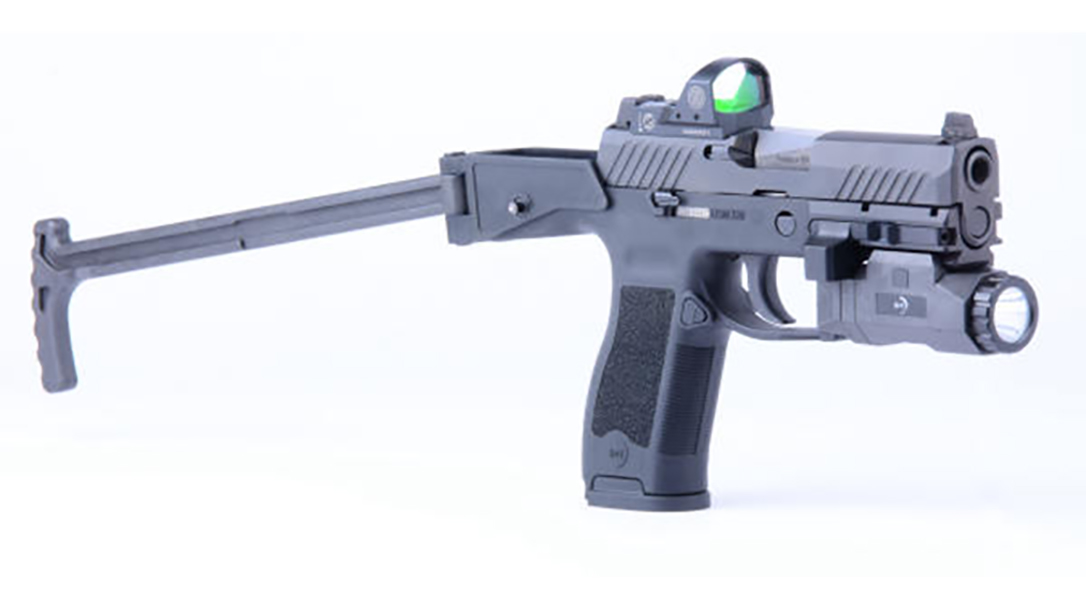 The new APC9 SD pistol, chambered in 9mm Luger, provides extreme reliability from a close bolt blow-back system. Ports just forward of the chamber are designed to reduce the speed of supersonic rounds to subsonic speed similar to the famed HK MP5 SD. In fact the US Version of the APC9 SD utilizes the same suppressor models (SD-988010-2-US (full size) and SD-988010-3-US (compact version)) suppressor that B&T manufactures for use with the HK MP5 SD. The APC9 SD features ambidextrous controls, integrated NATO accessory rails, a red dot sight, and a two-stage trigger. It comes with one 30-round magazine.

Also new to the APC line up is a 45 ACP variant, the APC45 SD. Equipped with the same features as the APC9 SD, the APC45 SD comes with one 25-round magazine.

B&T will be showing off the APC9 SD and APC45 SD at the NRA Annual Meeting in Dallas, Texas, this coming weekend.

Check out the specs on both models below, pulled from B&T’s website. It’s not listed in the presser, but MSRP is reportedly in the $2,400 range. For more on B&T USA, visit bt-ag.ch/eng.