New from CMMG: The Mk4 DTR2 Rifle in Federal’s 224 Valkyrie

Companies are already putting out firearms chambered in Federal’s 224 Valkyrie cartridge which was introduced back in December. The latest to join the party is CMMG with its new Mk4 DTR2 rifle. 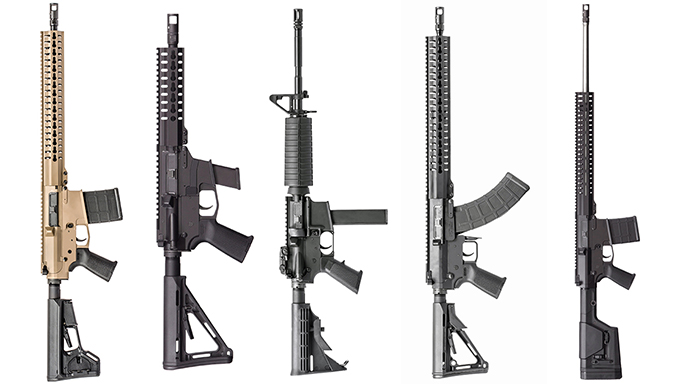 The Mk4 DTR2 sports a 24-inch medium taper barrel with a 1:7 twist and CMMG’s SV brake to mitigate muzzle rise. Also included is a Magpul MOE pistol grip and Magpul PRS stock, as well as a Geissele SSA 2-Stage trigger. Meanwhile, the rifle is outfitted with a RML14 M-LOK handguard and CMMG ambi charging handle.

Built on a 7075-T6 AL lower receiver and a forged 7075-T6 AL upper receiver, the gun weighs 9.2 pounds unloaded, measures 44.5 inches in overall length and is available in five different Cerakote colors as an optional upgrade.

As for Federal’s 224 Valkyrie round, it’s touted as offering long-range performance that compares to the 6.5 Creedmoor cartridge, “but out of a smaller, AR15-sized caliber,” the press release says. A flat-shooting round capable of achieving supersonic velocities out to 1,300 yards, CMMG says it could potentially be “the go-to cartridge of long-range shooters for years to come.”

Seeing the potential, CMMG wanted to address the needs of long-range shooters and worked to bring to market a rifle chambered for 224 Valkyrie. Thus, the Mk4 DTR2 is here.

For more, go to cmmginc.com. Specs below.