Hailing from Broken Arrow, Oklahoma, Rise Armament began in 2014 by designing and manufacturing components for the AR platform. After creating top-of-the-line AR-15 triggers, the company began building its own rifles. I got my first hands-on look at some of Rise’s weapons at the Athlon Outdoors Rendezvous last October in beautiful Montana, and its Watchman rifles—designed specifically for law enforcement—immediately piqued my interest. The cop in me wanted to see if one was up to snuff for a patrolman. So, I figured a bare minimum of 1,000 rounds of ammunition would suffice for an impromptu endurance test. 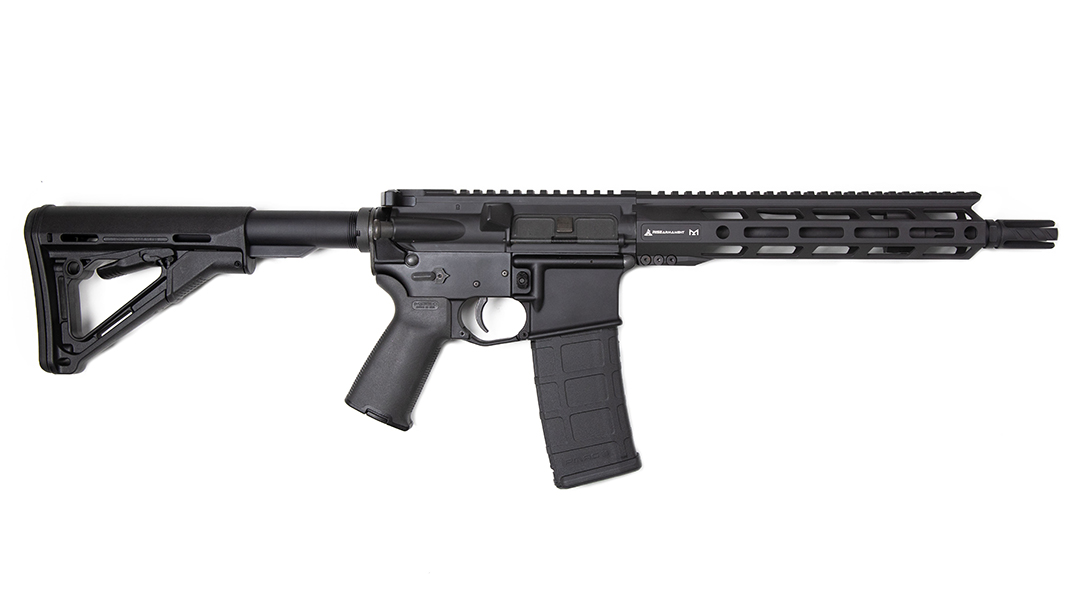 You can really tell a lot about a manufacturer in how it handles potential problems and issues. Not only does Rise Armament offer a lifetime warranty on each Watchman rifle, but also what the company refers to as its “Blue Line Backup.” This is for those cops who find themselves in officer-involved shootings and have their Watchman rifles held for evidentiary reasons. As long as such an officer is cleared for duty, Rise Armament will provide a free loaner Watchman until the officer receives his or her original rifle back, after the case is adjudicated. This alone proves that Rise Armament truly “gets it.”

The past few years have been especially rough for American law enforcement officers. After five police officers were killed and nine others injured during a heinous ambush in Dallas, Texas, on July 7, 2016, the folks at Rise Armament had an idea.

“We set out on a mission to do whatever we could reasonably do to ensure officers aren’t on the streets being outgunned by bad guys,” said Rise’s Garrett Grover, a veteran Army sniper, police officer and gun guru. “We spoke to officers from coast to coast, talked to firearms instructors, competitive shooters and military snipers, and then created a database of the most desired features for duty use. Then (we) combined them all to make this gun, with the goal of making it fit into a law enforcement officer’s budget.”

The result? Two rifles: The Watchman 300LE in 300 Blackout and the Watchman 223LE with a .223 Wylde chamber, allowing it to fire both .223 Remington and 5.56mm NATO ammunition more accurately. I got my hands on the 223LE variant for testing.

It’s obvious that Rise Armament chose the components for the Watchman 223LE very carefully. It comes from the factory with a 16.1-inch, 416R stainless steel, nitride-coated barrel with proprietary fluting and a 1-in-7-inch twist. Topping off the barrel is Rise’s proprietary four-prong flash suppressor. Tested at dusk, it does an exceptional job of mitigating flash, and it doesn’t produce that annoying ringing sound common to other prong-style flash suppressors.

Rise also chose a mid-length gas system, as it provides a more appropriate dwell time for gas management and recoil reduction. Surrounding the barrel and gas system is a free-floating, 13.5-inch, M-LOK-compatible handguard. Rise states that this helps enhance the rifle’s accuracy and modularity while further reducing weight. The handguard has a full-length Picatinny top rail as well as six total QD sling sockets at the front and rear along the 3, 6 and 9 o’clock axes.

Rise makes a variety of bolt carrier groups in house, including both black nitride and nickel boron bolt carrier group options. However, for the 223LE Rise went with the black nitride version. The bolt and bolt carrier are both given a premium nitride coating, while the upper sports a Rise AR-15 charging handle with an extended latch. The lower receiver is equipped with an oversized triggerguard, anti-walk trigger pins and an ambidextrous safety. You’ll also find a Magpul CTR stock and MOE+ pistol grip. My only real gripe is that the Watchman 223LE doesn’t come with an ambidextrous bolt release. Otherwise, it’s a great rifle as is and can be further customized by the purchaser.

Finally, we have the star of the show: Rise Armament’s single-stage LE145 trigger. Rise is known for its triggers, and the LE145 was designed specifically for duty use. My Wheeler trigger pull gauge agreed with the manufacturer specs and put the break right at 4.5 pounds. The LE145 has minimal overtravel, virtually no creep and a short, fast reset for quicker follow-up shots. It has what I consider a very crisp, icicle-like break. Interestingly enough, most police agencies that I know of require a 4- to 4.5-pound trigger pull at a bare minimum. So, Rise Armament set the trigger right at the sweet spot.

Now it was time to make the Watchman 223LE “duty ready.” As a retired law enforcement officer, I chose what I thought was a proper balance for patrol use. Remember, a cop is going to have a bunch of gear on them already, and factoring in running and other physical activities, it’s best to follow the KISS principle here.

Backup sights are mandatory for most law enforcement agencies. Every shooter should know how to master their irons before moving on to an optic. For the Watchman, I chose a set of Diamondhead “Hole Shot” sights that deploy quickly, and if you need a fast, accurate shot up close, just level the apertures and utilize the round upper and horizontal bars for sighting. The more I use these sights, the more I really like them.

You can go several routes in terms of optics: a red dot, a prism sight or a variable-power scope. However, some agencies won’t allow their patrol officers to equip their rifles with a variable-power scopes. This is a shame, as scopes can be an invaluable tool in quickly discerning good guy from bad, etc. Now, I’m not talking about mounting a telescope on one’s rifle, but a simple 1-4X, 1-6X or at most a 1-8X scope. A police officer isn’t going to go playing “sniper.” It’s simply about proper target identification.

My usual one-stop shop is Primary Arms, as it has pretty much everything under the sun anyway. Plus, the company has tremendously stepped up its optics game in recent years. I’ve had the opportunity to torture-test a few Primary Arms models that I’d trust my life with.

I’ve personally put Primary Arms’ 1-8x24mm PLx4 FFP scope through about as much abuse as a variable-power scope can take, and it’s still working. Besides, it’s got a lifetime warranty. As far as red dots go, I opted to utilize the Primary Arms SLx1 Compact 1-20 Prism Scope for this endurance test. It uses an etched ACSS Cyclops reticle. Personally, I’d feel comfortable running either optic on my patrol rifle.

To finish off how to make this rifle really shine, I added the Crimson Trace LiNQ system, which consists of rail-mounted light/laser module that is activated and controlled wirelessly by a dedicated pistol grip. The module houses a green laser and a 300-lumen light. And let me just say that this system is pretty robust and should be capable of handling the rigors of patrol work. I’m very confident in the LiNQ system’s capabilities, especially after seeing how well it held up to being used on my short-barreled AK after firing several cases of ammunition. 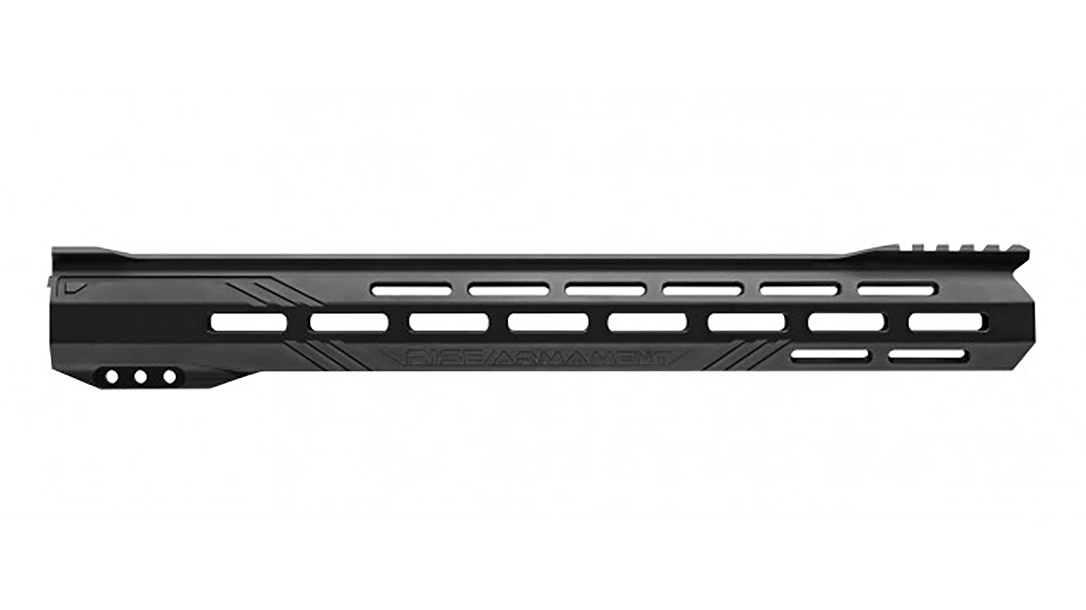 The Watchman 223LE handled very well on the range. Aesthetically, it’s an impressive-looking rifle, so I had high hopes for its performance. And it didn’t let me down. If any demons need to be exercised from a new rifle, they usually rear their ugly heads well before the 1,000-round count. For this Watchman 223LE, no exorcism was needed—just a good beating.

The mid-length gas system made for a much softer-shooting rifle, versus a carbine-length gas system. It was easy to shoot steel targets at distances from 300 to 400 yards, and I also achieved sub-MOA results with two different loads at 100 yards. To make things more complicated, I collected my accuracy results while semi-hunched over and leaning against my ATV—how a cop might shoot while utilizing their patrol vehicle for cover. IN other words, this rifle has the accuracy potential in the right hands.

The testing was conducted in single-digit temperatures. I took the rifle into my house and back out again to make it sweat. It rode in the front rifle rack of my ATV for “coyote duty,” and I never cleaned it throughout the evaluation. The Watchman 223LE didn’t stutter; it just took the abuse and kept on running.

The Watchman 223LE is sure to be a hit within the law enforcement community as well as for the rest of us commoners. For a smaller company to come out of the gates swinging like this, I’ve got high hopes for Rise Armament and its future offerings. Whether you use it on patrol, for home defense or competition, the Watchman 223LE is sure to impress.

Bullet weight measured in grains, velocity in fps by chronograph and accuracy in inches for best overall five-shot groups at 100 yards.