Twenty-one years ago, my wife and I moved out of the congestion of Salt Lake City to a tiny unincorporated town at the south end of the Great Salt Lake. The first home built on a brand-new street in town, we were soon followed by a second house right next door, and the Jones family moved in. 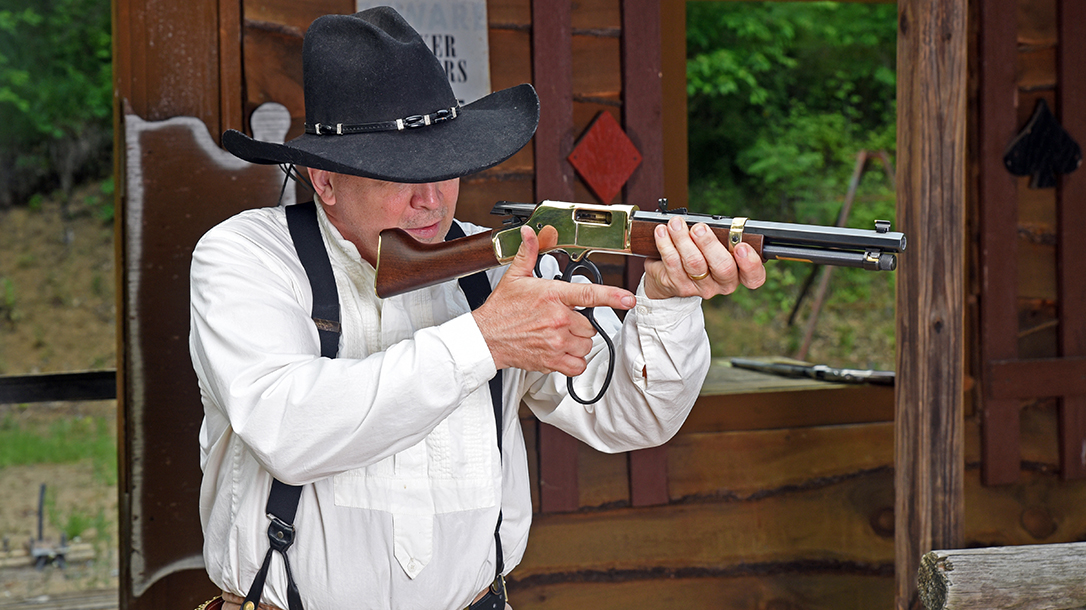 For some reason, ever since Caden Jones was big enough to interact, he decided I was an OK guy to hang out with. I heard knocking on the front door, opened it, and there was 3-year-old Caden looking up at me. He wanted me to come over and play in the sandbox with him. And we’ve been buds ever since.

Sadly, Caden had a hard time at school and was diagnosed with Tourette syndrome (TS) at the age of 10. This can include a number of symptoms, including learning disabilities, facial tics and involuntary movements. That made Caden “different,” and while he tried various medications to control some of his symptoms, he was bullied at school and treated like an outcast. All his life, he’s been able to stay in regular schools, with help from teachers and his bulldog mom, Carol. He’s always had to work at least twice as hard as the rest of the crowd to get through it all.

Caden eventually won several contests raising rabbits for 4H events and making handmade crafts, earning a combined total of 41 ribbons. Eventually, in 2013, the right medications finally allowed him to overcome his allergy to horses and become a horseman just like the rest of his family. Now he’s 18 and has pulled off a respectable 14 certificates and one ribbon for his work with horses. Not bad at all for a late starter. He’s also an avid musician and keeps up his own garden plot out in the family’s backyard.

When he was just 8 years old, Caden joined the Cub Scouts in 2009. He worked his way through the ranks, earning badge after badge, and I was invited to his graduation in 2012. Then he moved on to the Boy Scouts, where he earned 26 merit badges (five more than required) to eventually become an Eagle Scout this year. But hold onto that thought.

I first met Anthony Imperato of Henry Repeating Arms back in the 1990s. Over the years, I’ve had the chance to work with dozens of Henry products for magazines, and whenever necessary, Tony Gunz (as he signs letters and notes) has made himself personally available either via email or telephone—something rare in the firearms industry. Today, I count him as a genuine friend.

Tony is well known for his donations. His company donated all of the rifles used at the NRA’s 1,000-Man Shoot in 2016 in support of the Second Amendment. A year earlier, he donated four rifles to veterans in the middle of a concert during Charlie Daniels’ 40th anniversary tour, along with $100,000 to the Journey Home Project (a non-profit founded by Daniels that connects donors with veterans’ organizations), and doubled that figure on the spot if Daniels would let him sing backup vocals on one song. How many other gun makers would pay $100,000 to sing with Charlie Daniels and benefit our veterans on top of the first $100,000 donation already set up?

That’s Tony for you. And three years ago, I told Tony about Caden so we could reward the latter for his scouting efforts. Tony simply said, “Give me his initials and birthdate, and it’s done.” We worked out a deal, including a wall display case, and I eventually was able to present a beautiful Henry Scout Tribute lever-action rifle to Caden. It took days for my ribs to recover from the hugs I received from the Jones family, and it took Caden two years to get around to actually shooting the Henry, saying, “It’s too nice!”

Just before Christmas two years ago, Caden’s father, Terry, was laid off from work as a diesel mechanic. He and his wife, Carol, had been planning to give their youngest child, Jessica, a Henry of her own. Most of the other presents had already been taken care of, but there was no way to get a new .22 rifle for Jessica by the time she returned for the break from veterinary college. So, once again, I called Tony and he rushed a top-of-the-line American Beauty rifle to the family, saving Christmas.

Just before this past Christmas, I was invited to shoot with the Joneses at a nearby gravel pit, and I such had a blast watching and spotting for Caden and Jessica while they shot their Henrys that I never even bothered to unpack my own Golden Boy. It was a good, clean, simple family get-together, and even Carol, a non-shooter, had a great time.

When I got home that night, I sent an email to Tony to say how much pure fun we’d had with his products. I also brought him up to date on Caden, with his upcoming Eagle Scout ceremony in the Spring. The next day, Tony thanked me and wrote, “I want do another gun for Caden. Give me his initials and birthdate again. No charge. It’s on me.”

Caden’s Eagle Scout award ceremony took place at a church on Saturday, March 30, 2019. I’d sworn Carol to secrecy in advance, and she’d listed my “special presentation” on the program without the rest of the Jones family knowing. Caden’s scouting awards and original Henry rifle were on display against one wall.

After the important parts of the ceremony, it was my turn. The crowd of 50 or so must have wondered who I was, but I explained my background with Caden and my friendship with Anthony Imperato. Then I had Caden retrieve a box that had been kept out of sight during the program. While he was opening it, I told Caden it was entirely on Tony. I was only the messenger service.

When that shiny Eagle Scout Tribute Edition rifle came out of the box, Caden’s eyes grew big. He silently looked it over before holding it up for the crowd to see. We both just broke down and bawled—in a manly way, of course. After my part was done, it was Caden’s turn to call up people he’d felt had been the most helpful in getting him to his Eagle Scout rank. First up was his dad, as it should have been (his mom had already gotten an award earlier). After that it was his Uncle Harold, also an Eagle, in his full uniform. And then me.

I have a few dusty medals from the U.S. Air Force, and a handful of citations from the old police department I worked for, but not one of them is worth dog spit next to the Scout Mentor pin that Caden gave me then, attached to a note calling me a hero and thanking me for being his friend.

Another of Caden’s heroes, his grandpa, achieved the highest regular enlisted rank in the Air Force. Caden misses him every day and is a firm supporter of our military. Growing up, he always wanted to join the Air Force himself. But Tourette’s is one wall that determination alone can’t breach as far as military service goes. Nonetheless, after giving the boy a hug, I straightened up as far as I could to get over my cane, and on behalf of myself, the Air Force that Caden reveres and retired Chief Master Sergeant Robert Barnett, who would have been even prouder of Caden than I was, rendered the only formal hand salute I’ve given any man since leaving the Air Force well over 40 years ago.

I’m telling this story with Caden’s full approval. He wants others with similar challenges to know that they can find another door when one closes, and if a wall crops up along the way and you can’t make it over the top, go around it.

My take is that Caden and Tony give me hope for the future of this country. It’s a story of a hard-working gun maker with a heart who took time out of his very busy schedule to personally reward Caden’s achievements, and a brand-new Eagle Scout that flat refuses to be held back.

Editor’s Note: As we’ve previously mentioned, long-time contributor and friend Denis Prisbrey passed away in Salt Lake City on May 9, 2019, at the frustratingly young age of 66. His way with words will be sorely missed.

This article is from the Fall 2019 issue of American Frontiersman magazine. Grab your copy at OutdoorGroupStore.com. For digital editions, visit Amazon.