0
SHARES
50
VIEWS
Share on FacebookShare on Twitter
Henry Repeating Arms recently announced its newest rifle model, the Side Gate Lever Action. The new rifle marks the first time Henry has offered a lever-action rifle with a loading gate. However the rifle maintains the ability to load through the removable magazine tube as well, giving shooters options not seen before on a Henry rifle. 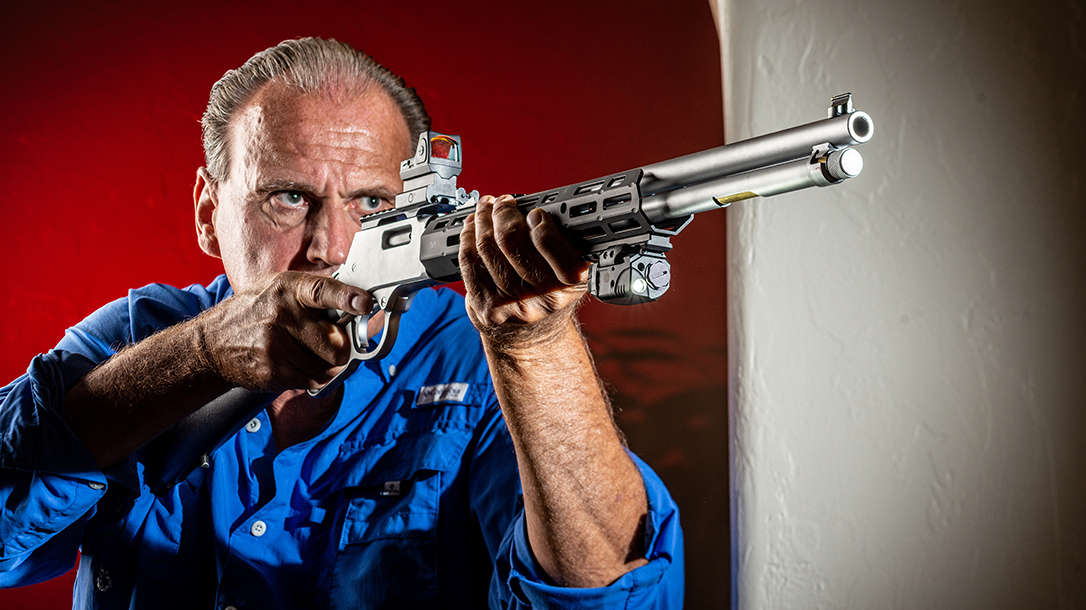 The side loading gate, located below the ejection port, enables shooters to fully load the rifle’s five-round magazine without removing the magazine tube. However, the magazine tube provides further versatility. Users can unload the rifle safely and efficiently without having to cycle live rounds through the action, according to Henry.

The Henry Side Gate comes in .30-30, .38-55 and .35 Rem. The receiver utilizes Henry’s signature hardened brass, which delivers the same tensile and strength as steel, according to Henry. The receiver also comes drilled and tapped to accept a scope base.

The American walnut stock features laser engraving with deep checkering and scrollwork. The round, 20-inch blued steel barrel uses rifling with varying twist rates depending on the caliber. It featurs a fully adjustable semi-buckhorn rear sight and an ivory bead front sight.

The Side Gate uses no external safety. However, a patented in-hammer sliding transfer bar safety guarantees the rifle will not fire unless the hammer is cocked and the trigger is pulled, according to Henry. The rifle retails for $1,045.

“The advent of the new Henry Side Gate solidifies Henry Repeating Arms as the first name in lever actions. For those who have been patiently waiting on a Henry with a loading gate, we have delivered – and then some,” said Henry President and owner Anthony Imperato.

“It is no accident that our modern lever-action rifles take inspiration from the legendary 1860’s era Henry rifle that started it all,” said Andy Wickstrom, Vice President and General Manager, Henry Repeating Arms. “Today’s Henry firearms retain classic looks but take advantage of state-of-the-art technology to build reliable, accurate and modern lever actions that are second-to-none. However, there has always been a segment of the market that prefers a loading gate. With the dual loading options, it’s the best of both worlds.”