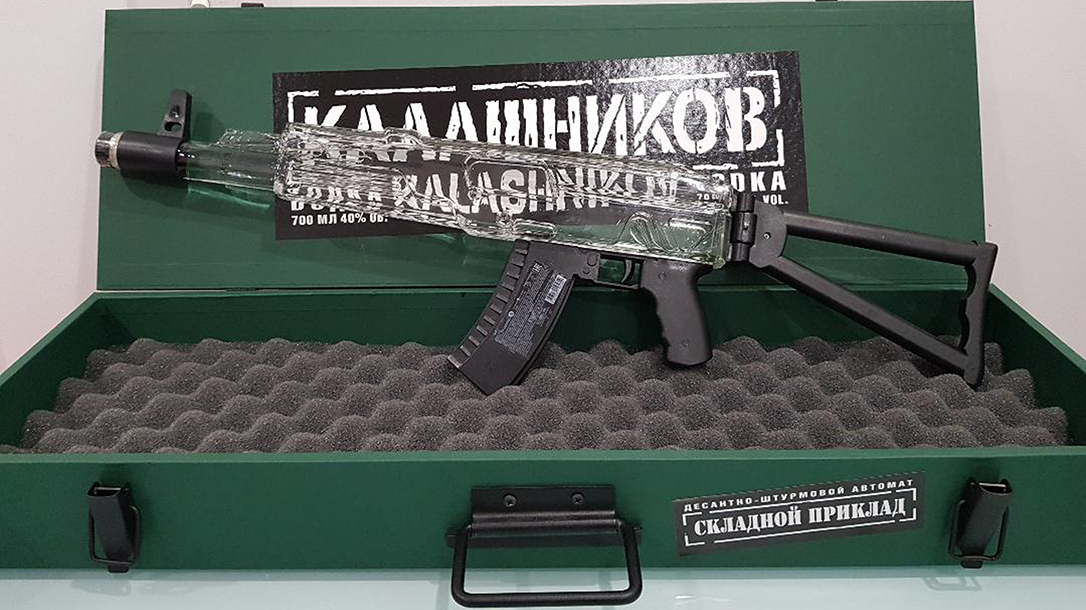 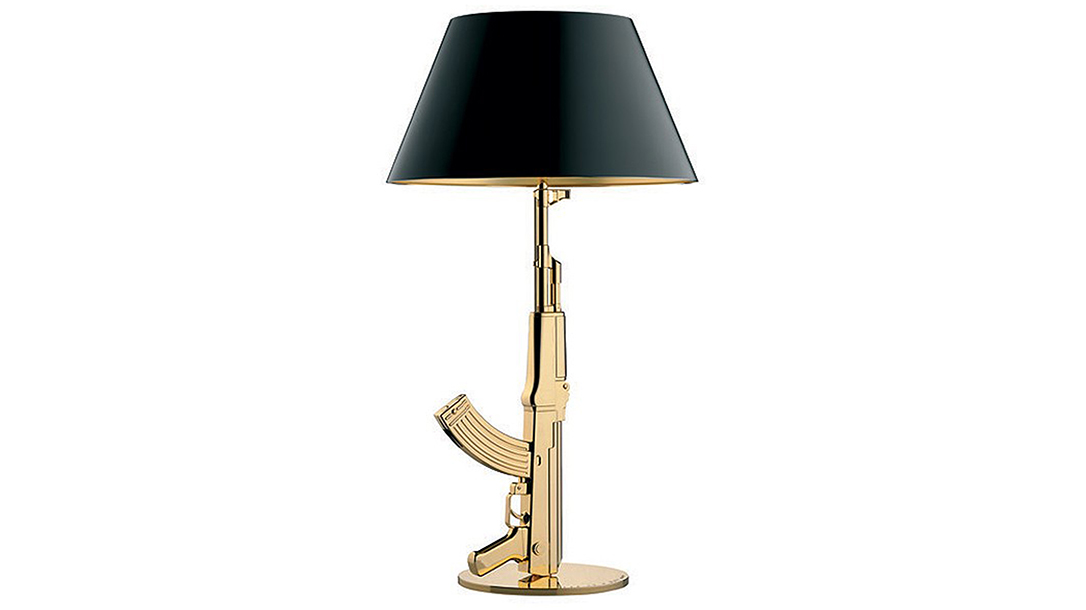 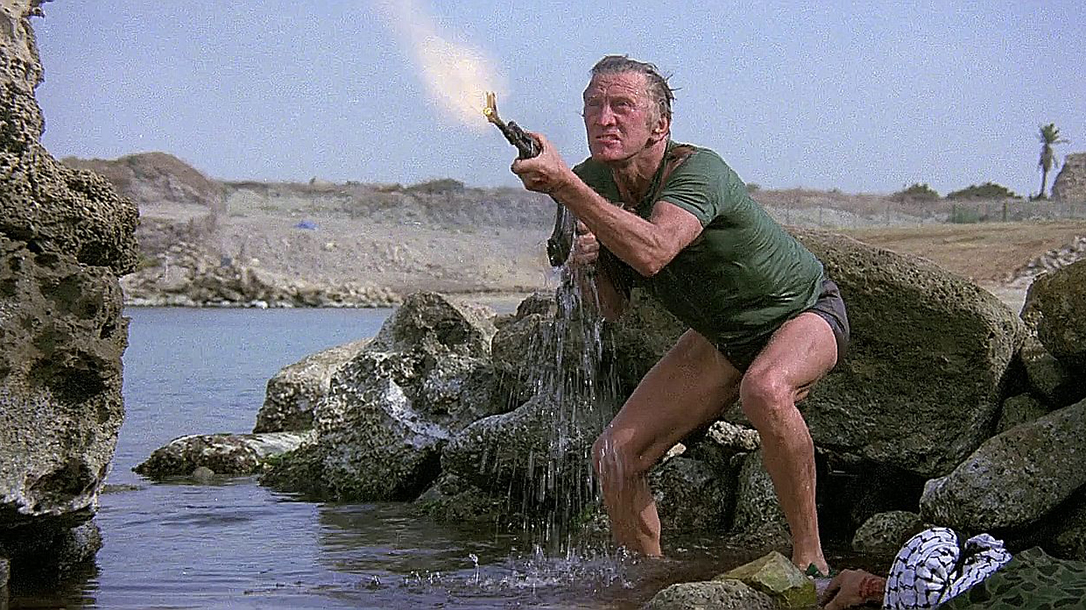 3 of 3
Kirk Douglas in The Fury 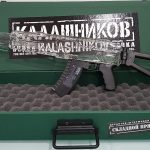 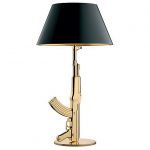 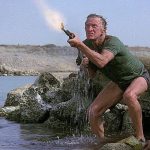 Thanks to modern movies, TV shows and, most notably, video games, the AK-47 is arguably one of the most famous firearms ever made. The now infamous AK-47 was probably best summed up in the 2005 Nicholas Cage film Lord of War. In the opening sequence, Cage’s character, Yuri Orlov, offers the following monologue: 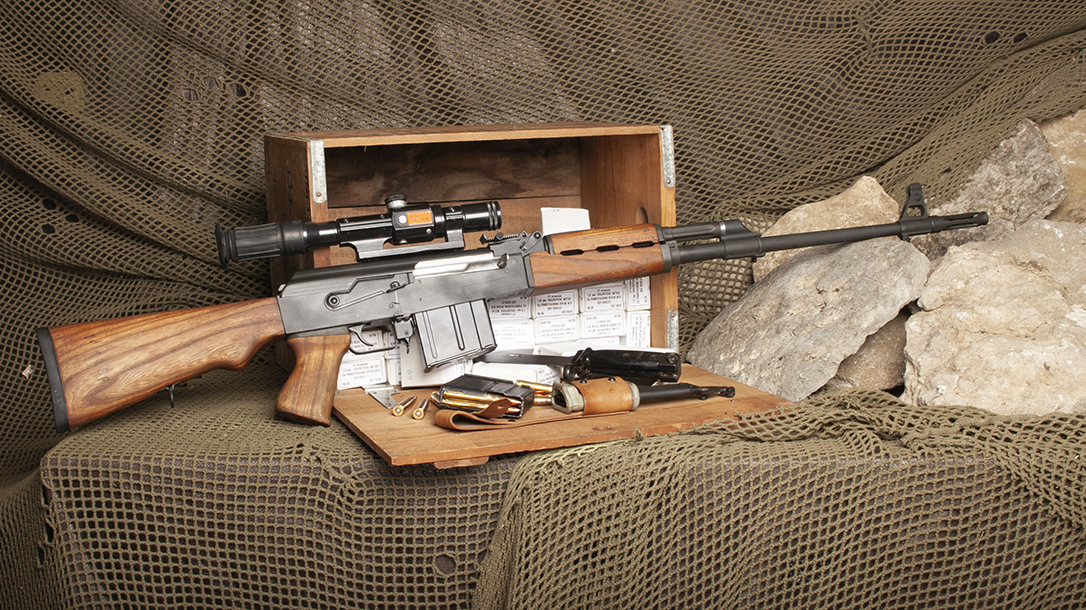 “Of all the weapons in the vast Soviet arsenal, nothing was more profitable than Avtomat Kalashnikova model of 1947, more commonly known as the AK-47, or Kalashnikov. It’s the world’s most popular assault rifle, a weapon all fighters love. An elegantly simple 9-pound amalgamation of forged steel and plywood, it doesn’t break, jam or overheat. It’ll shoot whether it’s covered in mud or filled with sand. It’s so easy even a child can use it, and they do.”

As the above monologue continues, Cage’s character adds the facts that the Soviets put the AK-47 on a coin, and Mozambique had it on its flag. Today, it enjoys recognition as the digital gun of choice among video gamers around the world. Hip hop sons mention its name; countless movies show it.

Yet, while the AK-47 is famous today, less than 40 years ago, it was largely unknown to most people outside of military circles. Even as American soldiers faced it in Vietnam, few back home knew much, if anything, about this firearm. It wasn’t really until the late 1980s that the AK-47 got its close-up in movies.

Prior to the 1990s, the AK-47 was a favorite among insurgents and revolutionaries, but even in movies depicting those soldiers, the AK-47 rarely appeared. Not a single AK-47 is even seen in the 1968 John Wayne film The Green Berets. That would remain true for many of the early Vietnam War films to follow.

The U.S. government actually had a ban on all weapons imported from the Warsaw Pact nations during the Cold War (between 1947 and 1989), and as a result, actual AK-47s weren’t available. The AK-47s used in Apocalypse Now were in fact Chinese Norinco Type 56 copies of the AK-47, and until the late 1980s, this would be as close as most Western filmmakers could get.

Meanwhile, even in the Soviet Union, the AK-47 was seldom the star. It’s generally believed that the AK-47’s first appearance in a movie actually came in 1956 in the Soviet-made romantic comedy Maksim Perepelitsa. The weapon is seen in a few scenes when the title character serves in the Red Army. This movie wasn’t even screened outside of Russia until the end of the Cold War, and even today, it’s almost impossible to find on home video.

However, it is noteworthy that Soviet military censors even allowed AK-47s to be used at all, as Western military leaders only knew that the Red Army had issued a new select-fire rifle. Even in the intelligence community, little was known about it.

That film actually came out a year before the Hungarian Revolution of 1956, an event that has largely been credited as the first time Western military analysts were able to take note of what had been only a rumored Soviet automatic weapon at the time. What is also noteworthy is that it would be nearly two decades before the AK-47 appeared in any movie outside of the Soviet Union.

The United States’ ban on Warsaw Pact weapons actually kept the AK-47 from getting its close-up even in films about Vietnam, but the Israel Defense Forces managed to capture thousands of the assault rifles in the Six-Day War of 1967 and the subsequent Yom Kippur War of 1973. As a result, many of these were lent or sold to the country’s film industry.

The first “Western” film to feature a true AK-47 was the 1977 Israeli-made feature Operation Thunderbolt; it chronicled the daring Israeli commando raid on the Entebbe Airport on July 4, 1976. That movie was actually one of three films made about the raid (there were two American movies made around the same time). But it was the only one that accurately depicted the Ugandan military equipped with AK-47s. Another film released in 2018, 7 Days in Entebbe, features AK-47s in the hands of the Ugandans as well as the hijackers/terrorists.

While not exactly an “action star,” Kirk Douglas, who famously played Spartacus, has the largely forgotten distinction of being the first American actor to use an AK-47 in a film. He briefly carried one in the 1978 Brian De Palma horror thriller The Fury. Scenes were filmed in Israel, and again, captured firearms were provided by the film’s armorers, hence the AK-47 made its American big-screen debut to little, if any, fanfare.

However, a wave of Vietnam War films made in the 1980s brought attention to the AK-47. But again, due to the ban, American filmmakers typically made do with the Chinese Norinco Type 56. Today it’s often easy to spot these, as many featured a folding bayonet—something true AK-47s never had. The overall shape of the gun was close enough for many filmmakers. After all, few Americans had even heard of the firearm.

It wasn’t until the 1986 Chuck Norris film Delta Force, utilizing Israeli armorers, that American producers finally included real AK-47s. The producers of Rambo III, released in 1988, also turned to Israeli armorers, and that film also featured real AK-47s. However, both Delta Force and Rambo III still relied on Type 56 stand-ins as well. A limited number of AK-47s were available at the time.

With the fall of the Soviet Union, vast quantities of AK-47s were suddenly available. And the embargo on the importation of the firearm ended. Throughout the 1990s, real Soviet-vintage AK-47s were finally available for use in movies.

But even so, in the firearm’s most famous shootout in the movie Lord of War, the pivotal scene still lacked sufficient actual AK-47s. When Nicholas Cage’s character is in a weapons arsenal in Ukraine inspecting the firearms, those are actually SA Vz. 58 automatic rifles produced in the Czech Republic. While the Vz. 58 is similar to the AK-47 externally, the two weapons feature no common parts, including the magazine.

The reason for these stand-ins is that, while the scene was set in Ukraine in 1991, it was actually filmed outside of Prague in 2004. According to the director, Andrew Niccol, in the DVD commentary, those were real guns rented from a real arms dealer, as it was cheaper for the production to rent 3,000 real guns than to rent 3,000 blank-converted props!

In the 1990s the firearm also began catching the eye of movie and TV producers, video game makers and rappers. The gun became so iconic that you’ve already seen it in various TV shows. In the pilot episode of The Sopranos, Carmela actually wielded one. The AK-47 has made appearances in Breaking Bad, Tyrant and The Night Manager, among countless other TV shows.

Rapper King Lil G may have one of the most famous songs about the firearm, aptly named “AK47.” Meanwhile, Lil Wayne’s track “Kill” calls out the firearm repeatedly. But it was actually the ska band The Mighty Mighty Bosstones who first mentioned the AK-47; it happened in the song “Guns and the Young” way back in 1992. Such diverse musical artists as British glam rockers Manic Street Preachers, industrial band KMFDM and heavy metal’s Megadeth have all written songs that include the AK-47. It’s a firearm that has managed to transcend music genres as easily as an electric guitar. 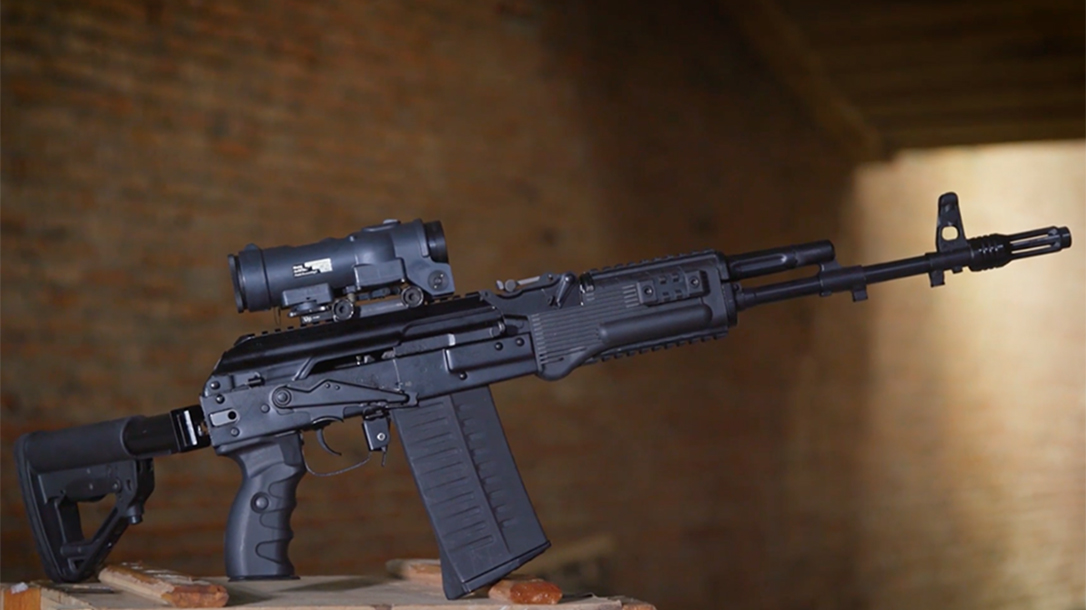 As the inventor of the AK-47, Mikhail Kalashnikov never made any direct profits from the production of the AK-47. But the weapons designer said he was always more motivated by the calling to serve to his country than money. Despite that fact, he owned 33 percent of the German company Marken Marketing International. The company revamped the trademarks and produces merchandise with the Kalashnikov name, including vodka, umbrellas and knives.

A total of 13,000 special AK-47-shaped bottles of Kalashnikov vodka were produced and shipped in wooden boxes designed to look like Cold War rifle crates. These were only exported from Russia to Australia, so they have become extremely popular among collectors.

Other companies have cashed in on the AK-47, producing their own rifle-shaped bottles. It was part of a wave of spirit imports, including a Red Army Vodka bottle shaped like an artillery shell. Another similar brand offered its vodka in a bottle shaped like a Soviet Red Army canteen. Clearly, the spirit of Kalashnikov lives on in spirits as well as firearms. 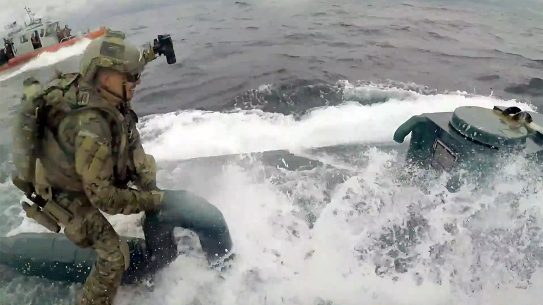 A US Coast Guardsman makes a daring leap to run down a self-propelled, semi-submersible...