It’s safe to say there’s a lot going on in the world of Kalashnikov Concern. Last year, the company unveiled its new AM-17 and AMB-17 assault rifles. Earlier this year, it was announced that the Russian Armed Forces had adopted the 5.45x39mm AK-12 rifle. During a recent trip to the Kalashnikov production facility in Izhevsk, retired US Army 1st SFOD-Delta veteran and renowned trainer Larry Vickers had a chance to run all three rifles. Watch him test out the AMB-17 above. Below, watch him put the AK-12 through its paces. Go here to see the AM-17 in action. 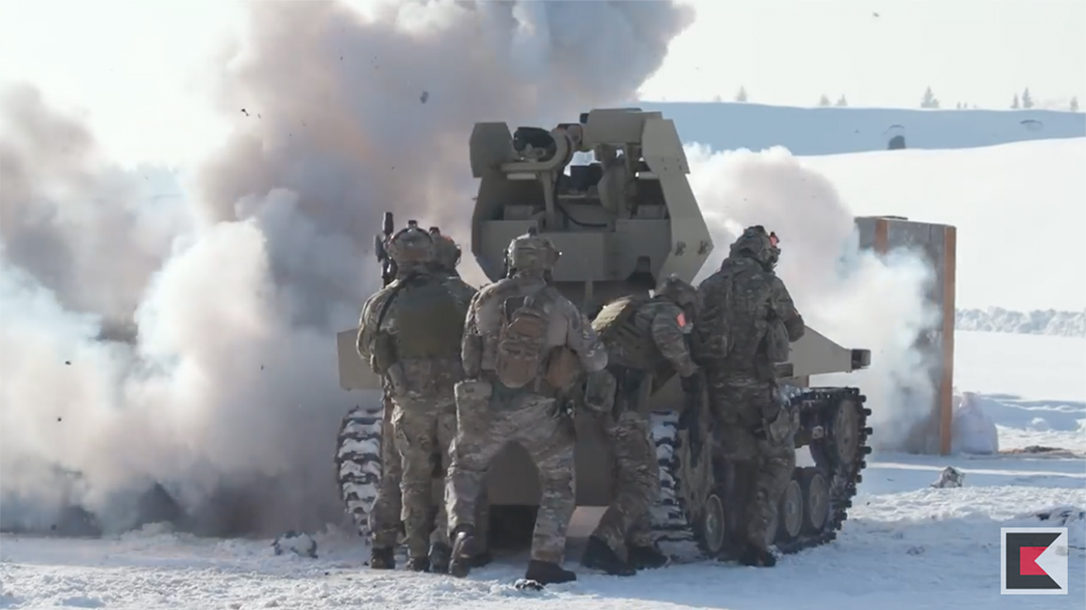 Based on the Dragunov MA prototype to replace the aging AKS-74U, the AM-17 carbine is chambered in 5.45×39. According to Modern Firearms, it features an upper receiver made from polymer with steel reinforcements. The upper also has a full-length MIL-STD/1913 Picatinny rail. The lower is also polymer and is connected to the upper via two captive cross-pins. In addition, this model has an adjustable stock. The AMB-17 boasts the same attributes, but it is chambered in 9x39mm and integrally suppressed.

Pravda Report says the AM-17 and AMB-17 will go into full production after state trials have been completed. These rifles are built for CQB and defensive work for vehicle crews. They will reportedly go to Russia’s National Guard, in addition to the Federal Protective Service and Federal Security Service.

The AK-12 and AK-15, which was also adopted by the Russian Armed Forces, were developed as part of Russia’s “Ratnik” (warrior) program, which—as Russian news agency TASS reports—is an infantry combat system with 10 subsystems that can be modified to meet any combat situation, weather condition and other challenges. It’s comprised of over 40 different items, including small arms, helmets, body armor, communications and navigation devices. It’s touted as being a system built for the “soldier of the future,” with the goal being to equip all of the Russian Armed Forces with the system by 2020. Around 200,000 kits have reportedly been delivered thus far. The AK-12 comes in 5.45×39 and features a 16.3-inch barrel.