Following up on the success of its G9 carbine, Lone Wolf Distributors has unveiled its new AlphaWolf Pistol Caliber Carbine chambered for the popular .45 ACP. 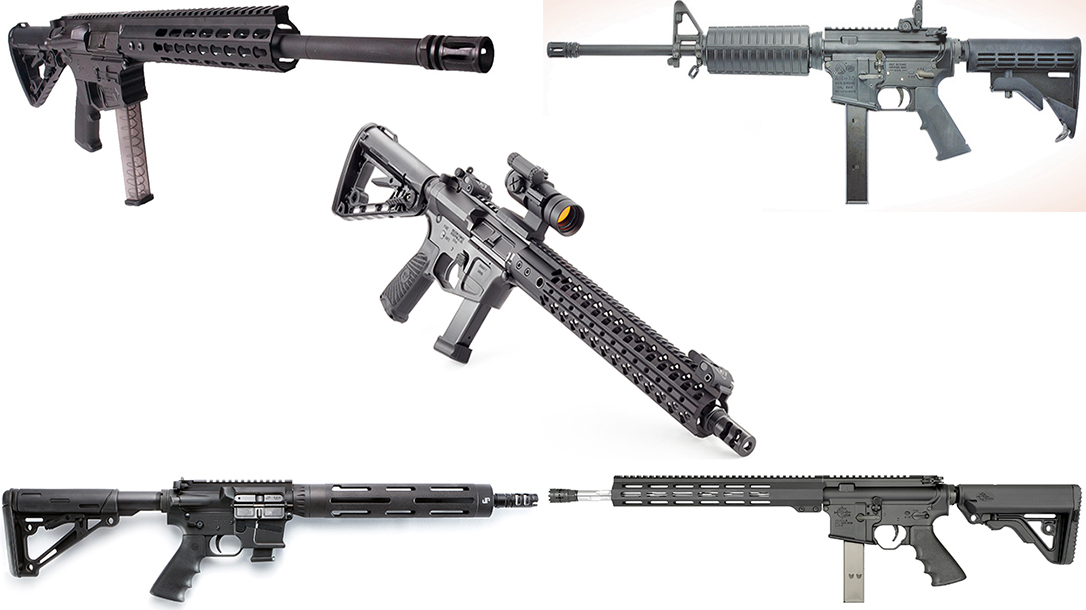 The Lone Wolf AlphaWolf uses a short stroke gas piston system with a rotating/locking bolt. It also features an M-LOK rail system; and upper and lower receivers made of 6061-T6 aluminum. Meanwhile, this pistol caliber carbine comes standard with a 16-inch threaded barrel for either a flash hider or suppressor. The barrel comes with a thread protector and has a thread pitch of .578×28. Additionally, the PCC features a standard AR/M4 fire control group for ease of training.

The Lone Wolf AlphaWolf is compatible with Glock magazines and ships out with one 13-round mag.

Lone Wolf is taking pre-orders on the AlphaWolf PCC right now, with an introductory price of $974.95. The gun starts shipping out in mid-February. The pistol caliber carbine market is getting increasingly popular, and this looks to be a solid entry in that space.