Suppressor meltdown tests are interesting and, more importantly, a lot fun — those aspects are amplified tenfold when the gun being used in the test is an M249 SAW. 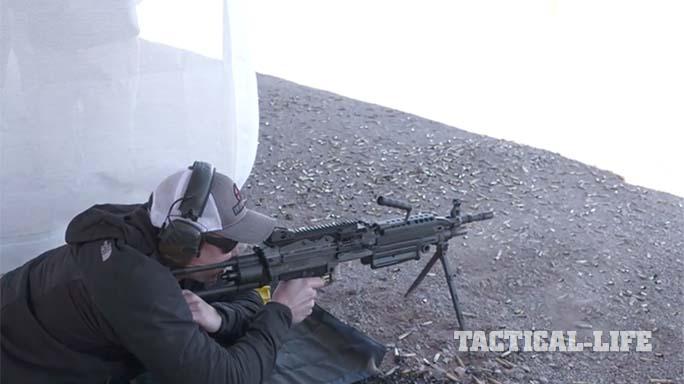 The SAW (Squad Automatic Weapon) is one of the most iconic and longest-serving weapons in the U.S. military. The good [and brave] people over at West Coast Armory recently put an undisclosed SilencerCo suppressor through one of the crazier torture tests we’ve seen using the M249 SAW.

Here is what West Coast Armory had to say about the experience:

“We fired 700 rounds in one continuous burst through a full-auto M249 SAW. The can ended up breaking around the 350-400 round mark. The gun itself ran wonderful and had no problems. The only problem we had afterwards was someone was going to have to clean it.”

The suppressor starts to noticeably heat up approximately 10 seconds after the firing starts. It bursts into flames five seconds later.

The coup de gras comes 30 seconds into the test when the suppressors literally melts in half. Yeah, it was serious.

Check out the video above and watch the magic happen.