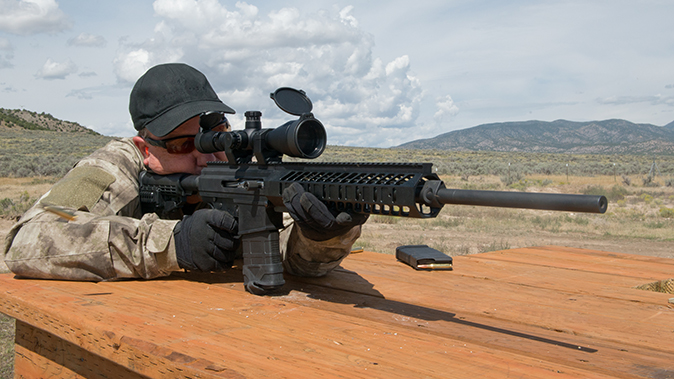 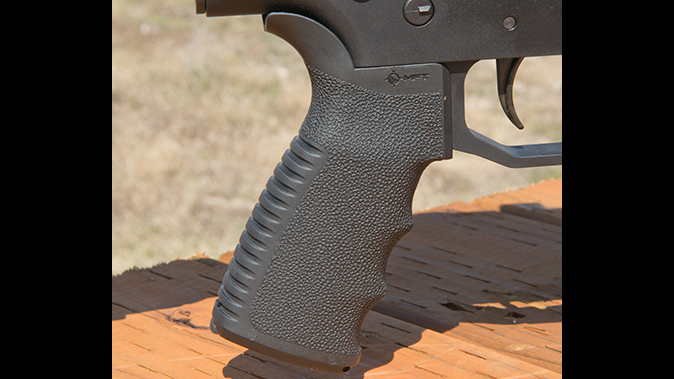 2 of 11
BN308 Review: Going the Distance With Noreen BN308 Rifle
The lower receiver is fitted with a finger-grooved pistol grip from Mission First Tactical. 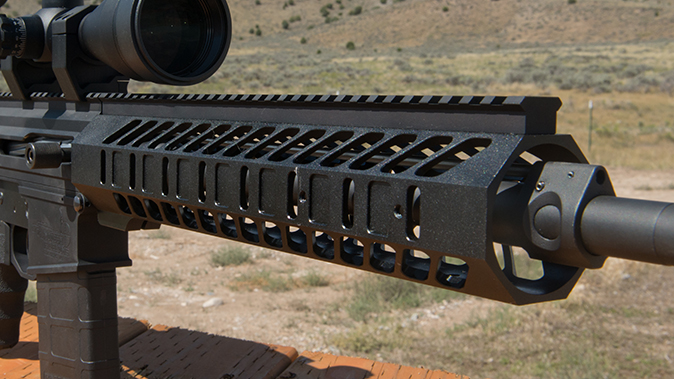 3 of 11
BN308 Review: Going the Distance With Noreen BN308 Rifle
The BN308’s free-floating handguard can be customized rails as needed. 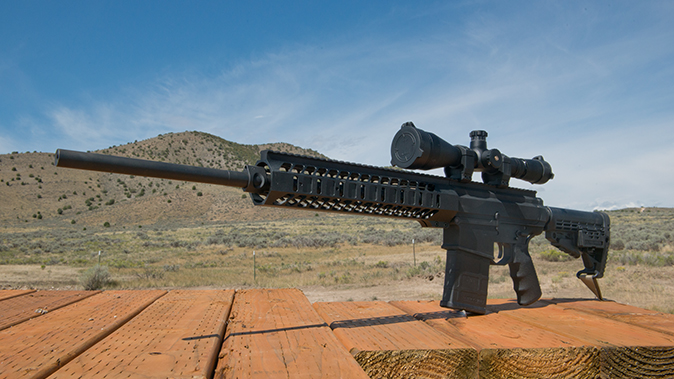 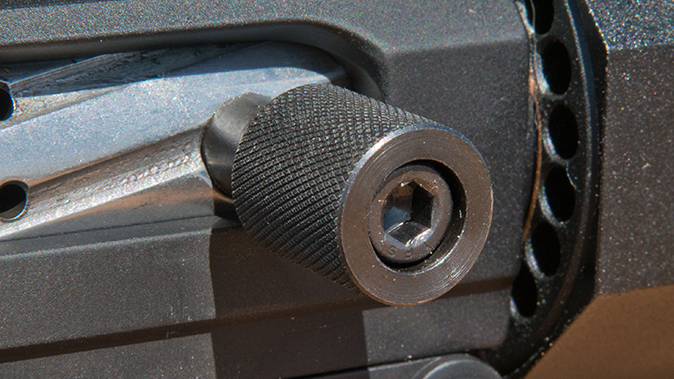 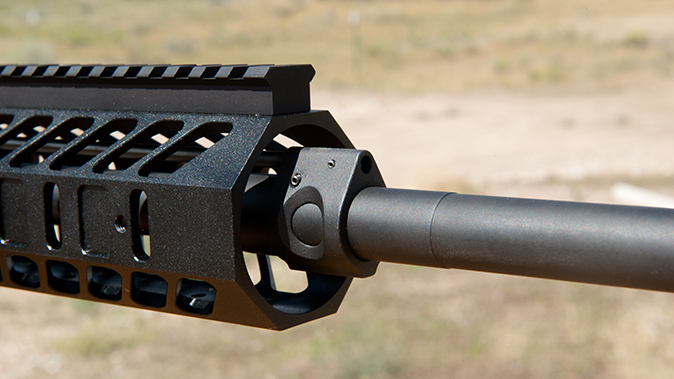 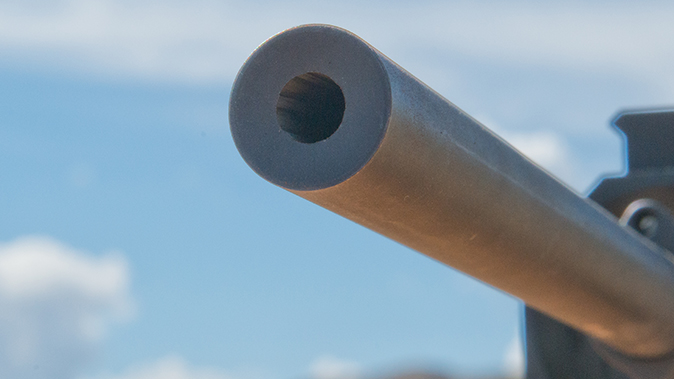 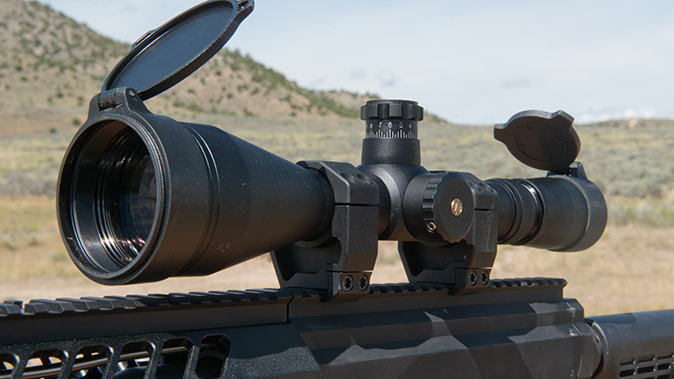 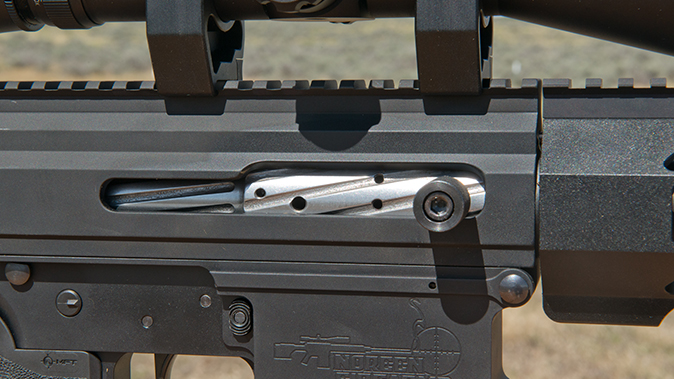 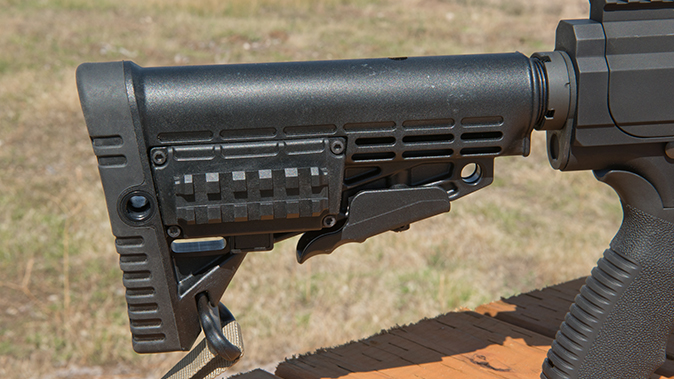 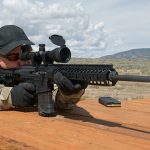 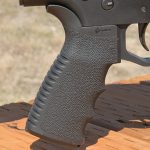 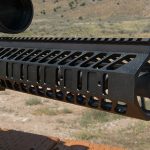 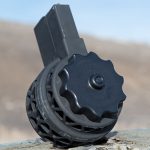 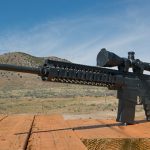 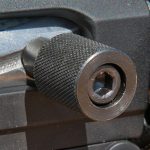 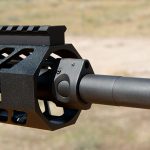 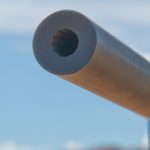 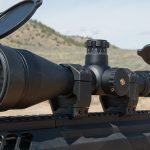 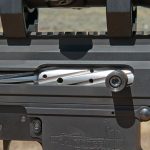 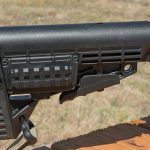 Noreen Firearms is well known for producing high-quality precision rifles in some of the heaviest calibers. The company’s ULR (Ultra Long Range) rifles are chambered in .50 BMG, .416 Barrett, .408 Chey Tac and .338 Lapua. While the biggest calibers are in bolt-action rifles, the company’s Bad News in .338 Lapua is one of the first reliable semi-automatic rifles in this caliber. After testing one of the first of these models, I found it reliable and incredibly accurate. Piston driven and equipped with a muzzle brake, it was one of the softest shooting .338 Lapua rifles ever tested. Noreen’s next design was the BN36, the same reliable platform chambered in .30-06. Although transitioning to a direct-impingement gas system, it remained accurate and pleasant to shoot. One of the latest in the stable is the BN308, the same basic rifle chambered in the prolific .308 Win.

Noreen Firearms starts with a billet receiver and uses a Pac-Nor chromoly barrel with a 1-in-10-inch twist. There was no threading on the test rifle, just a nicely crowned muzzle. Like the BN36, the BN308 uses a direct-impingement gas system. The bolt and carrier are made out of an incredibly high grade of steel just like its larger versions. Made from the same steel used for the gears in Formula One race car transmissions, it is some of the strongest you can get. Takedown for cleaning is the same as most AR rifles.

Bolt manipulation is taken care of with a knob attached to the bolt. Fitted on the right side, it is easy to access and was very smooth in operation. The rifle also utilizes a shortened DPMS .308 AR-type buffer tube. While it is shipped with a Command Arms stock, any compatible AR stock can be easily installed. The forend is clean, with multiple vents to lower weight and increase cooling. Mounting holes along both sides and the bottom facilitate rail attachment as desired. A nicely matched top rail provides pretty much one continuous rail for optics or night-vision devices.

My test rifle was supplied with a Hiperfire Hipertouch trigger. Having used these triggers extensively, they offer very low trigger weights without light primer strike issues. The unique design increases hammer fall while lowering trigger weight. It means you get a crisp precision trigger that is reliable with most any ammunition.

Shipped with both 10- and 20-round Magpul PMAGs, the BN308 uses the standard SR25/DPMS-pattern magazines. It will also work with the X Products X-25 50-round drum magazine.

Leupold’s proven Mark 4 LR/T 4.5-14x50mm scope was attached using a set of Seekins Precision 30mm rings. Seekins Precision rings are very solid, very clean and add very little weight. The standard duplex reticle has been swapped out for a TS-32 MOA reticle by the Leupold Custom Shop. For those not interested in making the move to metric, this reticle eliminates the need for math conversions when ranging or holding over. The bottom stadia line provides 32 MOA of adjustment in 1-MOA increments. Horizontal stadia lines provide 13 MOA in either direction. Nestled below that line is an array of dots at 2-MOA increments for fast follow-up shots or wind holds. Using matching 0.25-MOA turrets, you can use them or the reticle without having to convert anything from mils (metric).

Previous testing of the Bad News .338 Lapua was a pleasant surprise. As someone who is skeptical when it comes to precision accuracy with an AR, I found that rifle to be very accurate. Testing the BN308 provided even more satisfaction and surprise.

My best group using Federal’s 168-grain Gold Medal Match was one large hole measuring a mere 0.34 inches. Half-inch groups were the norm, with nothing reaching 0.75 inches. Cold bores were dead-on, with negligible change or difference in the confirming group. Hiperfire’s Hipertouch trigger really helps here; it is crisp and averaged a measured pull in the 3-pound range. After reacquainting myself with a single-stage trigger, it allowed for some very solid accuracy. Groups were all fired from a bag off a bench, which is not my best position, so suffice it to say that this thing is accurate.

Noreen’s rifles have never been known for being featherweights. The company builds rifles for hard use, not display. Receivers are built from billet with strength in mind, not looks. Still, shooting it from off-hand was not noticeably less pleasant than most AR rifles in this caliber. It balances well, even with the 22-inch barrel. I’m not sure you will be “driving” the rifle between targets, but this was not designed for 3-Gun competitions. Resting it like a precision rifle, the flat and large handguard provides excellent stability. Accuracy from a kneeling position was excellent, with a few 10-round groups at 50 yards staying under 3 inches. Even at 100 yards wringing the lollipop steel was easy while kneeling. This rifle is very comfortable to shoot from unsupported positions.

Reliability was excellent, with no failures to fire, eject or extract. Most ammunition used was match grade, but quite a bit of FMJ from various brands was used with great effect. Firing from prone, resting on the magazine in the dirt, never caused an issue. All of my various SR25-pattern magazines worked fine, including both DPMS and LaRue metal magazines. It also works very well with the X Products drum mags, as both the standard and skeletonized models fit, dropped free and functioned perfectly.

My career as a police marksman started with a mil-lined reticle and turrets in MOA. Ranging in mils requires you to convert the distance to inches before moving your turrets. While a pain, it was certainly doable. Reticles graduated in MOA were rudimentary to non-existent, and turrets in mils were rare.

The times have changed and most (myself included) are moving to all metric. For some that move has been difficult, especially having spent years using MOA. My partner is a perfect example. Having been a police marksman for a couple decades, it was not an easy transition. Leupold’s TS-32 is the perfect solution. It took me a while to move back but remained simple. Ranging known targets out to 500 yards was pretty fast and precise. Engaging steel at that range was equally as simple.

Mounted in the second focal plane, ranging is only accurate at 14-power, but it did not hinder hits out to 500 yards on silhouette steel at 10-power. It was also possible to use the lower portion to observe the splash on a miss, move the reticle over and get a second-shot hit. You’re probably not going to see me move back, but for those searching for a simple and affordable scope with everything in MOA, this is about perfect.

Testing Noreen’s rifles is always fun. They are a bit different, and they never seem to disappoint. It’s enjoyable to see rifles built for shooting, not marketing or display. If you want a truly accurate rifle with solid ergonomics, solid build quality, and complete reliability, then put the BN308 on your list.

*Bullet weight measured in grains, velocity in fps by chronograph and accuracy in inches for three 5-round groups at 100 yards.

This article was originally published in the 2016 issue of “Black Guns” To order a copy and subscribe, visit outdoorgroupstore.com. 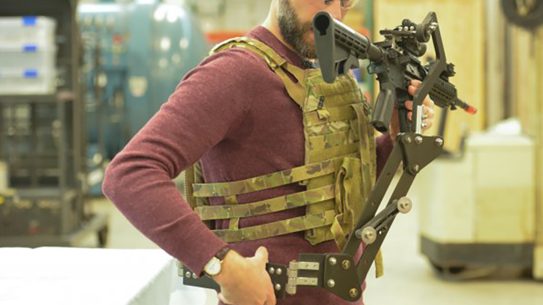 The US Army's new 'third arm' device—built to boost accuracy and reduce fatigue—would be...