I am not a .22-caliber shooter. Even though I have some AR-15 and AUG rifles, I prefer .308 and larger bolt actions. Coming from the military sniping world, my experience with Nosler was limited to some hunts with AccuBond and Ballistic Tip ammo.

Nonetheless, Nosler is slowly becoming one of the most innovative companies in the bullet and cartridge market. Since 2014, the company has come up with five new cartridges designed to push the envelope, from the smallest .22 to the largest .33. Curiously enough, these rounds weren’t what drew me to Nosler’s booth at SHOT Show last year. I wanted to check out the company’s new 300-grain Custom Competition .338 Lapua Magnum boxed ammo, but I got a great surprise when I arrived at the booth.

I saw a huge .22 Nosler sign that advertised speeds of 3,350 fps with the 55-grain bullets and nearly 3,000 with the 77-grain bullets. I have been using .223 and .222 Remington rifles for more than 30 years; I know that they struggle with 77-grain bullets. But I was attracted to that big sign like a bear to honey.

Six months later, I was able to test the new .22 Nosler. This cartridge has proven to be superior to the .223 in every ballistic aspect. It has around 300- to 400-fps more speed and around 50- to 60-percent more energy, even at 1,000 yards. The .22 Nosler might be what I had been looking for: an AR-sized chambering that could use the same bullets as the rest of my .22 rifles with performance comparable to the 6.5 Grendel. 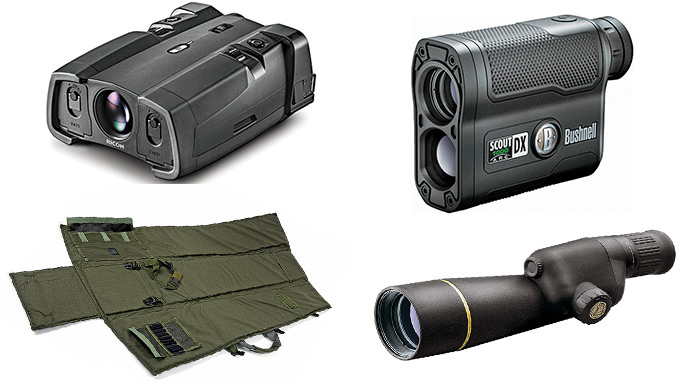 After testing the .22 Nosler in the company’s Varmageddon rifle, I can safely say that this rifle/ammo combo is as accurate or better than any other AR I’ve examined before. The velocities I measured on the range were superior to those advertised by Nosler, with the 55-grain rounds chronographing at an impressive 3,409 fps and the 77-grainers coming in at 2,955 fps, just above the advertised values.

The Varmageddon rifle in .22 Nosler is a real tack driver. In fact, it’s destined to become one of my pet semi-automatic rifles, not just a seldom-used varmint rifle. It’s a rifle that I can use for most everything. But I’m getting a little ahead of myself.

Nosler is located in Bend, Oregon. About two hours away is Grants Pass, where Noveske Rifleworks make its mythical rifles. I am sure this proximity played no small part in the partnership created to make the ultimate varmint- hunting semi-auto.

Nosler currently offers the Noveske-made Varmageddon as an upper alone as well as a complete rifle. I got my hands on the latter. Coming from Noveske, I expected it to be top notch, and I wasn’t disappointed. The complete rifle package, with its Flat Dark Earth Cerakote finish, is configured with an 18-inch barrel featuring a 1-in-8-inch twist rate and a 1/2×28-threaded muzzle. The barrel also has extended feed ramps and is paired with a rifle-length gas system and a pinned low-profile gas block. This is a good setup for reliability.

The 15-inch-long NSR-15 handguard is equipped with a full-length top rail and KeyMod slots along the sides and bottom for accessories. It includes quick-detach (QD) sling swivels and is matched to the billet-machined 7075-T6 aluminum Gen III receiver, which houses a slick charging handle. The bolt carrier group on my test rifle was also beautifully machined. The bolt carrier had M16 cuts, and the gas key was perfectly staked. Coming from Noveske, I didn’t expect anything less.

The lower is also machined from a billet of 7075-T6 aluminum and includes a Geissele Super Dynamic Enhanced (SD-E) trigger, an STS ambidextrous safety and Magpul furniture consisting of the new PRS GEN3 Stock, an MOE grip and MBUS Pro sights.

The Geissele trigger was superb, a true standout feature. It’s one of the best triggers I’ve ever shot on a stock rifle. Once again, you get what you pay for. It is refined and had a two-stage pull. The first stage required 2.2 pounds of pressure while the second stage only required 1.2 pounds. All together, the trigger was crisp and a pleasure to use during slow fire as well as fast double-taps.

I understand that muzzle brakes are a controversial issue these days, with no consensus on what is best. I’m sure that is why Noveske went the safe route and did not include a muzzle brake, but I would have preferred to have something like a SilencerCo Saker Trifecta unit included.

However, the other accessories were very nice. The whole package came in a nice coyote tan soft case with a Varmageddon patch, a Precision Reflex 25-round magazine, QD sling swivels, a nine-slot KeyMod rail and an NSR Polymer Accessory Pack.

I decided to test the Nosler Varmageddon with two different optical systems. Considering Leupold was also located in Oregon, I chose a 7-42x56mm VX-6 scope with a 34mm tube for long-range accuracy testing. Weighing in at only 26.5 ounces, the VX-6 features 1/8-MOA clicks to really dial it in. The second was an Aimpoint setup of my own design with adjustable elevation for the up close and moving target shots.

Adjustable elevation in a red-dot sight? Yes. This system allows you to shoot out to the maximum range of your weapon with the 2-MOA dot directly over the target without having to use Kentucky windage. I developed it using a Cold Shot MOAB 150-MOA adjustable base that I had used on my .50-caliber rifle for the “King of 2 Miles” shooting event. Just dial in the MOA elevation needed in quarter-clicks and you’re good to go. I used it with CompM4 and even a Micro T-2 and added an Aimpoint 6X magnifier to aid in identifying targets. This is a superb setup for moving targets and hunting.

And how did the gun perform? Well, Noveske’s reputation comes from top-notch reliability and accuracy, and this AR lived up to that legacy. Just check the accompanying table to see how well the Varmageddon handled the standard .22 Nosler bullets. The big surprise came with the 77-grain Custom Competition load, which shot an average group of 0.6 inches, with the smallest group coming in at an impressive 0.35 inches. Until now, I did not consider AR-15s for long-range varmint shooting, but with this kind of accuracy and speed, you can face those distant coyotes with ease.

I figured that the .22 Nosler would beat the .223 Remington, as it did. I also expected that the only real advantage of the .22 Nosler over the 6.5 Grendel would be bullet availability, as both needed specific cases and magazines. But these two rounds are actually close to each other ballistically. 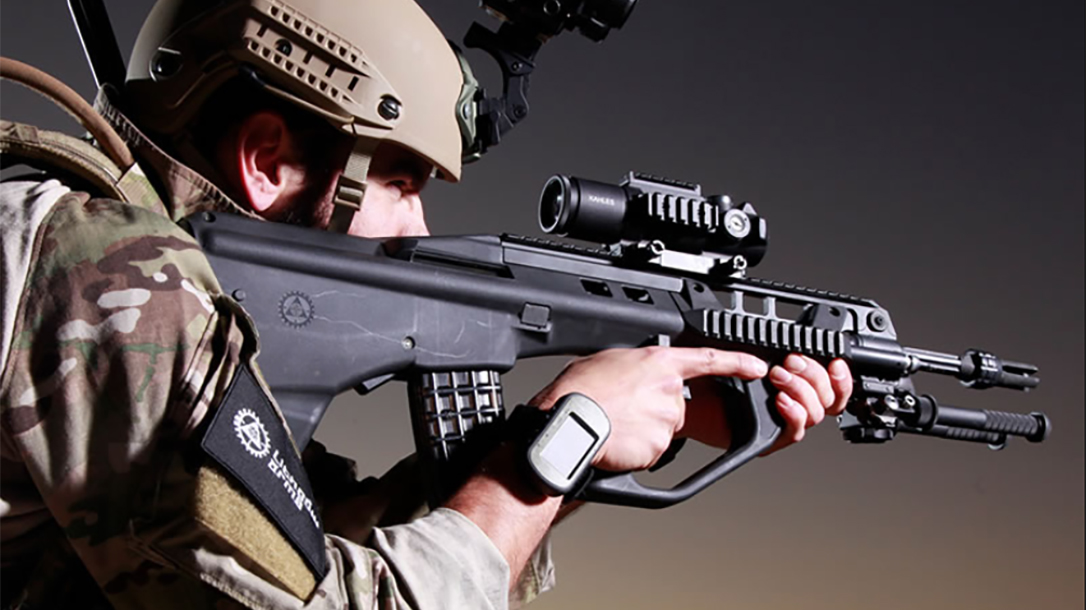 SHOT Show 2018: 6 of the Most Interesting New Rifles to Keep an Eye On

It’s clear that 6.5 Grendel profits from the awesome flight characteristics of 6.5mm bullets, which had a BC of 0.561 with the 129-grain Nosler AccuBond. This is brutally superior to any .22 bullet, even those with high BCs such as the 77-grain Nosler Custom Competition.

The .22 Nosler did really well and fought hard with the 6.5 Grendel. In terms of accuracy, the Nosler rifle/ammo combo was impressive. At 600 yards, I could still create sub-MOA groups.

The Nosler Varmageddon does what no other out-of-the-box AR does: It shoots accurately out to 1,000 yards. It is sniper-accurate and reliable, and follows the Noveske ideology of being among the best of the best in the AR world. For those who think $2,000 or more is just too much, you can also buy the upper alone.