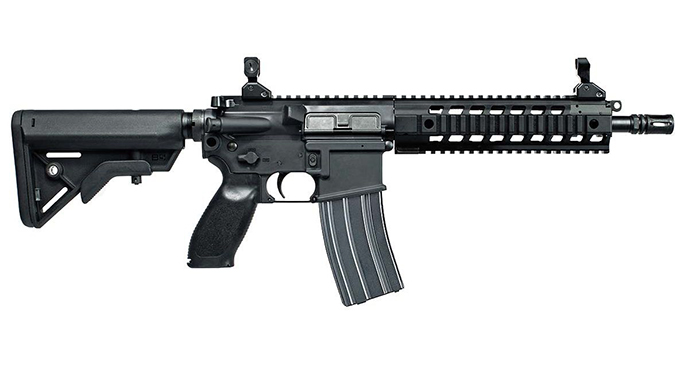 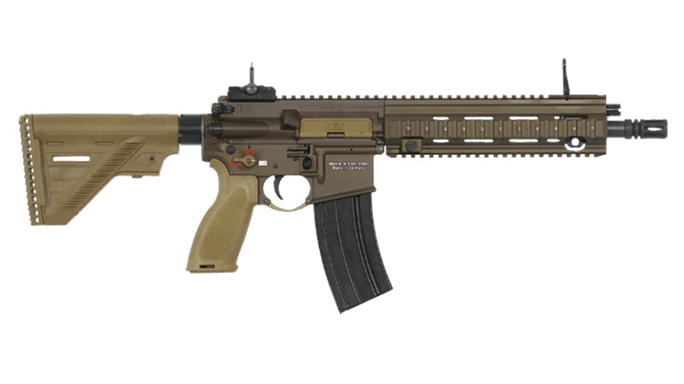 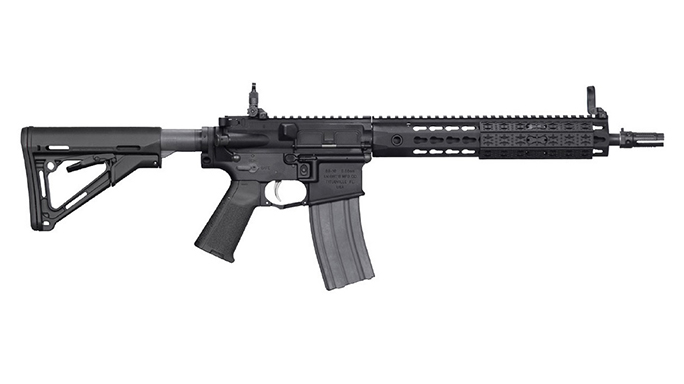 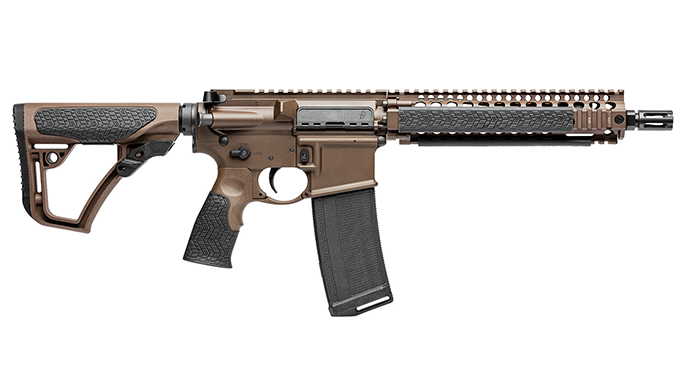 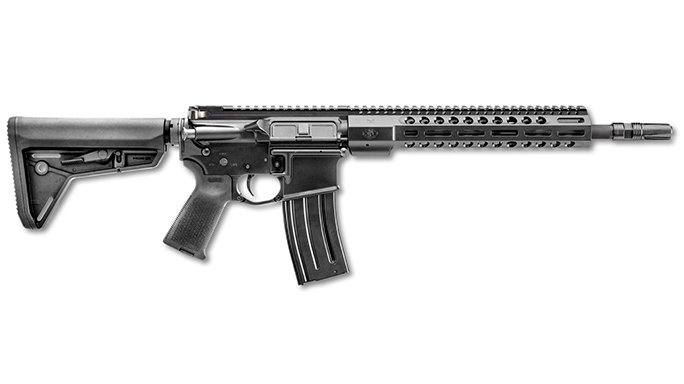 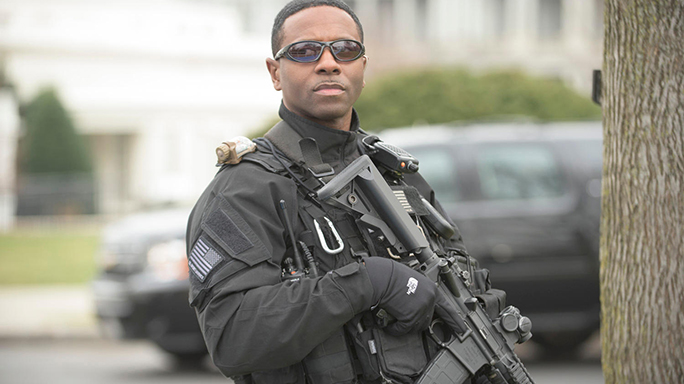 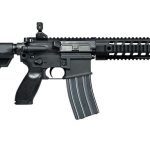 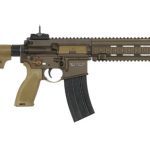 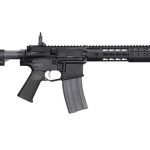 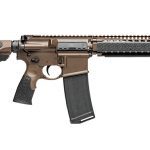 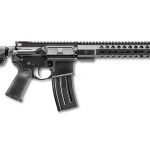 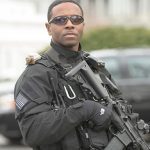 Ah, a new U.S. Secret Service rifle. The whispers of change have been flowing for over two years. The rumor that the Secret Service was going to officially add a very specific AR platform rifle to its inventory has been fuel for Internet discussion for some time.

All the questions were recently put to rest, however, as the Secret Service officially released a Special Bidding Notice for a new rifle last week. The new blaster for the Secret Service is going to be an AR SBR rifle chambered in 5.56.

While no definitive answer as to “why” there is a search for a new rifle, there have been discussions about replacing the venerable MP5 in the Secret Service’s ranks for some time. The plan is to go with a weapon firing a rifle caliber round and, in turn, provide better ballistics.

This will be a big change. Right now, only the Secret Service’s Counter Assault Team is typically armed with AR-15 or M4 rifles.

The company that ultimately wins this contract will not only have a feather in its cap, but a decent increase in its bank account as well. Some estimates see the purchase running as high as $10 million.

The notice states, “The Secret Service is offering a five-year Indefinite Quantity/Indefinite Delivery (IQ/ID) contract, this however, has a lifetime quantity ceiling of 3,900 rifles with a guarantee of a minimum order of 500 rifles.”

A few of the specifics are that the Secret Service rifle must be equipped with full and semi-automatic firing capability. It can be no heavier than 7.5 pounds. It must also have a 10 to 12-inch barrel and an overall length not to exceed 34 inches with stock fully extended.

The rifle can either be a direct impingement system or a piston gun.

For barrel life, the Secret Service states it must be at least 15,000 rounds and be threaded in1/2×28 to accept a suppressor. The controls need to be ambidextrous with the standard rotary fire selector.

The Secret Service lists a two-stage trigger with a pull of between 4 to 6.5 pounds, which is a pretty wide spectrum.

Lastly in the general category, they want a gun with a free-floating forend that has no less than 9 inches of rail-space that must be able to attach 1913 Picatinny rail segments.

The white paper goes on to state some obvious points such as the gun needs to be able to be run by left or right-handed shooters, and that all external metal parts of the weapon shall have a dark subdued, rust/corrosion resistant finish. There is a link to the biding notice below if you would like to read the nitty gritty details.

Now that the ball is rolling, the question is “Which manufacturers are in play to secure the Secret Service rifle contract?” Well, there are several that have a real chance to take the prize.

One of the first contenders that comes to mind for the Secret Service rifle is the Sig Sauer SIG516 PDW.

The gun uses a short-stroke pushrod system that reduces carbon fouling, excessive heat and unburned powder in the action. It has an adjustable gas valve to allow operators to increase the flow of gas when using lower pressure ammunition or when adverse conditions require additional energy. Reduced flow and the off-position enhance the use of suppressors.

Sig Sauer is no rookie when it comes to working in the federal procurement world. It will be interesting to see what they ultimately submit.

Next on the “of course they will submit” list is Heckler & Koch. I believe they will offer up the HK416 A5 with the 11-inch barrel. This gun is obviously a version of the well-known 416 and will certainly be a contender.

Some of its strong features include a modified and tool-less gas regulator for suppressor use, “winter” trigger guard for use with gloves and cold weather clothing, and an enlarged bolt catch lever and protective barrier against accidental discharge. One other unique feature is that the safety/fire selector lever can be set to safe when the hammer is in the cocked or uncocked position. While not listed in the request, it is certainly a plus.

One company that already has a place with the Secret Service is Knights Armament. They are currently supplying rifles to the Secret Service’s Counter Assault Team (CAT) and the Emergency Response Team (ERT). Both teams are using the Knight’s Armament Company 5.56x45mm SR-16E3 CQB.

With that as a base, it would make sense that they would submit the same gun for the larger contract. Configured as an SBR, the gun features an 11.5-inch chrome lined, free-floated barrel. Coming in at only 6.1 pounds it would be easy to carry and maneuver.

Like Sig, this isn’t Knights Armament’s first governmental rodeo and they are certainly capable of making a real run at the contract.

Next on the list is, of course, Daniel Defense. The company’s MK18 could be a natural fit for the Secret Service.

This is a direct impingement gas gun and comes in at a very small 26.75 inches collapsed. It also weighs only 5.88 pounds. The gun and parts have been used in some pretty serious circles. The MK18 features the railed forend Daniel Defense currently provides to USSOCOM and a 10.3-inch cold hammer forged barrel.

A resume like that warrants the utmost seriousness come submission time.

From our friends at Fabrique Nationale d’Herstal in Belgium, I would expect to see the FN 16 Tactical II Pro. This is a bit of a unicorn gun in that it is not widely known. It is not even on the FN website at this time.

The gun was on display, however, at the 2017 SHOT Show in Las Vegas and it is certainly worthy of a hard look. The FN 16 Tactical II Pro is an SBR that fits all of the criteria laid out for the contract. As with several others on this list, FN has an established ability to navigate the red tape associated with such a project.

The competition for the contract will be fierce and honestly fun to watch. Any time an agency puts out a such a request, it is serious business (cough, Army, cough). With the Secret Service though,it takes on an even more serious tone. The U.S. Secret Service has a zero-fail mission criterion. To say that they will be finicky about the gun they choose is an understatement.

RELATED STORY: The 8 Pistols That Battled to Win the Army’s XM17 MHS Competition

So, the question many may ask, “Are these the only contenders?” Very possibly not. A contract of this size will motivate many people to start getting a gun ready. The challenge will be time and ability to fill the contract. There is always a chance that a dark horse will come out of the field and take home the prize. 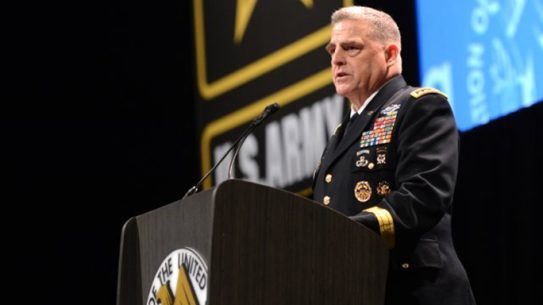