"You could spend way more on a comparable factory-built AK rifle, but you won’t have nearly as much fun."

Eugene Stoner’s AR platform is the most versatile firearm in all of human history. The plethora of barrel lengths, stock options, accessory rails, variegated magazines and many-splendored widgets make the modern black rifle the functional equivalent of Legos for gun nerds. 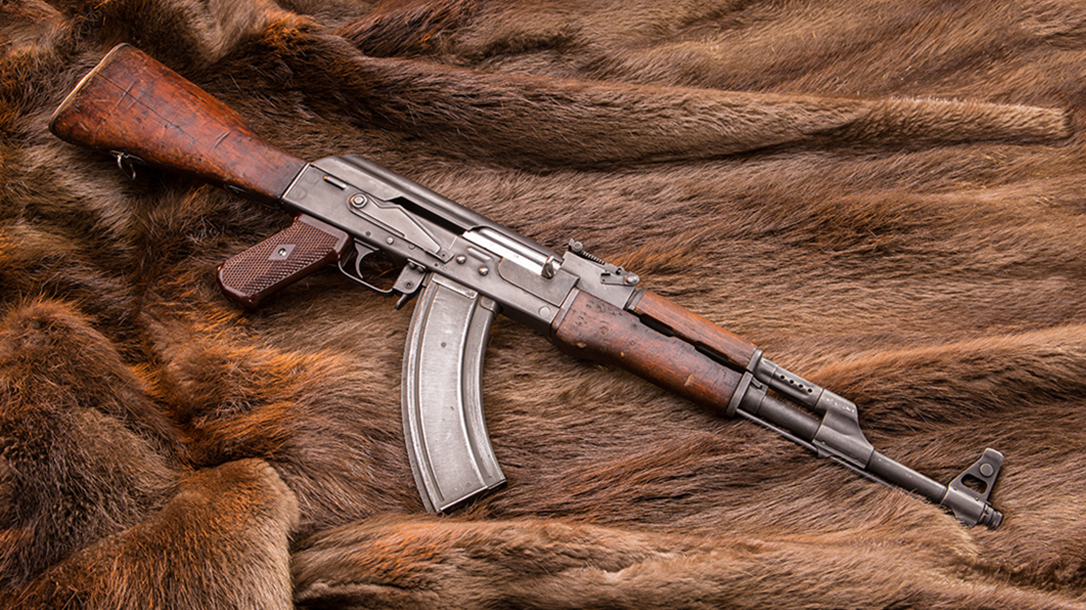 The modular nature of the design also lends itself to tinkering. With the investment of a few inexpensive tools, most any three-thumbed ape can bodge together one of these magnificent little rifles on his dining room table. I have personally built more than 25 over the years. Down here in the Deep South where I live, if you haven’t built an AR rifle with your kid before they leave for college, your neighbors could report you to the authorities for child neglect.

While the classic AR brings with it many laudable features, the platform is objectively not as reliable as its unwashed cousin from the Russian steppe. If the AR is a sewing machine, then the AK is a garden hoe. Borne of the Russians’ literal fight for survival against the Nazi scourge, the AK is rugged, simple and idiot-proof. It has also been a bit tougher to build from scratch than its elegant Western counterpart.

Fitting an AK barrel to its trunnion requires a decent shop press. Mounting the trunnion to the receiver mandates the capacity to set rivets. You’ve also got to weld rails into the receiver if you’re building one from scratch. I have personally built a few of these guns by hand, but it is tedious, frustrating and time consuming. Additionally, at the end of the day, hand-built AK rifles never look quite as professional as the factory-made sort. Enter Palmetto State Armory (PSA).

Along with offering complete PSAK-47 rifles, PSA has begun offering 100-percent American-made AK build kits. The purist will instantly recognize that the resulting gun is actually a stamped-receiver AKM rather than a milled-receiver AK-47, but attention to minutiae such as this is the reason most of us introverted gun nerds don’t have many friends. Each and every part is built here at home, and PSA does all the heavy

lifting regarding the tedious bits of the build. The receiver is a serialized component that must be transferred through an FFL dealer, but the kit is at least as plug-and-play as an AR counterpart.

The basic PSA build kit orbits around a stamped-sheet-steel receiver into which the barrel has already been installed and headspaced. The receiver rails are already professionally welded as well. The entire assembly is finished in an attractive bake-on black finish. The gas block and front sight base are professionally installed as are the magazine release and triggerguard. Anything that requires rivets or expensive machines is already done for you. The receiver comes with a ComBloc standard scope mount as an added bit of sweetness. With this as a basis, you can customize the gun to your heart’s content.

I opted to build up two of these AK rifles. One is as it would have been issued to a Warsaw Pact soldier in 1975. The other sports cutting-edge Magpul polymer furniture. PSA offers kits with a variety of furniture options, and the world is your oyster when it comes to forend rails, collapsible stocks and optics. If you cannot find it on the PSA website, you likely don’t need it. Anybody with an Internet connection and a credit card can build up an AK rifle as unique as their own fingerprint.

The barreled receiver includes the top cover, gas tube, bolt and carrier, and complete receiver assembly. The build kit has your stock and forend furniture, recoil spring, pistol grip, mounting hardware and guts. By investing in a single barreled action, you could even accumulate the stuff to make your gun into several different platforms, all with a single serial numbered FFL transfer.

If you can work a screwdriver, you can mount the pistol grip, forend kit and buttstock. If you cannot operate a screwdriver, gently put the magazine down and sit alone in the corner so as not to break anything. Somebody should be along shortly to feed you.

The only real pain in the butt comes when it’s time to install a GI-issued AK fire control group. I don’t know if Mikhail Kalashnikov had more hands than do I, but I have driven myself to distraction trying to balance the 17 components that must be in perfect alignment to fit in place. Alas, the flower of modern American engineering prowess has naturally schemed a solution to this thorny problem. This nifty contrivance is called a hammer and trigger pin retainer plate, and it is the coolest human invention since indoor plumbing and moon pies.

The hammer and trigger pin retainer plate excises all the pain out of an AK build. Just get everything oriented, snap the plate in place and secure it with the safety lever. Should you run into trouble, there is always the miracle of YouTube.

Installing the Magpul buttstock was a bit more complicated than expected, but it still wasn’t tough. YouTube filled in the gaps. The end result interfaces wonderfully with the human form and remains tougher than woodpecker lips.

There is a reason that the AK rifle is the most produced firearm in all of human history. Based loosely upon the German StG 44, the AK is lightweight, maneuverable and powerful. As we tinker with calibers and cases in our modern sporting rifles, we seem persistently returning to the observation that a .30-caliber bullet traveling around 2,500 fps always seems to mean you brought enough gun. If you want to shoot Truman out of a dime at a kilometer, you need a different tool. However, if you want a handy carbine that will hide next to the bed or behind the seat in your truck and leave you immune to the coming zombie apocalypse, then this is it.

The PSAK-47s did not care for TAPCO magazines, but everything else ran swimmingly, including ComBloc drums. I have found that TAPCO mags are typically a bit oversized for some of my other AK rifles as well. If you already have a stash of TAPCO boxes, a few minutes with a little sandpaper will allow them to work nicely.

The accuracy here was typical minute of AK. I could hold 3-inch groups with cheap bulk ammo without straining too hard. The limiting factor was my half-century-old eyes and iron sights, not some limitation of the guns. If bullets are flying for real, the nuances won’t matter. Nobody ever concentrates on their sights, controls their breathing and focuses on squeezing the trigger when somebody else is shooting at them. In that case, too much brain space is already being taken up just trying not to crap your pants. 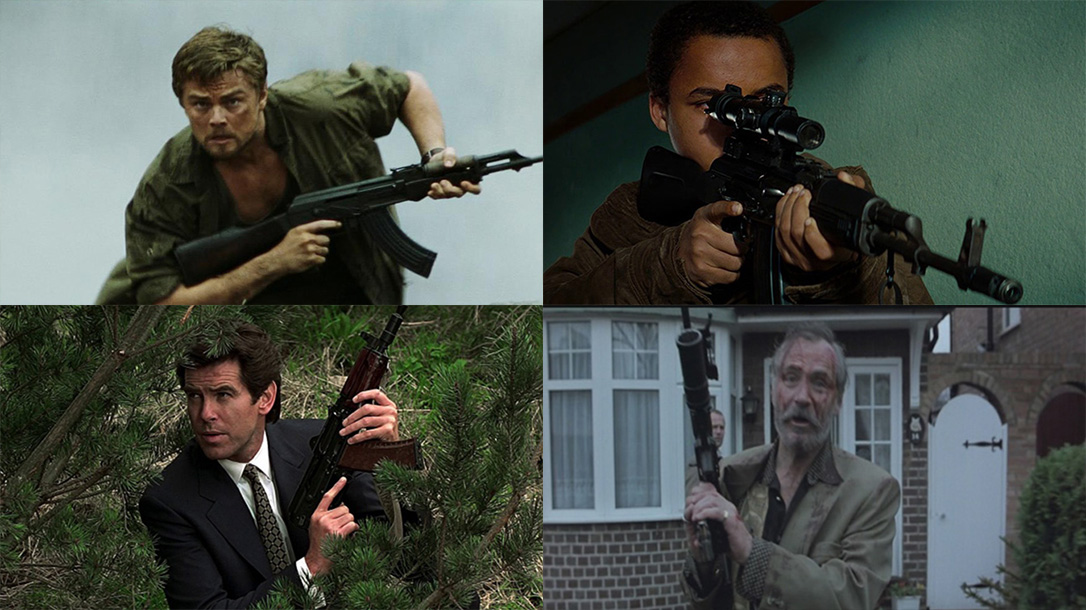 Of course, these guns are both reliable. The only firearm more reliable than an AK is perhaps a revolver, and that assertion could be contended. The day an AK rifle doesn’t run reliably will be the day I vote Democrat.

The standard fixed-stock AK carbine really is a great home-defense tool. The short, stubby architecture makes the gun maneuverable in tight places. The weapon corners nicely indoors and even runs fairly well from a vehicle. The rear sling swivel is mounted on the toe of the buttstock, and the front attachment point is on the left side of the gas block. This is a suboptimal solution yet remains serviceable enough. I toted these guns around my rural farm for a while just to get acquainted, and it wasn’t an unpleasant chore.

These guns are fast in action, and the recoil isn’t bad. Follow-up shots are fast, and the 30-round magazines last a long while. If swapping magazines offends you, the PSAK-47s ran my Romanian and Chinese 75-round RPK drums just fine.

In the end, the PSAK-47 represents a quality product at a very reasonable price. The pride of ownership exceeds that of a factory gun somebody else built, and the project makes for great father/kid time. The build really doesn’t require any exceptional skills, and the rifle readily lends itself to personalization. The PSAK-47 gets you into a quality defensive rifle at a fraction of the cost of the big-name guns. You could spend way more on a comparable factory-built AK rifle, but you won’t have nearly as much fun.

*Bullet weight measured in grains, velocity in fps by chronograph and accuracy in inches for best four-shot groups at 100 yards.