0
SHARES
12
VIEWS
Share on FacebookShare on Twitter
Patriot Ordnance Factory recently announced an upgrade to the highly-anticipated Rogue series. Dubbed the industry’s lightest .308 rifle and pistol, the Rogue line gets a match-grade trigger from the factory. 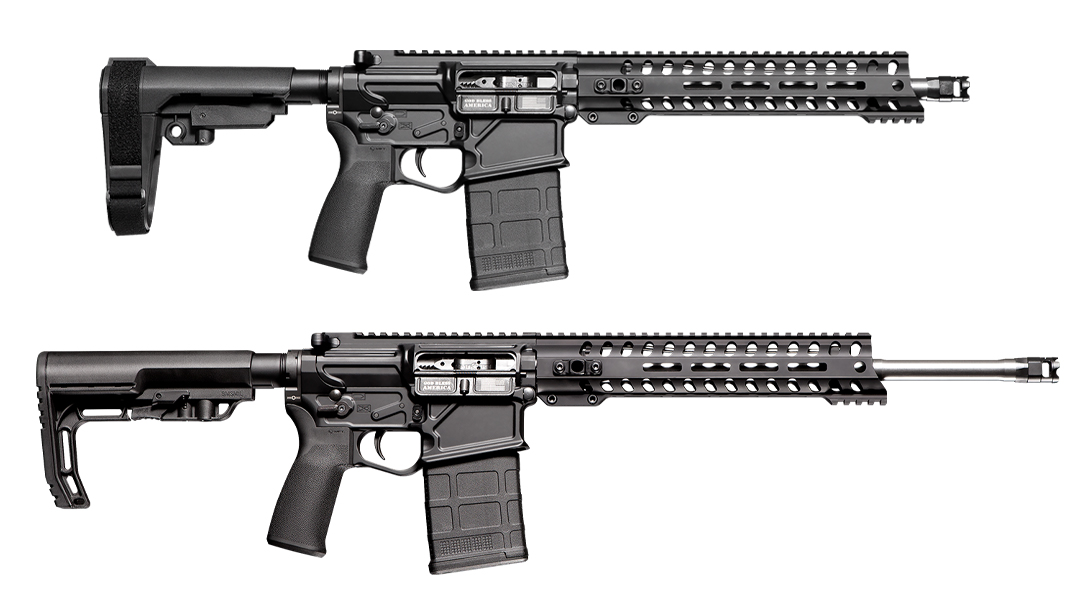 When Patriot Ordnance Factory announced the Rogue in early 2020, it quickly gained traction for being the lightest .308 AR in the world. It’s based on the Revolution platform; however, the Rogue boasts a lower MSRP of $1,799.99.

But recently POF leadership decided to include even more value to the Rogue family of rifles and pistols. Originally slated to include a mil-spec trigger, the Rogue now comes with an upgrade. A 4.5-pound, drop-in, match-grade trigger improves the platform. Additionally, the new trigger ships with each and every Rogue slated to go out the door.

“We knew the Rogue was going to be popular with hunters that use an MSR in the field,” said Frank DeSomma, POF-USA, “so we wanted to give them a trigger that enhances the rifle’s performance, while giving the hunter the edge they need to make an ethical shot.”

This free upgrade will be installed in all Rogue models, including the 12.5-inch barrel pistol and 16.5-inch barrel carbine. The carbine weighs just 5.9 pounds, while the pistol weighs a mere 5.7 pounds. These weights are almost a full pound lighter than the class-leading Revolution DI.