Renegade+ 224: POF-USA Gets in on the Federal 224 Valkyrie Craze 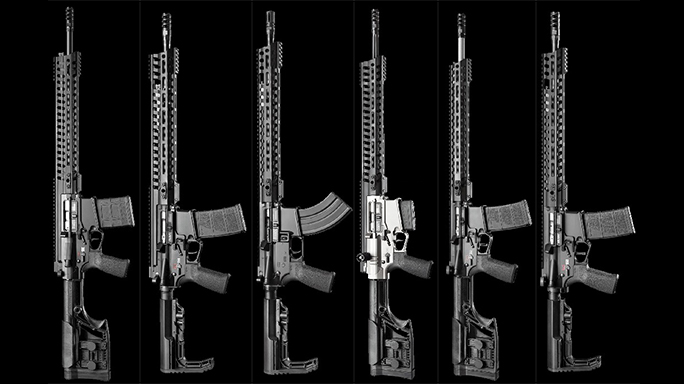 8 Patriot Ordnance Rifles Ready for Any Mission or Need

Three words come to mind with regard to .224 Valkyrie: long-range precision.

“The results recorded by our engineers during the cartridge’s extensive development and testing process speak for themselves. The 224 Valkyrie provides extremely flat trajectories, supersonic velocities at as far as 1,300 yards downrange, and match-grade accuracy,” Federal Premium says.

“The 224 Valkyrie is based on a 30 Rem./6.8 SPC case necked down to .224 caliber,” Federal added. This gives it similar geometry to the 22 Nosler — although the Valkyrie’s ingenious blend of case capacity and ample ogive space, coupled with a highly efficient, heavy-for-caliber .224 projectile, produces downrange exploits the 22 Nosler can’t touch.”

With this round, Federal also touts reduced recoil and better ballistics over its competitors.

“It offers up to 127.88 inches less drop and 68.76 inches less wind drift at 1,000 yards than the 223 Rem and other short-action calibers like the 22 Nosler and 6.5 Grendel,” Federal says. “Plus, its ballistics are comparable to much larger, harder-kicking calibers like the 6.5 Creedmoor — with as little as half the felt recoil.”

For more on POF-USA, visit pof-usa.com.