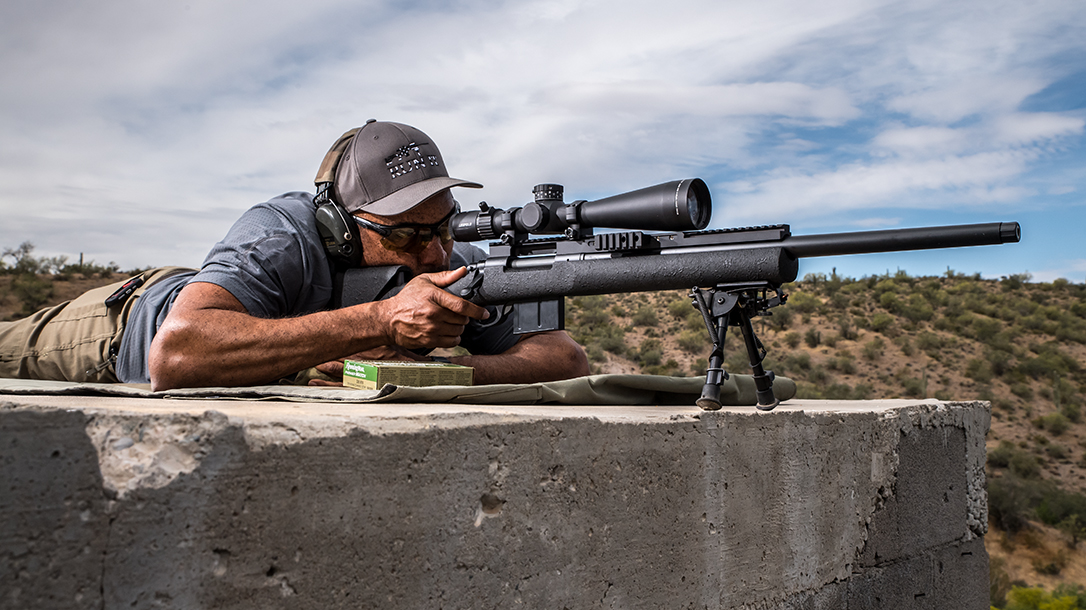 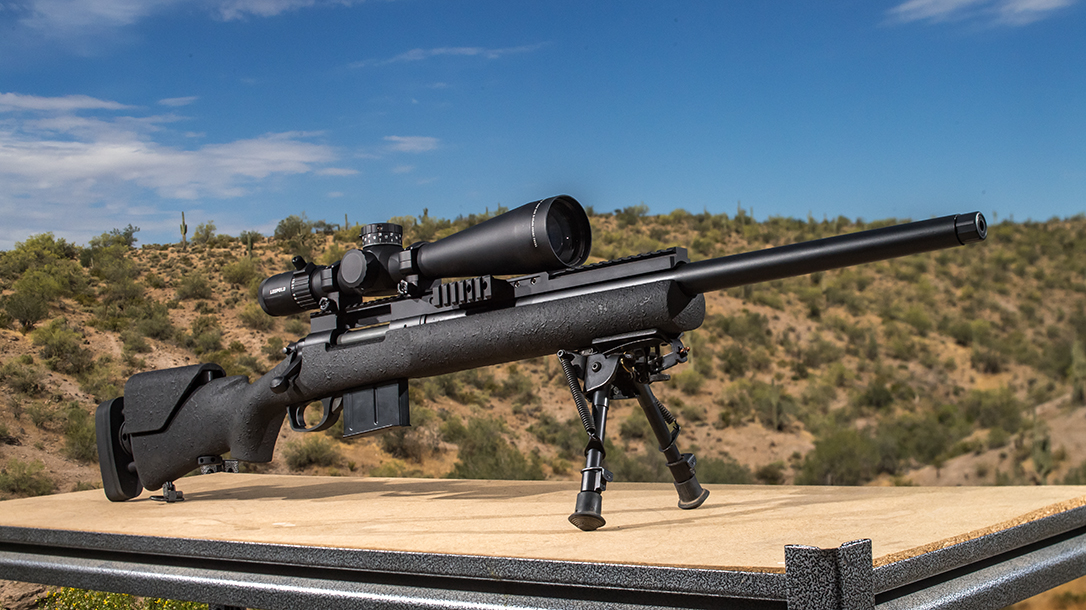 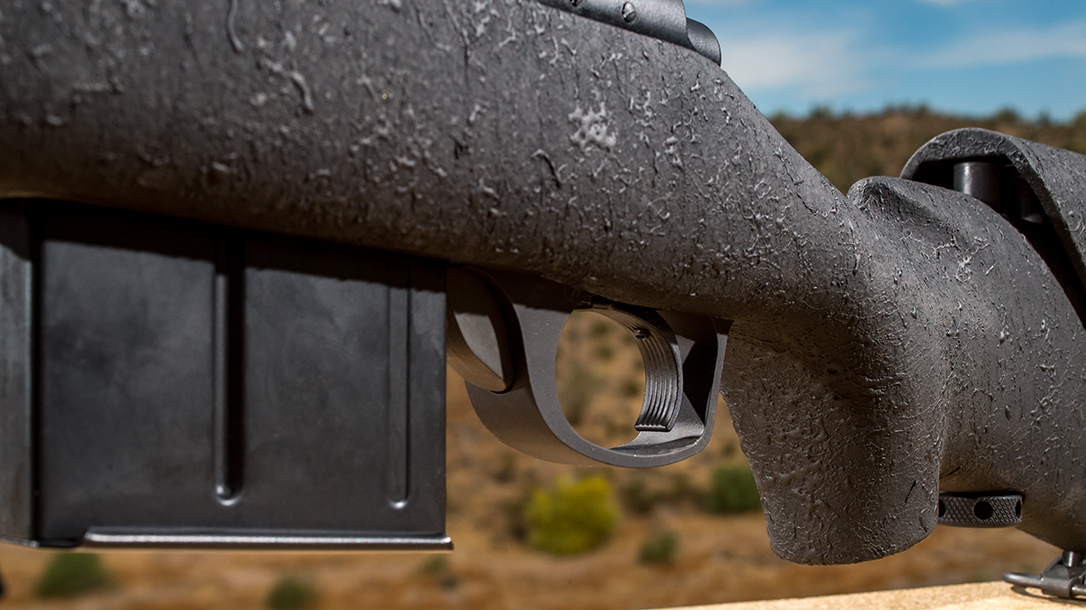 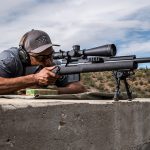 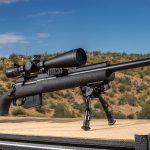 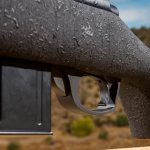 There are certain firearms that grab our attention and hold it close, like a high school crush. Typically, this happens when a firearm is rare or offered only in limited numbers. Another way for manufacturers to ensure massive amounts of consumer desire is to designate a firearm as military or law enforcement only. This immediately angers the general gun buyer while at the same time holding their gaze and desire for long periods of time. A prime example of such a brand is Remington Defense. It’s elusive on its best day and completely shrouded in secrecy on its worst. It makes you wonder what it’s actually doing back behind the Big Green curtain, because they’re only guns, and guns can’t be that classified. Can they? 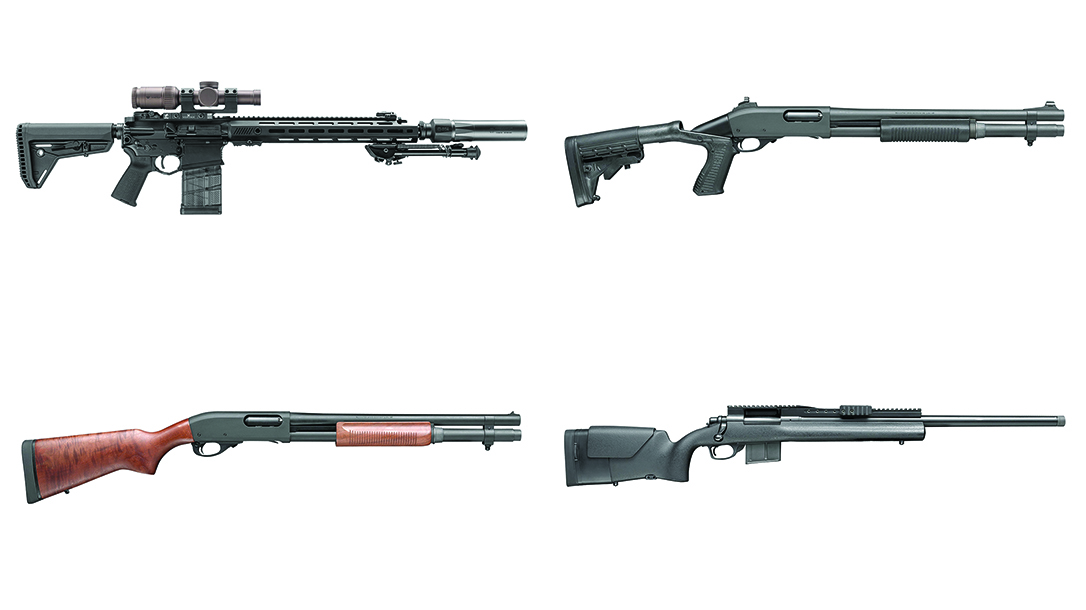 I, too, have lusted over Remington Defense products, if for no other reason than, well, they’re defense products and therefore must be far superior to the offerings for us mere mortals. Even if it’s only slight superiority in the way of upgraded parts or pieces, or for the simple reason that a “special” customer specifically requested certain features, I’ve been bothered by Remington’s lack of empathy for the rest of us. But change is on the horizon.

Remington is now launching several of its Defense-labeled products to the rest of us, and yes, they’re the real Defense products, not watered-down versions that’ll still leave us jealous of the servicemen and women and first responders who have these firearms issued to them. Not all products will be available, as you might expect, and details on exactly which ones will be available are still spotty at times. Nonetheless, I received three of the aforementioned goods and was able to test-drive others in the high desert of Utah at the Barnes Ammunition range.

I love bolt actions like Ice loves Coco, and my first question was this: Which of the manual-throw guns would get the civilian OK? Visions of the .338 Lapua Precision Sniper Rifle (PSR) and the .300 Winchester Magnum M2010 Enhanced Sniper Rifle came to mind, and warmth filled my body. “This is it,” I thought. I had the pleasure of running both in Utah, where the M2010 put several hits on a target 1,900 yards away. Believe it or not, I didn’t have as good luck with the .338 Lapua.

The time I spent on these rifles was incredible, and I could only imagine the people lining up for these tactical tools. But as of this writing, neither of those two will be available. While I was a bit disappointed, my mood picked up when the M24 showed up for review.

Built on the venerable Remington 700 action, the M24 Sniper Weapon System (SWS) is the Army-specified sniper platform that’s been in service since 1988. The specific model being released is the M24A2, which has a detachable box magazine where the original M24 did not, and it has that incredible, always-tactical-looking Modular Accessory Rail System (MARS), which immediately propels any rifle to superstar status in the aesthetics department. The MARS simply adds Picatinny space to an otherwise bare platform, but it does this in a “tacti-cool” style that only a military product can. Let’s face it: The MARS is large in size, and had it been introduced as an accessory for the civilian, it probably wouldn’t have taken off. At any rate, side rails can be affixed to different locations on the MARS, and it’s badass.

The M24A2 has a 22-inch, 416R stainless steel, Remington hammer-forged barrel with 5R rifling in a 1-in-11.25-inch twist rate. This twist rate offers good performance from both 168- and 175-grain projectiles, as was evident during testing. The A2 variant of the M24 also comes with the barrel threaded for a suppressor, specifically an OPS Inc. model that isn’t available anymore. Instead, you can opt for the AAC 7.62-SD available in the complete M24A2 kit.

The M24A2 also has an adjustable H-S Precision stock. You can adjust the length of pull and comb height with ease, and the positions stay put once achieved. I found it easy to get the appropriate fit for my shooting session with the M24A2. And as cool as the M24A2 is, it’s relatively no-frills in nature. But then there’s the trigger, which will make you appreciate the platform even more. It’s adjustable, and my test sample’s came from the factory at a heavy 4 to 5 pounds. It made shooting groups tricky, but I didn’t want to mess with anything just before the test, so I left it as is.

Not Quite a Heavyweight

The M24A2 feels heftier in hand than it actually is on a scale. It weighs in at 11 pounds unloaded, but adding a scope and bipod took it to 15.2 pounds. That’s somewhat light for a .308 Winchester/7.62mm NATO rifle in my opinion, especially one lacking a muzzle brake or suppressor. The M24A2 has some recoil, no doubt, and I wouldn’t consider it an all-day shooter unless you put something on the business end to tame it a bit. Regardless, it was fun to shoot.

The complete M24A2 system comes with a 3.5-10x40mm Leupold Mark 4 LR/T scope. But since there wasn’t one around, I opted to keep things “Leuy” but with a slight twist, choosing the 5-25x56mm Mark 5HD with the CCH reticle. It’s significantly larger than the Mark 4 LR/T but looks great and works well on the rifle.

The mil-spec nature of such a rifle is intriguing, but in the end, the shooting is where it’s at, and I couldn’t wait to put rounds downrange. Admittedly, I had no clue of the M24A2’s capabilities. I assumed it was a solid and consistent 1-MOA rifle, which would be good, but I was still surprised when the rifle produced a 0.36-inch group at 100 yards even with a flyer. This came while feeding it Nexus 175-grain Sierra MatchKing (SMK) BTHPs. I’ve found this Nexus load to be consistently good across several rifles. The gold-standard Federal Gold Medal Match 168-grain SMKs managed a 0.43-inch group prior to the Nexus ammo. This group had an incredibly tight vertical variance, and the issue was in my shooting.

All told, I fully believe this to be a 0.25-MOA rifle, which isn’t easy to manage. Remington’s 175-grain Premier Match ammo created a group measuring 0.59 inches wide, which isn’t bad by any stretch of the imagination, especially for a true, battle-ready rifle system. Yes, the M24A2 is a shooter for sure.

After some time on the short range, I ventured out to the long range to see what the system had left. I grabbed the 168-grain Federal rounds and took a quick guesstimate on ballistics for the 825-yard distance, which had a full-sized IPSC target waiting for the projectile delivery. I dialed in 6.5 mils and pressed the heavy trigger. A couple seconds later, my ears were awarded with that sweet ring of steel. The M24A2 had successfully sent the bullet home. I tested velocities while shooting at this distance, and all brands landed first-round hits on the 825-yard mark, although the holds were a bit different for each.

Then I attached a CGS Hyperion 7.62 QD suppressor. This particular model has delivered impressive results on several rifles, and this was no different. Following the same procedure as before, I sent the first round out to 825 yards, suspecting a change in velocity. Again, the M24A2 brought the good stuff and landed the round on the first press. This was too easy. 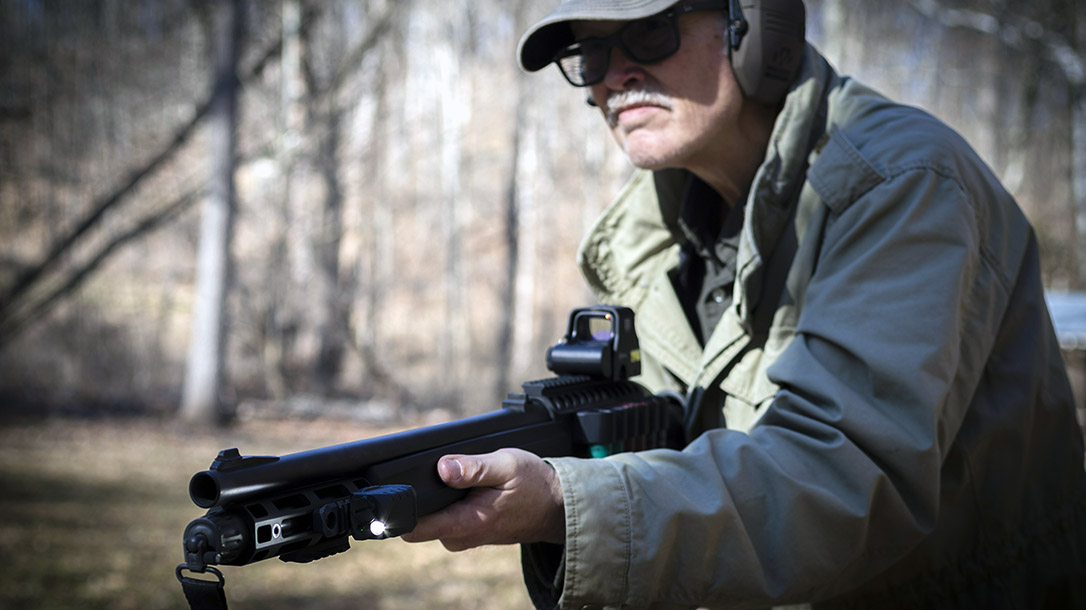 While the Remington Defense M24A2 isn’t new per se, it’s new to us in terms of availability. The platform can now get into the hands of more shooters who’ll get to exploit its rather impressive capabilities, and that’s exciting in and of itself.

Admittedly, the M24A2 wasn’t really on my list of cool guns to own before. But now it’s on that list—and it’s also on my list of guns I love to shoot. I’ve mostly abandoned the old .308 Winchester, but the M24A2 from Remington Defense has given me a reason to dust off some of the boxes of ammo that I have left. It’s a shooter and a real-world working gun, available now to the rest of us. If all of them are built like this test sample, I believe the Remington Defense M24A2 is a must-have for any serious bolt-action rifle aficionado. 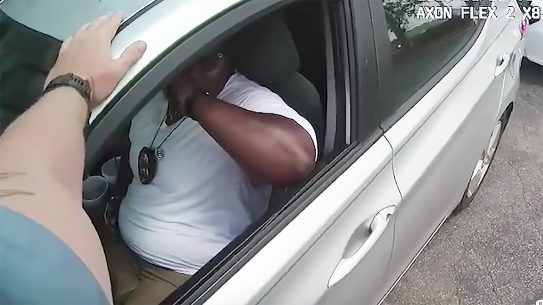 After a Georgia DCS officer lends her badge and gun to a friend to...