by Scott Conditt
in Guns, Rifles
0

June 6 was the 76th anniversary of D-Day. We know we’re a little late with our writeup of this incredible D-Day tribute rifle, but we wanted to make sure we got everything right. We salute those Allied troops who sacrificed their lives on the beaches of Normandy back in 1944. And kudos to the men who created this absolute beauty.

This month we honor and remember D-Day, a pivotal turning point in one of the world’s greatest wars. Firearms industry artisans Steve Gonos of 2A Tactical and Jonathan DeVries “JD” of Koted Arms paid tribute to D-Day in a very unique way, with the stunning Shark Mouth P-51B tribute rifle. 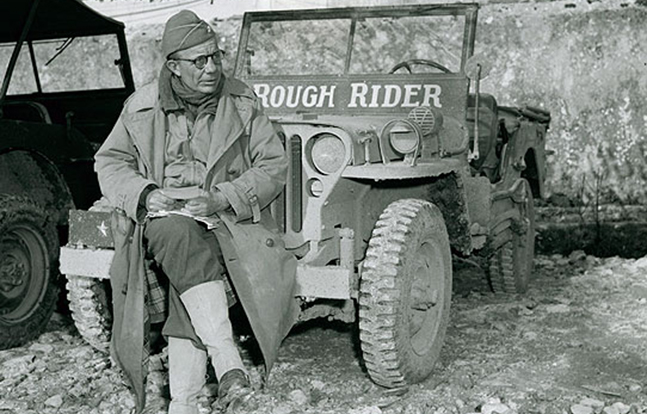 12 Medal of Honor Recipients From D-Day and Its Aftermath

As a skilled designer and master laser-engraver, Gonos uses his talents and specialty tools to etch custom tributes, motifs and themed engravings into all manner of firearms. DeVries, a world-class Cerakote artist, brushes, sprays and spatters the colored ceramic-based coating onto guns in a way that gives them an entirely new life. These two artists collaborate regularly, force-multiplying the outcome of their labor and love for the craft by converting firearms into fine works of art together. Gonos spearheaded a tribute build, producing a beautiful .300 Blackout AR in the theme of Lt. John R. Bennette’s “Shark Mouth” P-51B fighter plane. We sat down with Gonos and asked him to tell us about his background and what inspired this iconic build.

“Growing up in a military family, my father always talked about the history of his military branch (Air Force),” Gonos said. “He would regale in stories of how the Air Force began, spoke to me a lot about how it was a branch of the Army and after WWII started to create its own branch when America realized the value of air power and dominance in the skies. He would go over the history of different aircraft and really talked about the roles of each.”

Gonos also recalled how his father paid tribute in his own artistic way to American soldiers and the military machines that helped win the war.

“He would spend hours producing scale models that he would donate to various places. They would commission him for displays for the public to enjoy,” Gonos said. “I remember watching him make a shark’s mouth plane with D-Day stripes and thought that the flying tigers were only in China and Indonesia. He explained this aircraft flew on D-Day and was a P-51.”

Gonos explained that he comes from a long line of military veterans. He’s always had an appreciation for Fortress Europe after hearing about the stories as a child. He would build 1/6 scale tanks that he would share with his own son and said it helped him to provide him with an education and appreciation for the history we, as a nation, have in WWII.

“I have been a history enthusiast; as we lose more and more everyday of that generation and the stories of their true heroism in the face of evil that we don’t even comprehend today in the light of ‘smart weapons’ and advanced technology,” Gonos said.

This planted the initial fascination and seed for Gonos. It was in honor of his father and his childhood memory that he began conceptualizing a tribute of his own.

“When I saw Sharps Bros lower with the shark’s teeth, it reminded me of that airplane and felt an homage to this historical moment in time would be fitting to help keep history alive,” Gonos said.

As a new FFL holder, he initially attempted to realize his idea by collaborating with other engravers. However, the results didn’t live up to Gonos’s expectation and vision. He only fully realized the dream in his head when he bought his own laser engraving equipment.

“The Bluenose Bastard P-51 was fun and time consuming to laser engrave,” Gonos said. “It took about four days to map the firearm and all the pieces that would be used (360 degrees) and then seven days to engrave it all due to the diverse curvatures and elements throughout the entire surface of the gun.”

The laser engraving encompasses 360 degrees and the level of minute, precision detail is evident. Thoughtful care placed elements on the firearm in relationship similar to the actual plane. Gonos elected to build the piece around a .300 Blackout receiver. In WWII, the .30 cal became a common caliber; he felt this proved in alignment with that round. Additionally, he sought out components that aesthetically resembled a bit more of a throwback. The Elftman SE trigger looked more aligned with the machine gun triggers of the time, for example.

Griffen Armament flip up sights also possess the circular peep sight commonly associated with the time period. The rifle marries old school and new age elements. Gonos felt a Law Tactical folder proved ideal for compatibility in an already short SBR. The Ferdrans CQB comp gave it the appearance of a “propeller” for this build. It worked amazingly well with the riveting features. A fan of Iron City Rifle Works BCGs, he incorporated one that worked perfectly with the color scheme. It featured the traditional color palette flown by the Bluenose Bastards of Bodney, England, during WWII.

In finally realizing the piece, Gonos paid homage to the legacy of the Allied soldiers in WWII. The D-Day tribute rifle also honors the childhood memories with his own father, which inspired his creative path. As a final note, Gonos said “In the end, I feel very pleased my homage to Lt. John Bennettes of the 487th Fighter Squadron. My hope is others also appreciate the end result and an appreciation of the sacrifices men and women have made to support and defend America.”