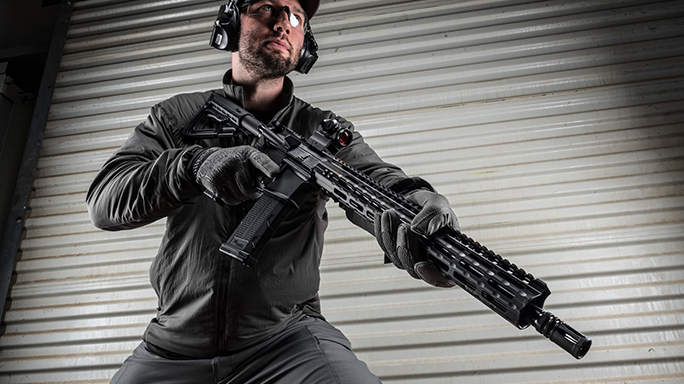 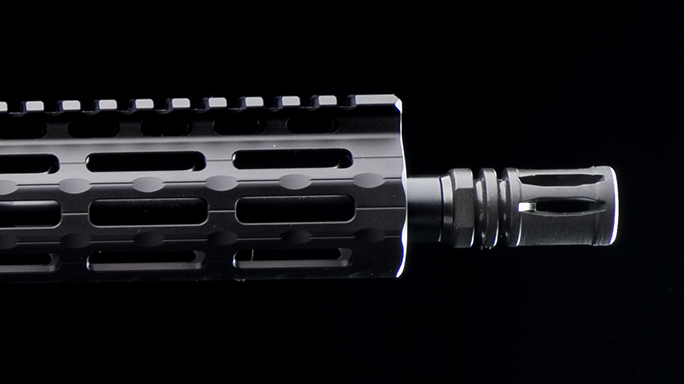 2 of 10
Photo by Sig Sauer
Sig Sauer M400 Elite
The barrel has a redesigned flash suppressor and is surrounded by a Samson handguard. 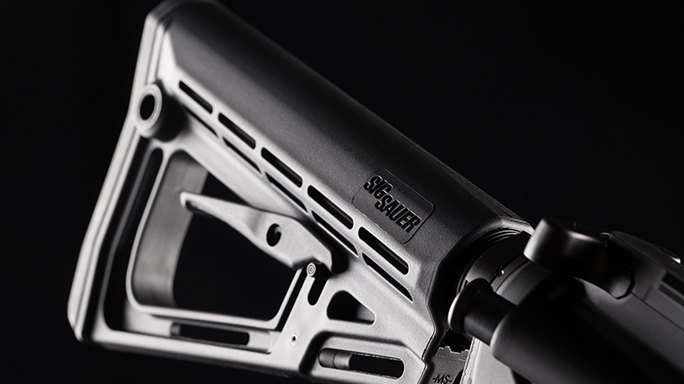 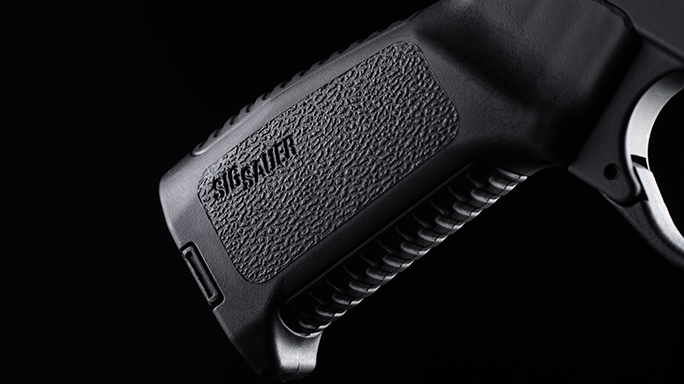 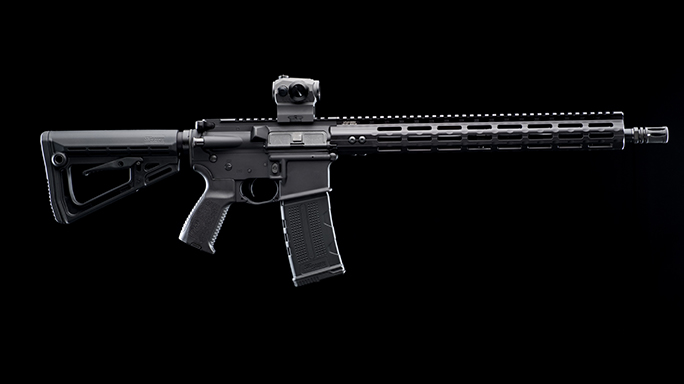 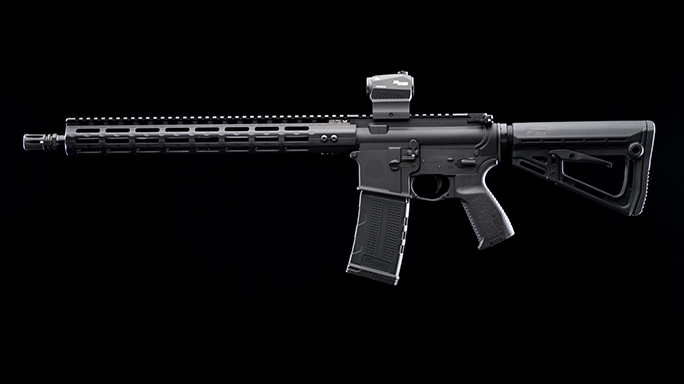 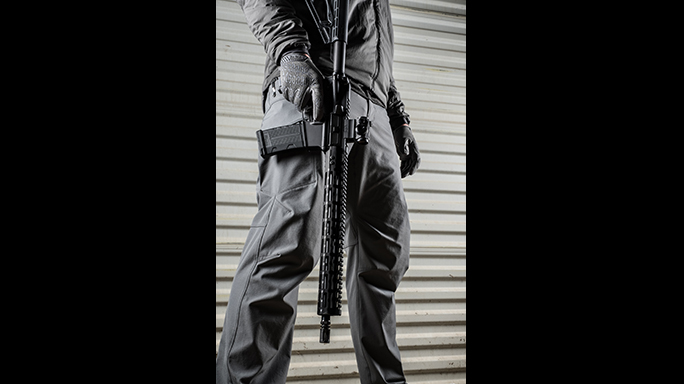 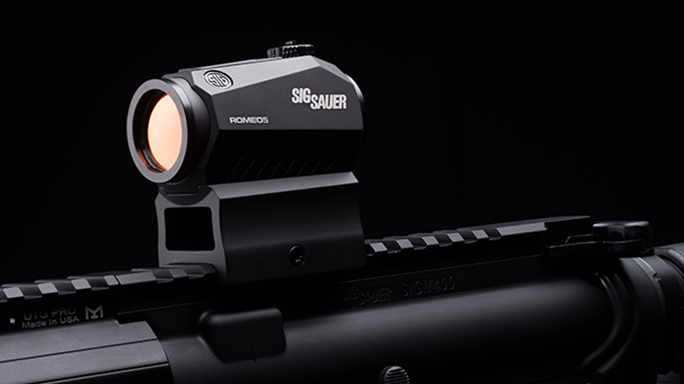 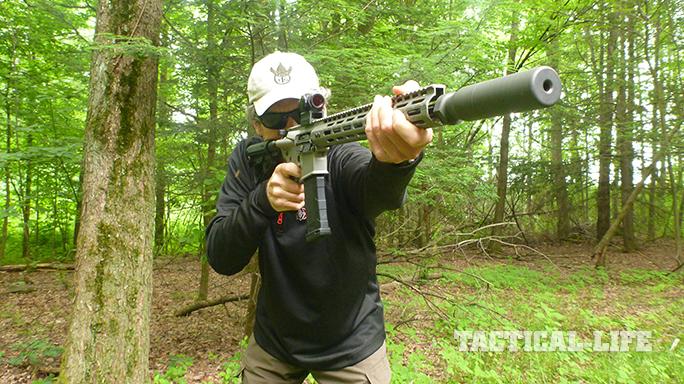 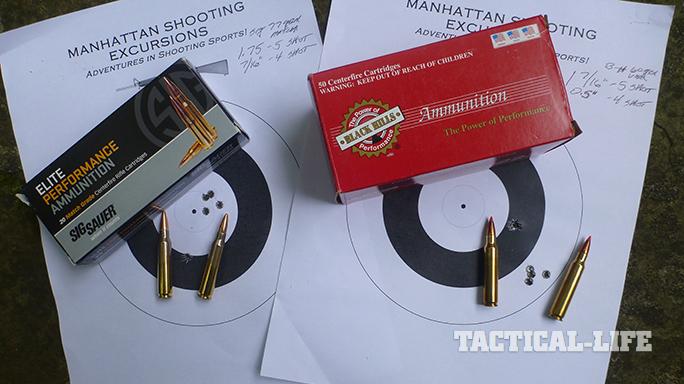 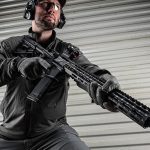 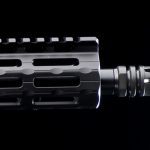 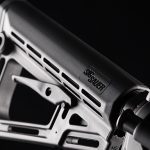 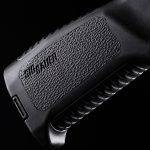 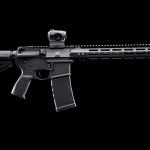 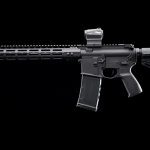 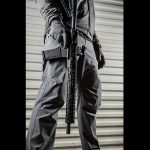 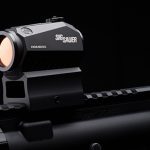 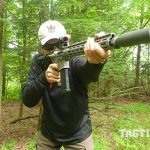 The AR-15 continues to evolve despite an extremely competitive market. Different designs abound, but each year the bar moves upward, usually at the margins. Sig Sauer’s latest iteration of the AR design is one such example, and although it’s not exactly groundbreaking, the M400 Elite is a lightweight design that offers enhancements with real value to the shooter and works well with what I consider to be one of Sig’s best sound suppressors, the SRD556-QD.

The M400 Elite is chambered in 5.56mm NATO. It operates using the familiar direct impingement gas system, but with a new micro-sized gas block. This feature is lightweight, nitride finished for corrosion resistance, and low profile enough to allow even the smallest-diameter handguards to be used.

The M400 Elite also uses a traditional-pattern forged aluminum lower receiver. That is used instead of the proprietary (and more costly) design Sig uses on other M400 rifles. The upper and lower receivers of my sample rifle were tightly fitted, as were all of the other metal parts. The aluminum receivers and handguard have either a black hardcoat anodized finish or titanium Cerakote applied over the anodizing for additional protection. The receivers on my rifle matched perfectly in color while the handguard was slightly darker.

The M400 Elite uses a standard AR-15 bolt carrier. The trigger group is also standard in its general design. However, Sig has added some additional finishing and a DLC coating to make the trigger smoother and more wear resistant. The hammer is also lightened a bit, perhaps to speed up lock times for enhanced accuracy. The factory-specified pull weight is 5.6 pounds, but my sample prototype had a much heavier 7.5-pound pull.

The rifle also uses a 16-inch, cold-hammer-forged barrel that floats freely within the handguard for better accuracy. It has a lightweight M4 contour and a relatively fast 1-in-7-inch twist rate. This is a significantly faster twist rate than most rifles chambered in 5.56mm NATO made only a few years ago. It reflects the trend towards heavier, and thus longer, bullets that require faster twist rates for stability.

The barrel has 1/2×28-tpi threading and comes equipped with a partial birdcage flash suppressor with tines on its lateral and upper surface but solid on the bottom. This design was intended to slow muzzle rise and keep gas from kicking up debris under the shooter that could theoretically give away his or her position when firing from prone. More significantly, the barrel is completely nitride treated, which makes it corrosion and abrasion resistant. Combined with the hammer-forged manufacture, the M400 Elite’s barrel should last far longer than others.

The M400 Elite has several upgraded components that offer improved functioning over typical AR-15 rifles. Some are subtle, like a bolt catch with an extended bottom portion. That aspect makes it easier to lock the bolt back, especially when wearing gloves. Others are more obvious, including the handguard and stock.

The full-length Samson handguard, for example, is a far better choice than what used to be considered cutting edge but is rapidly becoming obsolete: the carbine-length quad-rail. The Samson handguard is slimmer and longer, which works well for competitive shooters who prefer to extend their support hand far forward. The handguard also has small dimples for fingers and no sharp edges because the spaces between the rail slots on the top are radiused. M-LOK attachment points allow you to place accessories where you want them without Picatinny grooves abrading your hands. Finally, this handguard is mounted with six hex-head screws. Removal to access the gas block and gas tube is simple and far easier than many of the weird mounting systems now made for the AR-15.

The M400 Elite also uses a modernized version of the ubiquitous six-position-collapsible stock. I like the embedded QD sockets for sling mounts and the much sturdier latch. But what separates this model from similar stocks is the slip-resistant rubber buttpad. If you think that’s an irrelevant feature, you have never leaned your rifle against a vehicle door or wall and had the hard-plastic buttplate of most stocks slide out, causing the rifle to fall. An improvement to this design, however, would be a lock that would eliminate the small amount of play between the buffer tube and the buttstock.

Lastly, Sig’s engineers addressed the pistol grip with a very useful design. It is comfortable like many others, but it’s ahead of many of them with a carefully designed internal compartment that can hold spare batteries or components.

Range Time With The M400 Elite

I tested the M400 Elite for accuracy by mounting a Leupold 10-25X Mark 4 scope and shooting three loads off a Caldwell Tack Driver rest and sandbags at 100 yards, and for reliability with three other loads, including Wolf steel-case ammunition. There were no stoppages whatsoever. For the accuracy testing, I shot eight 5-shot groups.

The M400 Elite showed very respectable accuracy using the match ammunition, especially considering that slim M4-profile barrels have lots of whip and are not known for their accuracy. The Sig OTM and Black Hills V-MAX loads created 1.85- and 1.72-inch groups on average, respectively. This performance is certain to improve if my sample rifle’s trigger weight was within Sig’s specs of 5.5 to 5.9 pounds instead of 7.5 pounds. Moreover, nearly half of the Sig Sauer and Black Hills match loads turned in 1-inch or better three- to four-shot groups with an annoying flyer widening the group. Discounting one flyer each, the M400 Elite’s best four-shot groups were 0.44 and 0.5 inches with the Sig Sauer and Black Hills ammo, respectively.

The M400 Elite is a very maneuverable and nimble rifle. Production rifles have lighter triggers than my sample, which will improve this rifle’s practical accuracy. The M400 Elite’s handguard also makes it a viable entry-level 3-Gun rifle with a few inexpensive add-ons like an ambidextrous bolt catch and a charging handle with an extended latch. Adding the very effective SRD556-QD suppressor makes the experience even better for those who want the benefits of quieter shooting. 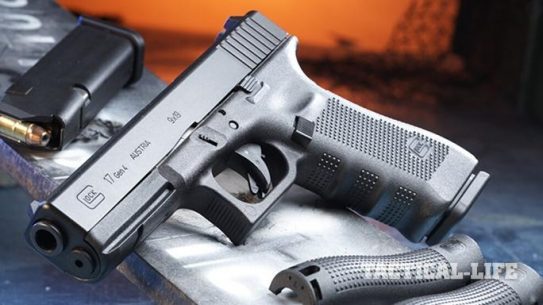 The contract from the Armed Forces of the Philippines calls for 74,861 Glock 17...