The run on guns and ammunition continues on, seemingly unabated. It’s still pretty tough out there, depending on what you’re looking for to be sure. But here’s some news that might take a bit of sting out of the situation. The SilencerCo SCO15 AR-15 Lower Receiver is now available to all firearm retailers through major gun distributors. 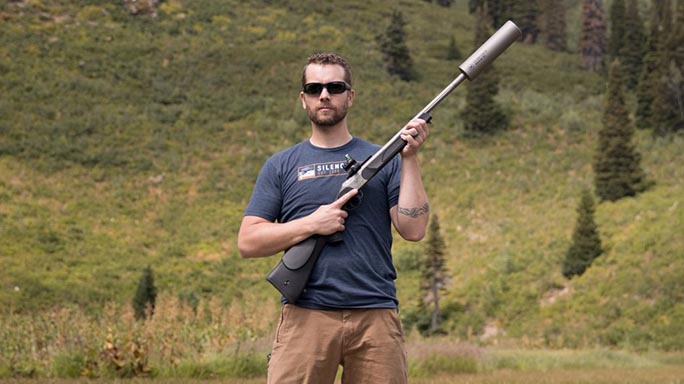 Legality of SilencerCo’s Maxim 50 Being Challenged in 3 States

This should prove big news to some, especially the DIY crowd. Previously only available through exclusive locations, the now more shooters should be able to get their hands on a SilencerCo Lower Receiver. The lower comes fully customizable, made from billet 7075-T6 aluminum. It features a Type III hardcoat anodized finish for durability and corrosion resistance. The SCO15 includes an ambidextrous bolt catch and flared magwell. Integrated QD sling cups and an internal trigger guard add to the appeal.

“The SCO15 is a product that combines the highest quality of in-house development with the most coveted features in an AR-15 Lower Receiver,” said Scott Clinger, SilencerCo’s VP of Business Development. “We are excited to make these lowers more widely available for customers at their local retailers. It’s the perfect start for those who want to complete their dream AR-15 build.”