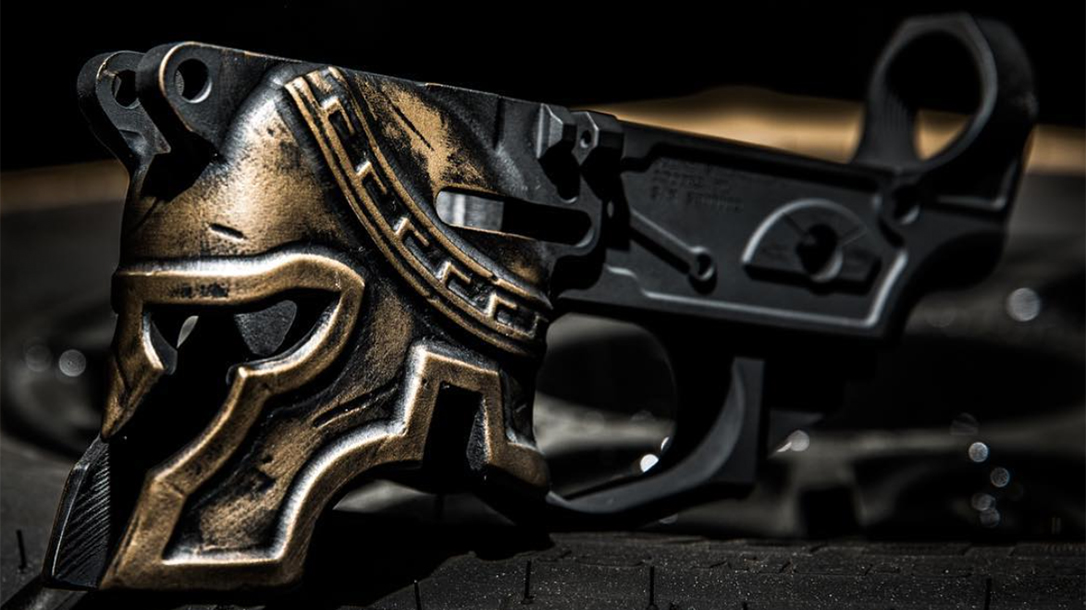 This new semi-auto gets the most from the “six-five” and delivers better overall 1,000-yard performance than the .308 and .30-06 with about a third less recoil. The .308 and .30-06 might offer some advantages when hunting extra-large game such as elk and moose at less than 300 yards, but beyond that distance, the cartridges are similar in trajectory and velocity. And by 650 yards, the 6.5 Creedmoor begins to have a slight advantage over the .308 and .30-06 in terms of kinetic energy. That statement will upset a lot of .30-06 and .308 fans like me, but ballistics don’t lie. And long-range ballistics is the name of the game with precision rifles.

I first saw the Spike’s Roadhouse in 6.5 Creedmoor at the spring Big 3 East Media Event at the Big 3 East Training Center near Daytona Beach, Florida. It had the look and feel of a substantial, well-made rifle. I had a brief chance to fire the rifle at the center’s 950-yard rifle range. We had a half-sized silhouette set up at 550 yards, and I hit it despite a 10- to 20-mph crosswind. In fact, one of the young shooters said, “I wish my grandfather could shoot that well,” which I took as a compliment.

I had another chance to examine the rifle when I visited the Spike’s Tactical factory in Apopka, Florida, and discussed how the rifle is built with the staff. Then we headed to the range for some long-distance live fire.

The billet upper is precisely hand- fitted to the billet lower. There is no play between them. Both are made from aircraft-grade 7075-T6 aluminum alloy and are hardcoat anodized to military standards. This rifle is available in matte black or with a distressed black and bronze finish that is very attractive, and the finishes are applied to the 15-inch M-LOK handguard and Magpul ACS stock as well. The barrel on both models is finished in black Cerakote. The Spike’s Tactical Pro pistol grip and Magpul magazines are also matte black on both models. The bolt carrier group is coated in nickel-boron for less friction, smooth operation and easy cleaning.

Top Of The Line

The 6.5 Creedmoor Spike’s Tactical Roadhouse is offered with a 20- or 22-inch Krieger barrel and might be available with 24-inch tube on special order if there is sufficient demand. The bore is not plated. It features hand-cut rifling with a 1-in-8-inch twist rate so it can handle long bullets, such as Hornady’s ELD series rounds, which have high ballistic coefficients. The barrel is also hand-lapped for accuracy and ease of cleaning, and the muzzle is equipped with a very effective R2 brake.

The gun is sold in a flattop configuration, and the handguard and upper receiver mate perfectly, providing an excellent platform for mounting a set of Spike’s Tactical flip-up sights. The sharply pointed front sight is paired with a rear sight that has two different pop-up apertures. This makes precision shots possible during various lighting conditions. In addition, extra care is taken to firmly join the barrel and upper so there is no play between them. This rigidity, along with the high-quality barrel, makes for a stable platform for launching bullets.

The trigger is a Geissele Super Semi-Automatic (SSA), a two-stage unit with a 2.5-pound take-up stage and a second stage that requires an additional 2 pounds of pressure to disengage the sear. It’s non-adjustable.

The gun I test-fired had three aftermarket accessories: a Harris bipod, a Spike’s Tactical one-piece scope mount and a Leupold 8.5-25x50mm Mark 4 ER/T first-focal-plane scope. This excellent scope is precise and clear. It’s no longer available, but Leupold has a similar product in its Mark 5 series that should do an equally fine job of getting bullets on target at long range.

After I toured the facility, Bob Roebuck, Spike’s head armorer, and I took the 6.5 Creedmoor Spike’s Tactical Roadhouse to a private range to put it through its paces at 100, 200, 400 and 500 yards. Bob is a graduate of the prestigious Colorado School of Trades gunsmithing program. In addition to playing a central role in the 6.5 Creedmoor Spike’s Tactical Roadhouse project, he also supervises the assembly of firearms by the Spike’s Tactical staff. As a part of that, he randomly pulls out 10 percent of the guns produced and does an in-depth quality check to ensure they meet Spike’s strict standards of craftsmanship.

As we headed to the range, we talked about how the accuracy of Spike’s Tactical Roadhouse rifles is built in from the ground up. We looked at each other and almost simultaneously quoted Colonel Townsend Whelan, who said, “Only accurate rifles are interesting.” Our shooting that morning and afternoon indicated that the 6.5 Creedmoor Roadhouse is a very interesting rifle.

Bob and I fired more than 150 rounds of two brands of ammo to test the rifle. Both loads had 140-grain, boat-tail bullets. The first and most accurate was Federal’s open-tip match (OTM) ammo. The second, which also shot well, was a Sellier & Bellot load with semi-spitzer FMJs. Conditions that day were less than ideal, with a left-to-right wind that gusted from infrequent periods of near calm to more than 10 mph. In addition, the day was bright, sunny and warmer than 80 degrees, creating an intermediate to heavy mirage.

It was challenging, but the high ballistic coefficient of the 140-grain 6.5 bullets provided considerable help. I kept the 16-by-16-inch hanging steel plate spinning at 500 yards. We even placed most of our shots on the 500-yard, 12-inch circular steel plate. Even at 100 yards, the total effect of wind conditions and mirage generally added 0.3 to 0.5 inches to our groups. Even so, we shot some groups that were well less than an inch wide, which is very respectable for factory loads. In my 6.5 Creedmoor rifle, I’ve found that my handloads are 17-percent more accurate and about 7-percent faster than some of the commercial loads I’ve tested. Given that, I believe that the 6.5 Creedmoor Roadhouse could easily shoot half-inch or smaller groups using carefully assembled handloads in better conditions. 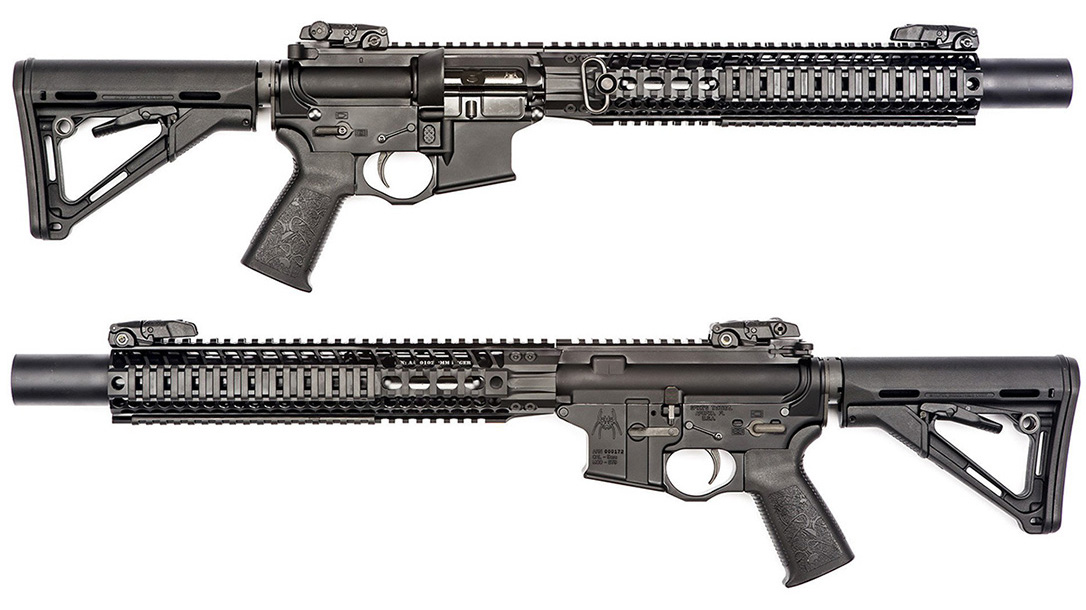 The live-fire test also let us measure ammo velocities and check the reliability of the rifle. I was pleasantly surprised with the velocities registered on the Competition Electronics chronograph we used. The S&B ammo came in just slower than 2,600 fps, and the Federal American Eagle ammo was just faster than 2,600 fps. This is excellent performance for a 20-inch barrel. Given that the velocity of the 6.5 Creedmoor is nominally 2,700 fps in a 24-inch barrel, I would have expected a decrease in velocity of about 150 fps for the shorter 20-inch barrel rather than the 100-fps drop we recorded.

With respect to reliability, the Roadhouse ran well with the 10-round PMAG, which fit in the magazine well with little play. Given that the 6.5 Creedmoor has a relatively narrow bullet for the diameter of its case, how the magazine fits in the mag well is important in terms of reliability, as are the shape of the feed ramp and the magazine’s feed lips.

At $2,900 for the basic black version and $3,300 for distressed version, the Roadhouse isn’t exactly cheap. But shooters who want the most in a semi-auto precision rifle that can be used in long-range competitions, hunting from blinds over bean fields and powerline cuts, or for everyday shooting will find a lot to like with this rifle. I can also see a clear role for it in military and law enforcement designated marksman programs.