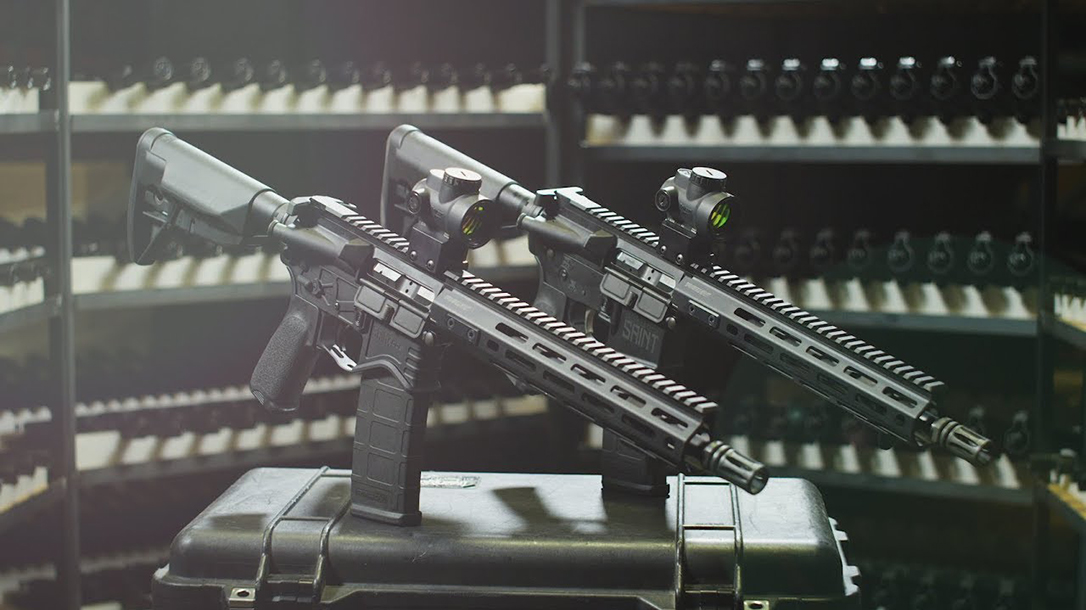 The SAINT Victor .308 features a 16-inch lightweight profile CMV barrel that is Melonite coated inside and out to provide corrosion resistance. The upper also includes an M-LOK free-float 15-inch handguard. Within, a mid-length gas system delivers a smooth recoil impulse and reliability, according to Springfield Armory.

The SAINT Victor .308 also features a full-length “interrupted” rail to reduce weight and accommodate modern shooting styles. An Accu-Tite tension system eliminates movement between the flat-top upper and receiver and the lower receiver.

The SAINT Victor .308 also features an enhanced bolt carrier group with a Melonite finish. Finally, the bolt itself is constructed of 9310 steel and is MPI-tested and shot peened to ensure reliability, according to Springfield Armory.

With lightweight components, a mid-length gas system and parts treated to withstand corrosion, the SAINT Victor in .308 Win. is likely to be popular with Springfield Armory fans. The manufacturer continues to innovate, as seen with the all-new 11+1, concealable Springfield Hellcat. Long a source for M1A rifles in .308, the AR-10 era is off to an exciting start with the Springfield’s newest Saint.