VIDEO: How the Springfield SAINT Victor .308 Does the AR-10 Justice

It’s been a busy year for Springfield Armory. The Springfield Hellcat has seen a lot of buzz on the pistol side of things. But earlier this year, Springfield released its first-ever AR-10-type rifle, the SAINT Victor in .308. Available in both rifle and pistol variants, the SAINT Victor gives Springfield fans an AR-type, hard-hitting platform outside of its traditional M1A family of guns. At the recent Athlon Outdoor Rendezvous, we got the chance to get a little time on the trigger with Springfield’s newest heavy hitter. 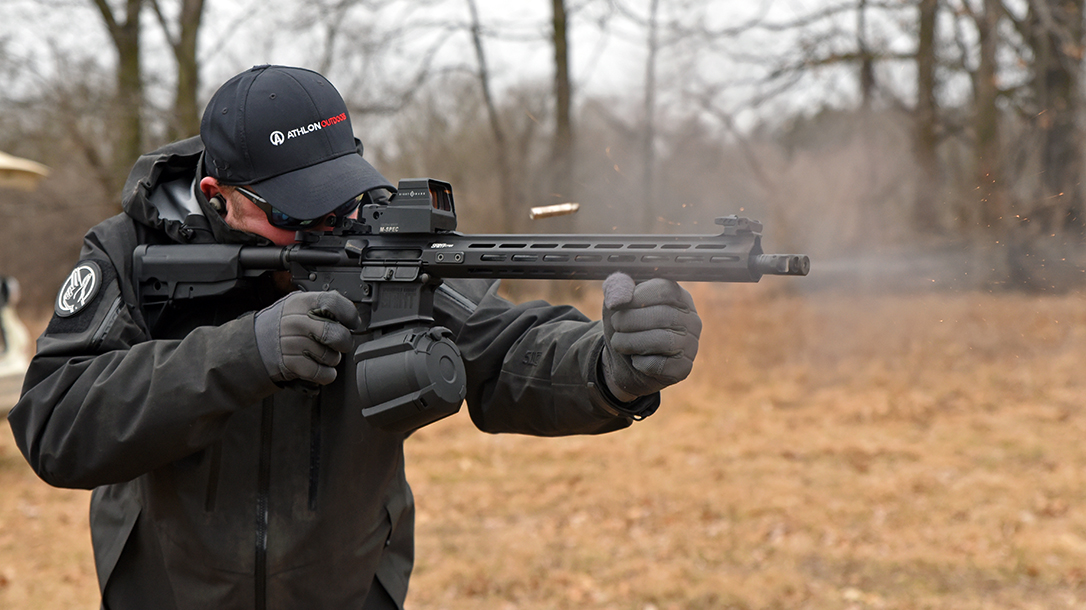 The SAINT Victor features a 16-inch lightweight CMV barrel. It utilizes a Melonite coating inside and out to provide corrosion resistance. The upper also comes with a 15-inch M-LOK handguard. The rifle runs on a mid-length gas system as well.

The SAINT Victor .308 also features a full-length “interrupted” rail to reduce weight and accommodate modern shooting styles. An Accu-Tite tension system eliminates movement between the flat-top upper and receiver and the lower receiver.

The SAINT Victor .308 also features an enhanced bolt carrier group with a Melonite finish. Finally, the bolt itself is constructed of 9310 steel and is MPI-tested and shot peened to ensure reliability, according to Springfield Armory.