The following is an excerpt from the August/September 2019 issue of Tactical Life Magazine. To read the entire story, grab your physical or digital copies at OutdoorGroupStore.com. 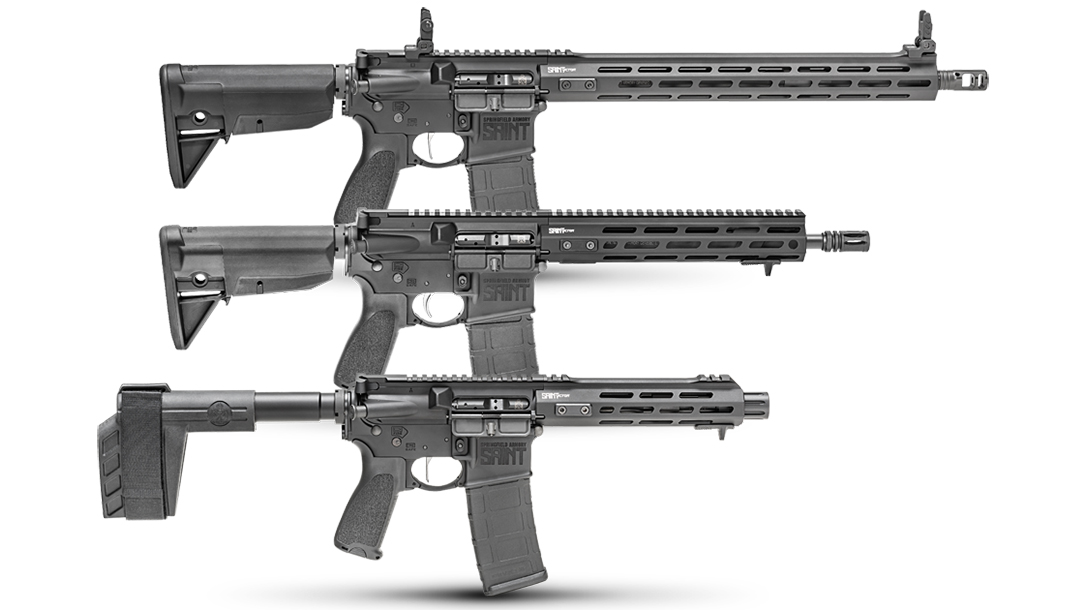 But Springfield Armory‘s Saint Victor ain’t no joke. The rifle caught me by surprise when I first came across it, and picking it up, I immediately liked its feel and balance. The best news of all is that it retails for $1,073, but you can find it in the wild for less than $900. That’s a great deal—a little too great if you ask me—so I wanted to see what this rifle could handle after some serious abuse.

The 5.56mm Saint Victor is the middle-of-the-road AR from Springfield Armory, sandwiched between the baseline, no-frills Saint and the fully loaded Saint Edge. One of the first things to catch my eye on the Saint Victor is the flat, single-stage, nickel-boron-coated trigger, which has an exceptional pull. Hell, the first time I pulled the trigger, I thought I heard saints singing. (OK, slight exaggeration there, but you get the idea.)

The next thing to grab my attention was Springfield’s newly designed muzzle brake. It does its job well, helping to reduce recoil and muzzle rise. And for this price point, it was nice to see spring-loaded flip-up front and rear blackup sights also made by Springfield.

The 15-inch, free-floating M-LOK handguard is smooth while offering plenty of space for accessories, and the direct-impingement operating system uses a mid-length gas system and a pinned, low-profile gas block. The 16-inch barrel has a 1-in-8-inch twist rate and is coated in Melonite.

The pistol grip, adjustable buttstock and triggerguard are all supplied by Bravo Company Manufacturing (BCM). The forged upper and lower receivers are also Type III hardcoat anodized, and the entire Saint Victor carbine weighs in at 6.56 pounds unloaded.

My particular test sample had already fired 175 rounds of ammo before I received it. It immediately struck me as attractive, and I was even more impressed when I started handling the gun. The fit and finish were top notch, with no play between the upper and lower receivers, and the handguard was snug. There was a little side-to-side play in the stock, but once you shouldered it, the movement was gone.

Test Prep for the Saint Victor

As I mentioned earlier, I knew I wanted to do something different with this rifle. I wanted to see if it could handle 5,000 rounds without any cleaning, which would be pretty impressive for a direct-impingement AR. So, I started making phone calls to get people, ammo and gear to help me out. I knew it would be fun but also a lot of work, too.

So as not to be a complete ass, I decided to break the Saint Victor down, gave it a good cleaning and used the lube that came with the rifle. The following day, I tested it with three different loads to get some baseline accuracy results. I figured it would be interesting to see how much the groups opened up after 5,000 rounds. At this point, the Saint Victor had run 300 rounds.

The day finally arrived. We had 5,000 rounds of Speer 62-grain Gold Dot ammo on hand along with a bunch of steel plates from Target Solutions, a few Caldwell AR-15 Mag Chargers to save our fingers while reloading and several different magazines, including SureFire 60-rounders and a Magpul PMAG D-60 drum. For targeting, we used a Sightmark Ultra Shot M-Spec reflex sight. By the time everything was set up and everyone had arrived, we were about two hours behind schedule. It didn’t help that a certain Michigander didn’t know how to drive his truck through mud and had to be picked up by a tractor. 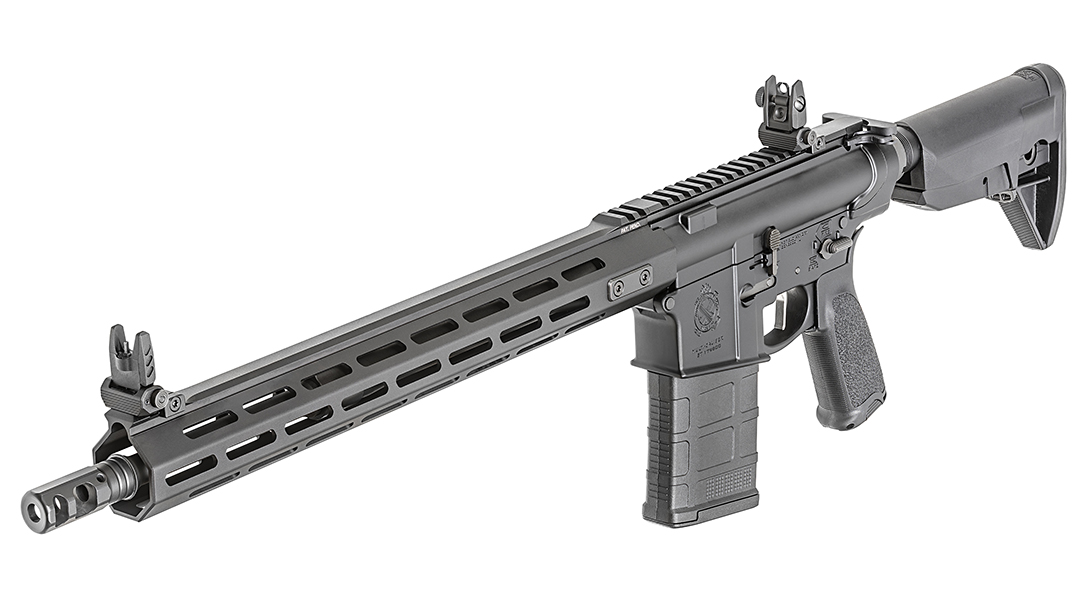 After zeroing the Sightmark, we let the lead fly and the brass pile up. Thank God for the Caldwell AR-15 Mag Chargers; otherwise we would have spent half our time loading up mags. Early on, we discovered an issue with one of the Daniel Defense magazines, which cause a failure to feed. It essentially tried chambering two rounds at once. After that, we only loaded all of the standard magazines to 25 rounds and no further issues presented themselves.

Mag dump after mag dump, the Saint Victor just continued to chug along. Every shooter liked it and commented on its light recoil. But time was getting away from us, so we decided to call it a day at the 3,000-mark. The front of the barrel and handguard was a bit discolored from burnt powder, but a quick takedown showed that the gun was no worse for wear and tear. The gas seals held up, and no parts showed any signs of unusual stress. In fact, the rifle wasn’t as dirty as I expected, which is a testament to the quality of both the Saint Victor and the Speer Gold Dot ammo.

A week later, I decided to put another 500 rounds through the rifle, just to check its functioning since it had been sitting around dirty. The bolt was slightly sticky, but running the charging handle a couple of times fixed that. I fired 500 rounds in 10 minutes without a single issue to report. I then let the Saint Victor cool down for a couple days before putting 2,000 more rounds through it, bringing the total to 5,800 rounds. There wasn’t a single problem—just a slightly bad smell. Now it was time to clean it up.

I broke the rifle down and once again noticed the lack of filth. I put all of the parts in Tupperware containers to soak in cleaning solvent overnight. The next day, I definitely needed to work a little harder to get some of that burnt carbon off of the parts, but I took my time. Then I lubed everything and reassembled the rifle. Everything worked just as it should.

The one thing I did notice was some play between the upper and lower receivers that hadn’t been there before. My guess is that all the magazine dumps probably pounded the upper and lower a little too much. But this isn’t a real concern. A $5 Accu-Wedge can easily fix this. With the rifle all cleaned and reassembled, it was time to test it for accuracy again. At the end of the range session, my neighbor and I had put another 1,500 rounds through it. Now the Saint Victor was up to 7,300 rounds.

I wasn’t surprised to see the groups open up a bit. Between the barrel seeing almost 6,000 rounds without a regular cleaning routine and the slight play in the receivers, it was expected. What I didn’t expect is how much I’d like the Saint Victor. Springfield Armory touts it as a “workhorse,” and the company definitely got that right. The Saint Victor is the perfect AR for a utility or home-defense rifle. As I proved, it will take a beating and keep going. I firmly believe the Saint Victor is that one firearm everyone overlooked. It’s a sleeper hit, and I can’t recommend it enough. For more, visit springfield-armory.com.