Stag Arms is updating its Stag 15 lineup with a bunch of new rifles, uppers and rifle kits, including the Stag 15 Valkyrie chambered in—you guessed it—Federal’s 224 Valkyrie round, and the Stag 15 M-LOK SL handguard. Full presser below. 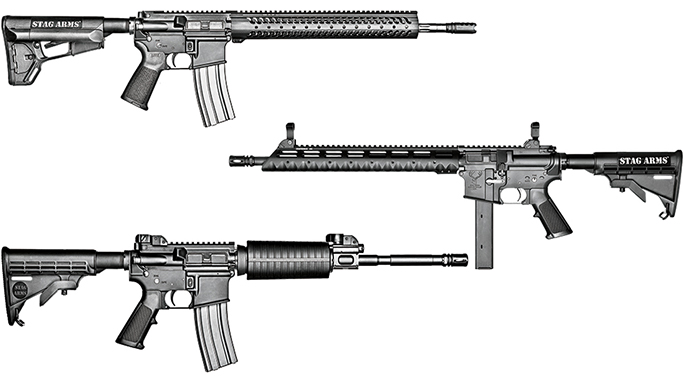 The focus of the new Stag 15 series is the company’s newest handguard, the Stag 15 M-LOK SL, featuring a slimline, lightweight profile that offers increased ergonomics, maximum airflow, and modularity while continuing to provide the utmost strength and durability.

The new Stag 15 series, along with its latest addition, the Stag 15 Valkyrie, will make its debut at the Stag Arms Booth 20349.

Built around an 18” 416R Stainless Steel Fluted Heavy Barrel, the 224 Valkyrie cartridge provides less wind drift and drop than all other loads in its class and stays supersonic past 1,300 yards.