Kevin Brittingham is a serious name in firearms industry. But, more so, he’s an innovator; that’s how he ended up on the cover of the April/May 2019 issue of Tactical Life Magazine. If you’re unfamiliar, watch our Q&A with the man himself.

Brittingham put in some time for Big Green before being ousted, then he headed to SIG Sauer for a few years to head up its suppressor development. But it wasn’t meant to last; Brittingham is a leader, and after leaving SIG, he founded Q Centerfire Rifles. 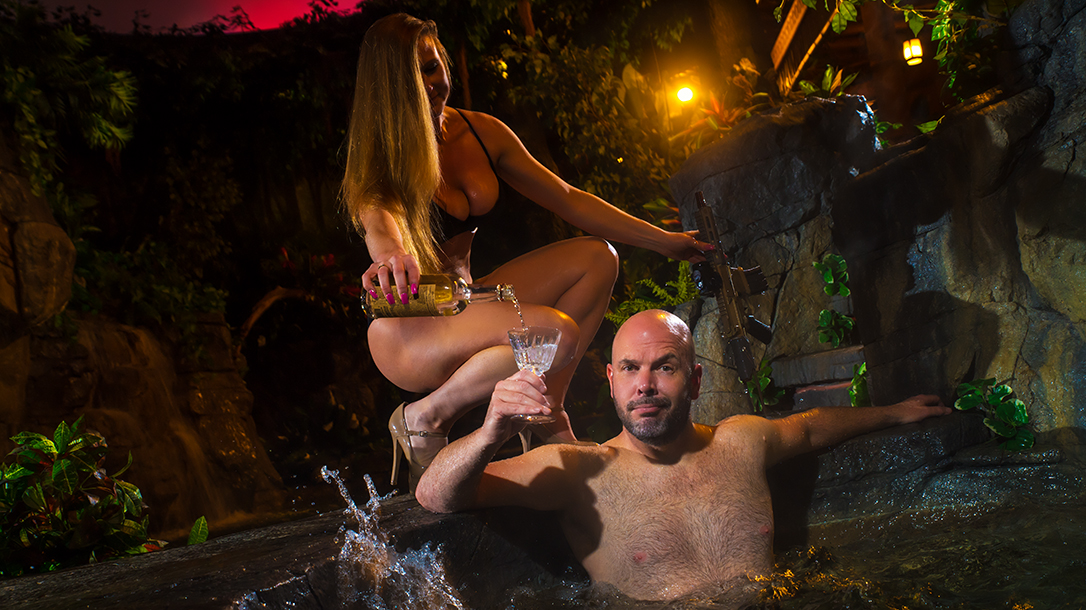 “At this point, I have enough of a career that my job is to determine what is the next thing … to determine what the industry wants that they don’t even know about yet.” This brings us to bolt actions, which have been around for decades but seem all the rage right now.

“Bolt actions have seen the least innovation in generations,” Brittingham said, pointing out that Remington alone has sold more than 12 million bolt-action firearms but hasn’t adapted the design very much at all. His company’s solution, “The Fix,” is “the most innovative gun in a generation, and it’s a bolt-action rifle. When we started the company, we had a meeting, and six months later we were firing the prototype.”

What Is the Fix by Q?

Brittingham developed The Fix for a few different reasons, including the possibility of Hillary Clinton presidential election. So, like any smart gun company, they prepared for that. While that didn’t come to fruition, they now had a gun they could sell in California, which is a huge market for any company with a compliant product.

On top of that, it gave Brittingham and his team of engineers the chance to innovate and do something that no one was expecting. And it had to be a really good gun that was affordable, even if you had to save up for a while or sell a couple of items to acquire it. “It’s a must-own, which to me is something quite remarkable,” Brittingham said.

So what makes The Fix so interesting? While it is a bolt action, it represents a huge departure from traditional versions and has no parts that are remotely like those of a Remington 700 clone. The Fix is closer to an AR, sharing a similar control layout and utilizing an aluminum receiver that mates with a barrel extension and is secured by a barrel nut. That said, the receiver is all one piece, not upper and lower halves like an AR’s. This makes the receiver very rigid and helps to improve accuracy.

The design is complex and difficult to produce. It’s not cast, either—it’s machined, which is even more impressive. The taller cross-section of the receiver makes it stiffer and more in line with the barrel for less whip.

Other Features on The Fix by Q

The objective for The Fix by Q was to create a rifle that was lightweight, compact and accurate. Part of the Q team’s thought process was on a “jump-capable” sniper rifle—one that could be strapped to a pack and easily carried around. This isn’t the case with any standard Model-700-based bolt action. The Fix’s versatility carries over to hunters, who always desire light weight coupled with high functionality and reliability.

There’s a lot about The Fix that makes it unique and innovative. The bolt has a 45-degree throw, made possible by its lug pattern. The bolt rides on rails, and the internals, such as the cocking piece, firing pin, sear engagement and camming surfaces, have been completely redesigned compared to earlier bolt-action rifles.

The barrel is easy to swap out via a slip-fit and pinch system, which takes all the clearance out of the barrel extension fit. Due to the Q-Sert pinch system, a barrel nut isn’t actually necessary, although the rifle does have one.

For improved safety, the sear resides within the bolt, not in a trigger pack attached to the bottom of the receiver. This keeps tolerances tight. Trigger pressure can be adjusted on the lighter side without fear of an accidental discharge if the gun is dropped. The safety is further encased by a balanced trigger that doesn’t exert rotational inertia when the gun is dropped. It’s neutral. The rifle also has AR-style controls, so operating The Fix is quite simple.

The Fix uses SR-25-style magazines, which are readily available from Magpul. They did this to keep costs down and utilize a design that works. (The Q team wasn’t thrilled with the idea of using an AICS-style magazine.) Then you have the folding stock, which is easily adjustable for length of pull and cheek height. The buttpad can be raised and lowered as well. The hinge on the stock is the smallest and lightest in the industry, but it’s extremely strong nonetheless. It uses a wedge design that keeps the lockup tight as it wears and ages.

We sat down with one of the engineers at Q Centerfire Rifles for a deeper dive into the Fix by Q. Watch the video above. For more information on the Fix by Q, please visit LiveQorDie.com.