“Tactical” as a term has very little meaning these days. It seems like it’s used more often in video games than in reality. But for the police marksman deploying a lifesaving rifle, it’s not just a sales gimmick. To perform that task, there are requirements outside what most “tactical” rifles provide, and primary among them is dependability. A dedicated law enforcement rifle must work no matter the conditions—nothing can compromise its reliability. 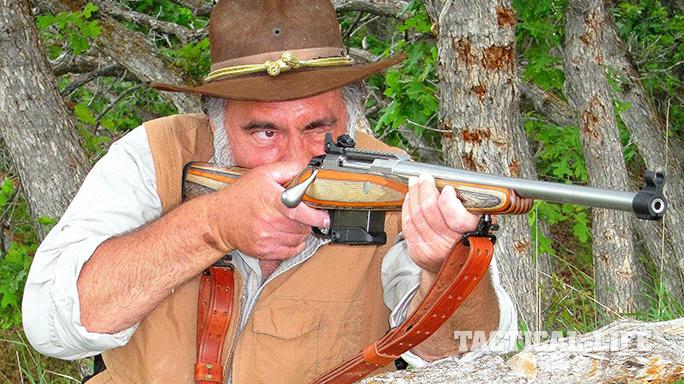 But accuracy is also critical. To earn the “precision rifle” moniker, such guns must allow you to hit exactly where you want when you want at realistic ranges. Follow-up shots must be accurate as well. Small groups are nice, and so is consistency at range, but the idea here is that you make your first shot count. Things brings us to the Tikka T3x TAC A1, a rifle that I took through a Magpul Core/Leupold Optics Academy course to see how it stacked up.

The Tikka T3x TAC A1 is a chassis-style rifle that is available in .260 Remington, .308 Winchester and 6.5 Creedmoor, and I got my hands on the latter for this review. It uses a proven push-feed bolt action. The bolt itself uses two lugs, a plunger-style ejector and a SAKO extractor. The action is also coated in Teflon for superior corrosion resistance and reduced friction. Mounted on top is a 0-MOA rail for optics, and the bolt handle has an oversized plastic knob.

The two-position safety is mounted on the right side, and the bolt release is on the left. The trigger is a two-stage unit with a moderately curved shoe that’s adjustable from 2 to 4 pounds. A large paddle just in front of the triggerguard serves as the magazine release, and the rifle uses proprietary 10-round magazines made of metal with plastic basepads. Two mags are included.

The cold-hammer-forged, 24-inch barrel has a 1-in-8-inch twist rate and a medium contour. The muzzle sports 5/8×24-tpi threading, and Tikka includes a muzzle brake as well as a knurled thread protector.

The chassis surrounding the barreled action is made of hardcoat anodized aluminum with an AR-style handguard, pistol grip and buffer tube. The handguard is 13.5 inches long with a full-length Picatinny rail on top and M-LOK slots along the sides and bottom. The forend rail pairs well with the one on top of the receiver, providing plenty of room for day and night optics.

The buffer tube allows you to install any AR-style stock, but the aluminum model on the test rifle is quite awesome. It folds to the left side, and users can adjust the plastic cheekpiece as well as the rubber buttpad in terms of height and angle. Spacers allow you to customize the length of pull. There’s also a QD sling socket, and the bottom of the stock forms a hook for your support hand. Finally, a short bottom rail allows you to attach a monopod or other accessories.

My test rifle came equipped with a Leupold 3.5-25x56mm Mark 8 scope with a Horus T3 reticle in the first focal plane. In my opinion, this is one of the best scopes available for a police countersniper. At 3.5X magnification, the field of view is quite usable when deployed up close, then you can zoom in to identify threats or provide specific intel. The glass is the best available, with coatings improving clarity in low and failing light and minimizing glare in direct light. The knobs are easy to see and adjust, and Horus’s T3 reticle allows you to hold for wind and elevation if needed.

The scope was installed with a Spuhr ISMS mount offering 6 mils of elevation. Among the strongest out there, the ISMS has as close to an absolute return to zero as possible with a built-in level. I also mounted a Trijicon RMR in the 1 o’clock position for identifying targets. This setup is more suitable for long-range competitions, but it remains very handy for training courses, too.

Personally, I would never utilize a police rifle unsuppressed, so I tested the T3x TAC AI with Dead Air’s Sandman-S and Sandman-K suppressors. For police deployments, the Sandman-S is excellent. It’s quiet, runs clean and doesn’t cause any bolt-lift issues due to backpressure. On the competition side, the shorter, lighter Sandman-K would be more appropriate. It’s louder, but you’ll be wearing hearing protection at a match. There’s noticeably less “push” on the first round, and the barrel moves less, so you get most of the advantages of a muzzle brake without the blast.

Now for the training course. As I mentioned earlier, I took the Tikka T3x TAC A1 through a precision course hosted by Magpul Core and the Leupold Optics Academy in Madras, Oregon, where you’re taught everything you need to know about scopes before learning the ins and outs of long-range shooting. Along with more traditional positions, we also had to shoot from more unconventional positions using barricades, which provided a solid introduction to real-world shooting scenarios. We engaged targets set out to 1,300 yards.

We were given several opportunities for cold-bore shots, and we used Federal’s 130-grain Gold Medal Berger ammunition throughout the course. My first shot with the rifle at 100 yards impacted just a quarter-inch low and slightly left of my zero. My next shot was only 0.5 inches from the first. The next day, I took another cold-bore shot, which impacted in the same area, so I adjusted the scope by 0.1 mils in terms of elevation and windage. My remaining cold-bore shots and tests for consistency were dead on. I also didn’t clean the gun before or during the course, and yet all of my groups were within 0.5 inches at 100 yards. My final cold-bore shot on the last day cut the center out of a 1-inch square target, so this rifle is undoubtedly precise at any practical deployment range.

The T3x TAC A1 excelled at extended distances, too. On the second day of the course, we set up a target at the transonic range for the 6.5 Creedmoor—1,295 yards—and my first shot was centered for elevation. Correcting for wind, my next four shots were all centered on the silhouette. I later performed the same drill at 1,125 yards with same results: one miss for wind and four succeeding shots centered on the target. Both groups were under 1 MOA. Clearly, the rifle and Federal Gold Medal Berger rounds are capable of performing well at long ranges.

After the course, I took the rifle back to my local range for some more accuracy and reliability testing using the Federal Gold Medal Berger ammo. My first round downrange cut the center out of a half-inch dot at 100 yards, and my follow-up shots created a 0.5-inch group. Using the Horus T3 reticle and information from a Kestrel wind meter, I was able to engage targets in sequence at 100, 200, 300, 400, 500 and 700 yards. I got first-round hits with every target except for the one set at 500 yards.

The bolt was impressively smooth for a factory rifle. Only custom rifles costing twice as much perform better in this regard. The magazines also performed well, though it was a little tough to load a full 10-rounder. Most of the time, I simply kept the mags loaded with nine rounds for easy insertion.

Speaking of magazines, they’re proprietary and expensive, and for some that’s an issue. But each T3x rifle comes with two, and you get a third for free if you register with Tikka. My test mags worked well, and they fit almost flush, unlike AICS magazines. I understand some people might want to use the cheaper plastic or metal magazines they already have on hand, but Tikka decided to control the platform’s tolerances. The Tikka mags worked whether they were clean, dirty, partially or fully loaded, and that is far more important to me. And don’t you worry about the capacity. Competitors and police marksman won’t need more than 10 rounds on tap. 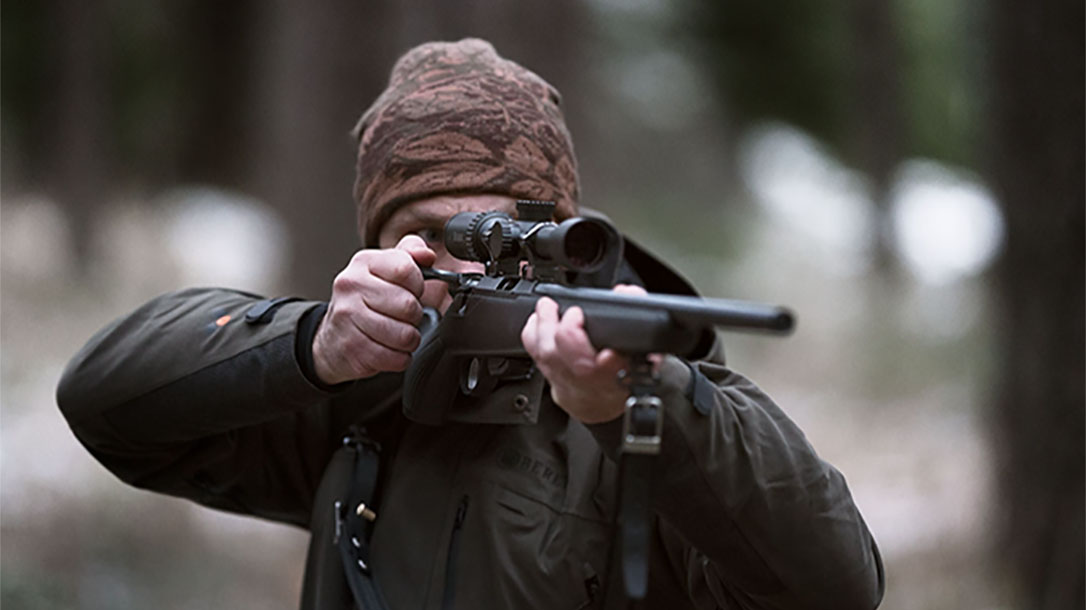 All in all, the T3x TAC A1 is impressive. I would not hesitate a second to deploy this rifle, even in this caliber. At this point, ammunition selection for the 6.5 Creedmoor rivals or far exceeds the .308 Winchester, and in my opinion, it’s a better round. My testing years ago on auto glass as well as other barriers showed that Hornady’s 129-grain GMXs exceeded .308 bonded rounds in terms of performance, and Hornady’s 143-grain ELD-Xs outperformed 168-grain A-MAXs.

When it comes to competition, the Tikka T3x TAC A1 in 6.5 Creedmoor will perform with rifles that cost twice as much. Can you spend less? Sure. But I’ve also had to change out stocks, triggers, grips and even handguards on other competitive models. On this rifle, there’s nothing I’d need to change or replace. I like this rifle so much that I’m going to keep it and use it in my next league match.

So, if you’re looking for a solid tactical or competition rifle, make sure the Tikka T3x TAC A1 is on your list. With an MSRP of $1,899, it’s not the least expensive firearm available, but to me, it’s the most rifle for the dollar in this category, and it’s a fantastic choice.

This article is from the 2019 Gun Annual issue of Tactical Life magazine. Grab your copy at OutdoorGroupStore.com. For digital editions, visit Amazon.