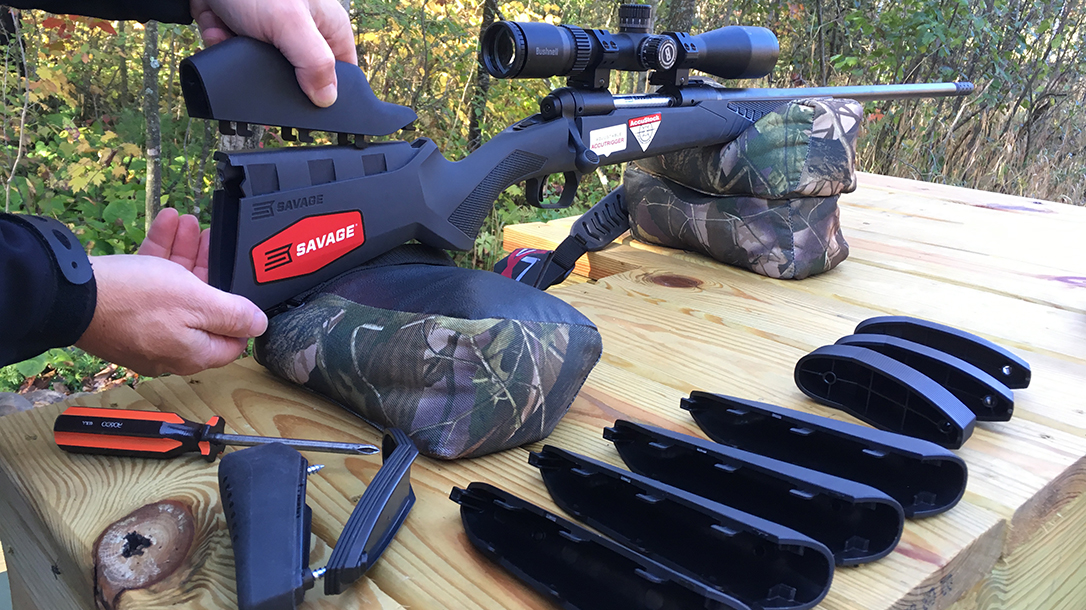 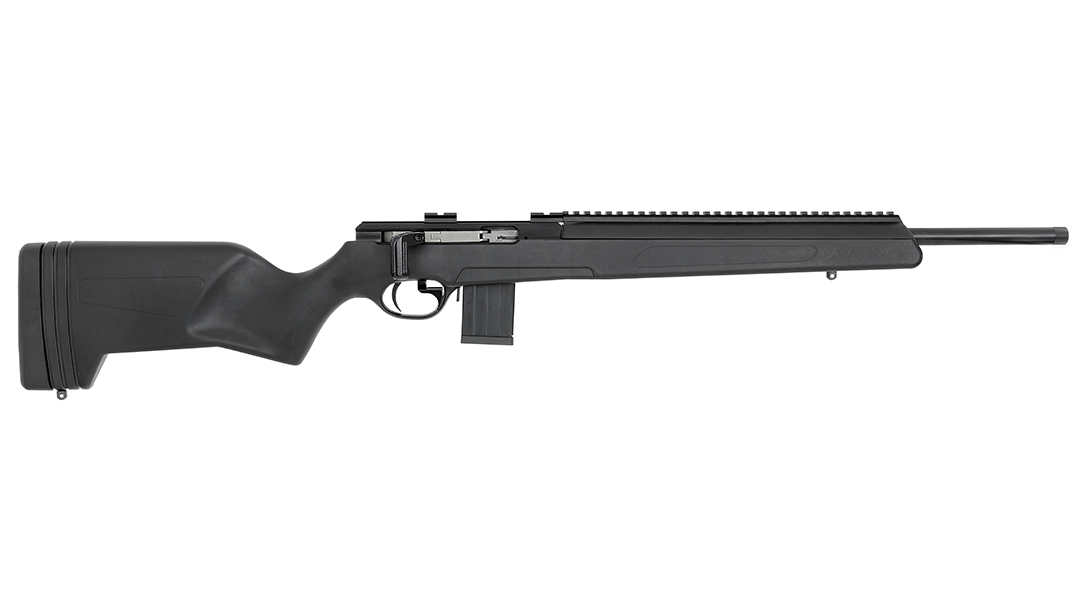 2 of 5
Steyr Scout RFR
Code-named “Cub Scout” during its development, the Scout RFR features the same stock lines as the original Steyr Scout, as designed by Steyr engineers with the continual input of scout-rifle-concept visionary, Col. Jeff Cooper. 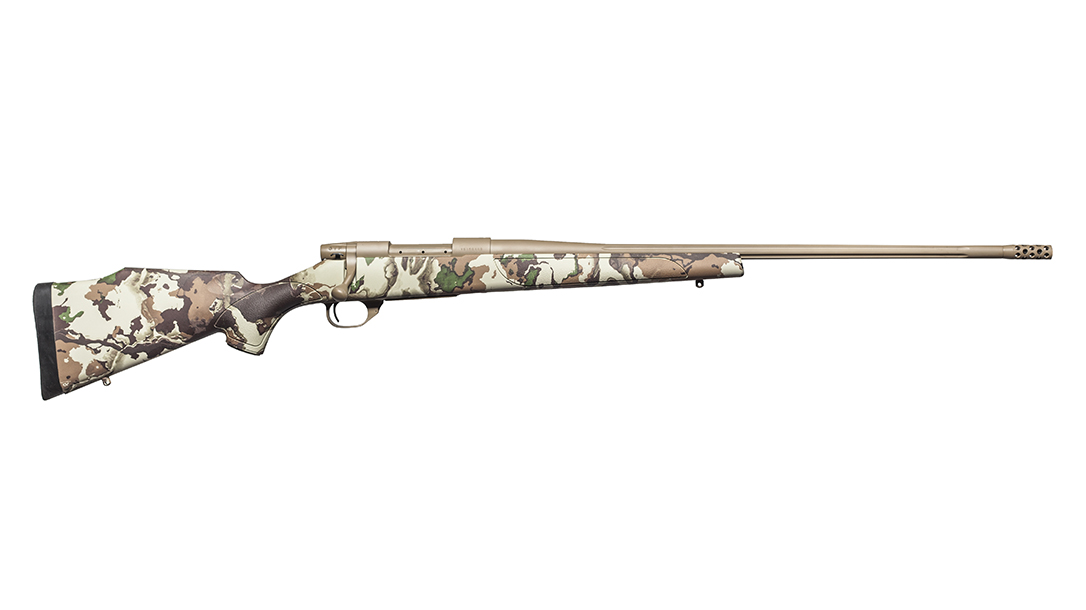 3 of 5
Weatherby Vanguard First Lite
The rifle, regardless of the First Lite camo, is all business. It features a synthetic stock, two-stage trigger, fluted bolt body, three-position safety, No. 2 contour, fluted barrel and standard Accubrake. 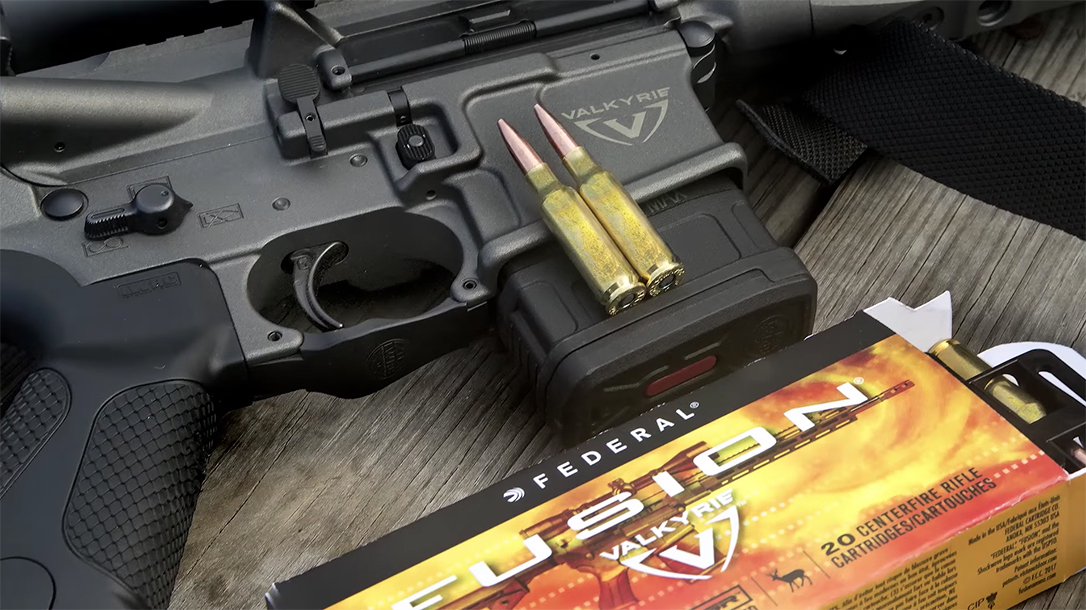 4 of 5
Federal .224 Valkyrie
If you get a kick out of the red-hot 6.5 Creedmoor, man are you going to love Federal’s blazing fast .224 Valkyrie. Federal’s new MSR-compatible cartridge flies a lot like the 6.5 Creedmoor with half the recoil and has the ability to fit in an AR-15. 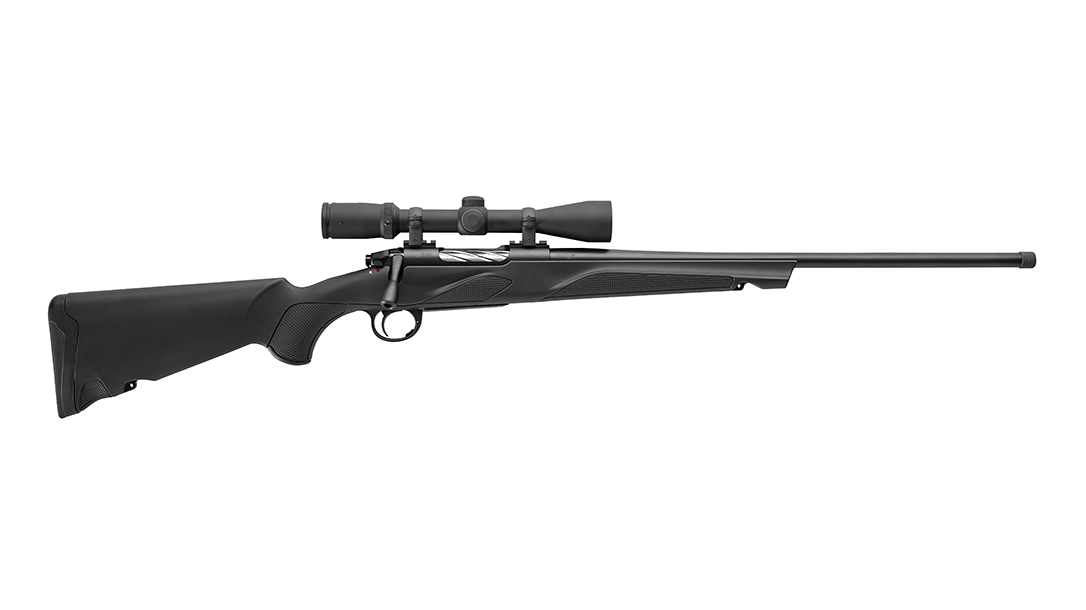 5 of 5
Franchi Momentum
When you think Franchi, you think shotguns. Think again. The Italian manufacturer has brought its own flavor of bolt-action rifles to the global market with its innovative Momentum series bolt-action rifle. 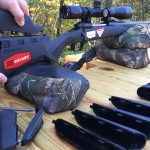 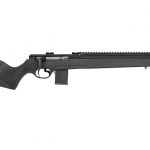 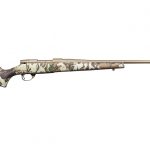 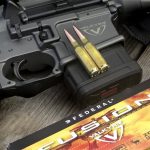 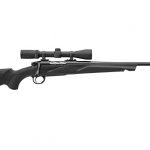 SHOT Show 2018 served as quite the stage for a lot of innovative and refined shooting sports and outdoor items in Las Vegas. While there were numerous manufacturers that left an impression on me — new cartridges, better optics, better bullets, more rugged and lighter footwear, and countless other creative and innovative ideas — I was asked to narrow it down to my top five things for 2018. The good news is I had a lot of superb choices.

The biggest news to me at SHOT Show 2018 is based on the fact that I’m a small guy. Most of my friends are taller and wider than me. And until now, most rifle manufacturers — outside the custom builder realm — didn’t make a rifle that could properly and effectively fit us all. The Savage 110 with AccuFit system changes that, and not just for me, but for anyone.

Spend any time with a poorly fitted rifle and it won’t take long for you to realize how uncomfortable and, ultimately, ineffective that firearm and you are. Improperly fitting rifles kick harder, hurt your neck, hurt your accuracy, slow you down, cause poor shooting techniques, minimize the effectiveness of your optic — the list goes on and on.

So, despite there being lots of innovative new firearms at SHOT Show 2018, the most impressive and important new thing I saw was the Savage 110 rifle with the AccuFit stock system. Any firearm you can get to properly fit you instantly becomes a better firearm before you ever pull the trigger.

Speaking of versatility, another top-five item new from SHOT Show 2018 was Steyr’s Scout RFR rifle, which technically debuted a few months earlier, but still stood out. Why? It’s because the scout rifle platform is arguably one of the most versatile rifle platforms any gun owner can have. On Steyr’s Scout RFR this is especially true when it comes to optics because the rifle enables its users so much flexibility.

Code-named “Cub Scout” during its development, the Scout RFR features the same stock lines as the original Steyr Scout, as designed by Steyr engineers with the continual input of scout-rifle-concept visionary, Col. Jeff Cooper.

The Scout RFR provides a 30-slot Picatinny rail along its barrel for forward-mounted optics. An integrated 3/8-inch dovetail base also runs the full length of the receiver’s topside, and a set of Weaver bases are also included for conventional scope mounting.

While that’s all pretty impressive, it’s not top five impressive. That honor was earned when Steyr decided to chamber Swiss-Army style rifle in the ultra-practical rimfires — .17 HMR, .22 LR, and .22 WMR. This opens up a world of affordable, low recoil, any age, ammunition to gun owners.

The Scout RFR features a 20-inch heavy-barrel configuration for maximum accuracy. Both the .17 HMR and .22 LR barrels are 1/2-20 UNF threaded for the user’s choice of attachments, while the .22 WMR barrel is not.

The overall length of the Scout RFR is 35.6 inches. Its base weight is 7.3 pounds. An optional knife tucks away neatly into the stock, and the standard Steyr SBS/Scout buttplate spacers can be swapped in or out to adjust length-of-pull.

Some of my fondest hunting memories are captured in photos with me wearing my First Lite Fusion camo. Now I can get a matching rifle from Weatherby. I think that’s pretty cool.

The rifle, regardless of the First Lite camo, is all business. It features a synthetic stock, two-stage trigger, fluted bolt body, three-position safety, No. 2 contour, fluted barrel and standard Accubrake.

If you get a kick out of the red-hot 6.5 Creedmoor, man are you going to love Federal’s blazing fast .224 Valkyrie. Federal’s new MSR-compatible cartridge flies a lot like the 6.5 Creedmoor with half the recoil and has the ability to fit in an AR-15.

The ballistic beauty of the .224 Valkyrie is in the bullets. They are designed to have high ballistic coefficient (BC) ratings typically produced only by larger caliber bullets.

The 90-grain Sierra MatchKing leads the .224 Valkyrie lineup with a G1 ballistic coefficient of .563, which is noteworthy for virtually any bullet and exceptional for short-action rounds. In comparison, the 223 Rem. 69-grain Sierra MatchKing scores a G1 BC of .301 and even the 22 Nosler 77-grain Custom Competition round tops out in .340 BC territory.

In the 6.5mm arena, BCs range from .421 to .564. This, according to Federal, gives the .224 Valkyrie the ability to retain its speed and flat trajectory longer.

Federal said a round loaded with the 90-grain Gold Medal Sierra MatchKing produces a muzzle velocity of 2,700 feet per second. It maintains a blistering 1,950 fps pace at 500 yards and 1,359 fps when crossing the 1,000-yard line. In fact, it remains supersonic (faster than the speed of sound) past 1,300 yards.

Italians have always had a knack for design, and this rifle is no different. Let’s start with the spiral fluted bolt. It features three large-sized locking lugs, and has a short, 60-degree throw to a cold-hammer-forged, chrome-molybdenum matte-finish barrel.

That barrel is also free-floating and threaded to accepts a variety of muzzle accessories (5/8 x 24 thread). The rifle sports an effective recoil pad, which Franchi says reduces felt recoil by up to 50 percent. It also features an adjustable trigger with a two-position safety, with eveeything tucked into a handsomely crafted synthetic stock. 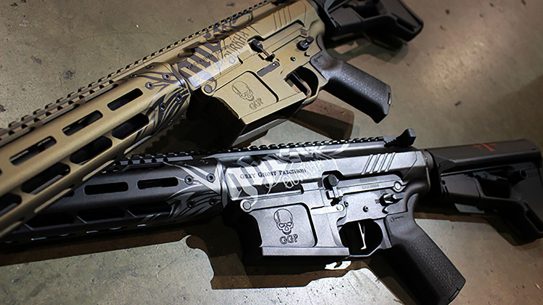 The Gurkha Grey Ghost rifle sports the Gurkha "ghost" tribal logo, and will be... 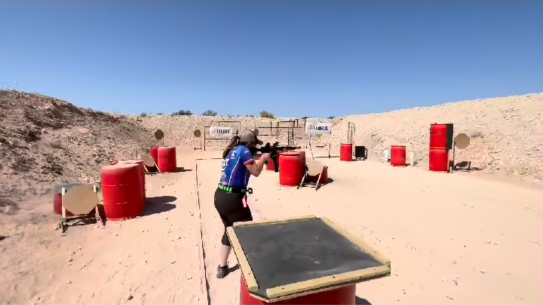