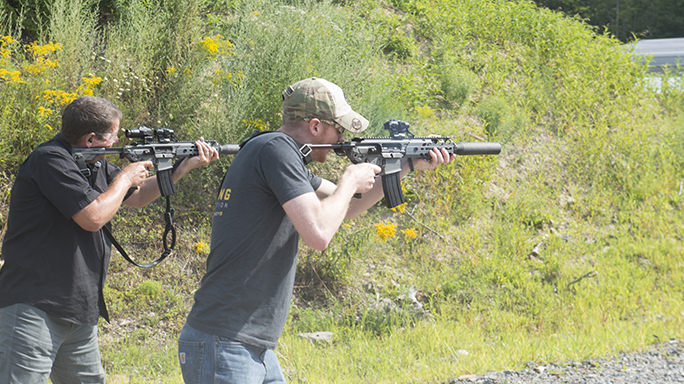 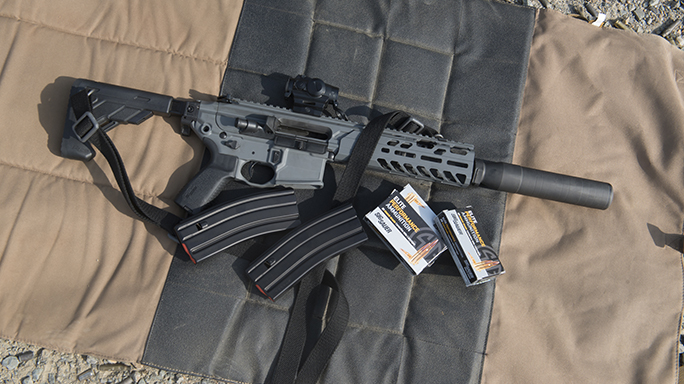 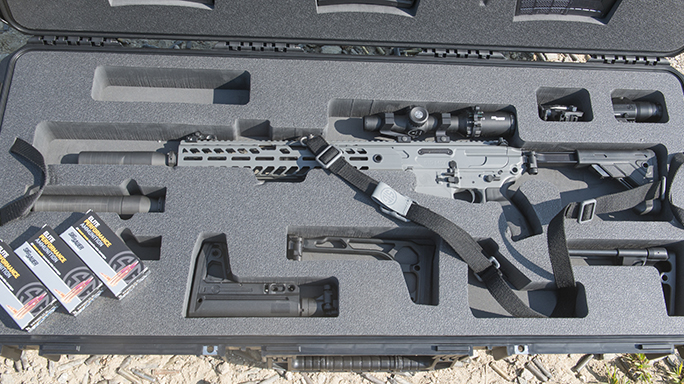 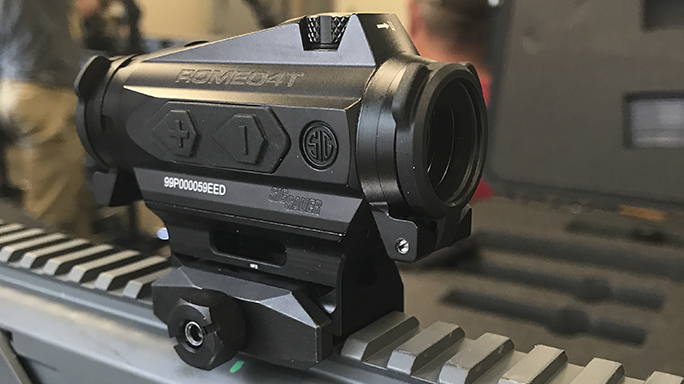 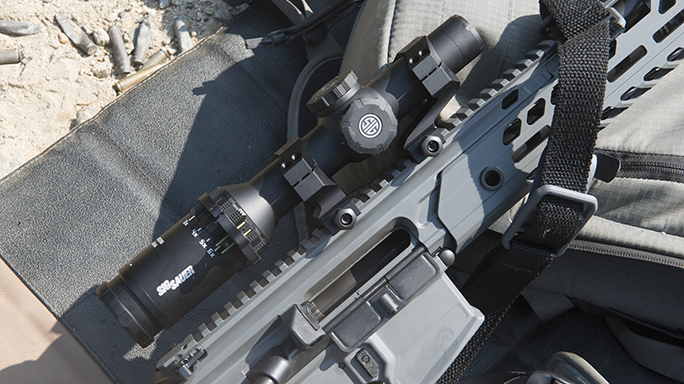 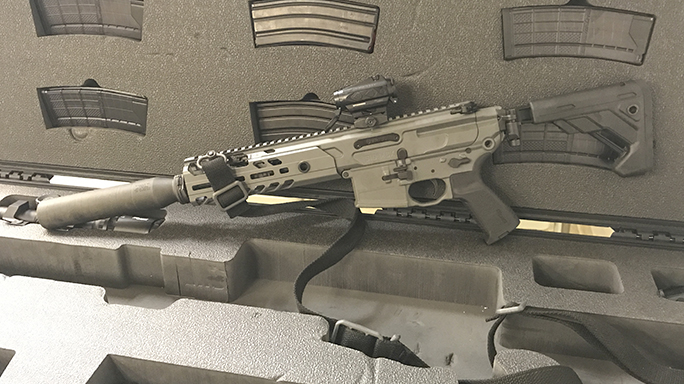 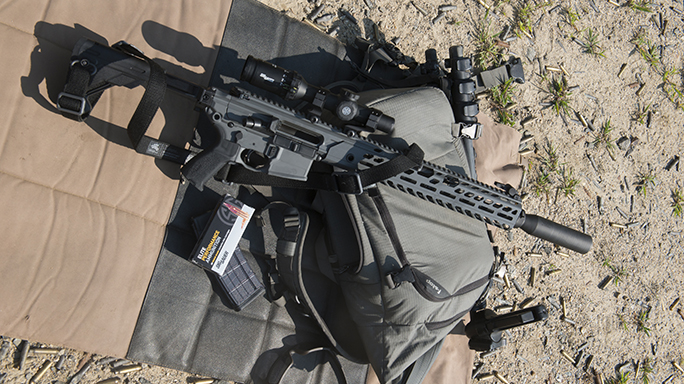 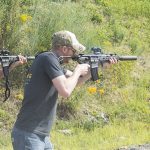 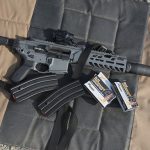 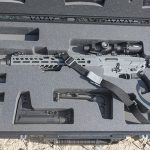 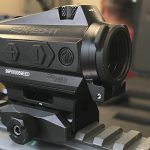 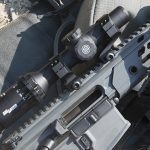 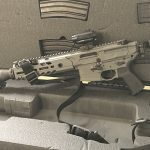 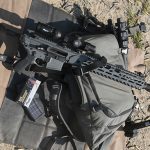 Sig Sauer recently brought in a few writers to the Sig Sauer Academy to evaluate one of its latest MCX offerings: The MCX Virtus.

On the Range with the MCX Virtus

Starting with the Virtus configured using a 16-inch barrel, SRD556QD suppressor and a new folding/collapsing stock, we fired Sig Sauer 77 Grain 5.56mm out to 750 yards. A Tango 6 1-6 power scope with Horshoe Dot BDC reticle allowed me to get four out of five hits at 750 yards. Hits from kneeling or off-hand were regular out to 300 yards. Quiet, efficient and accurate — the rifle is well-suited to the DMR (Designated Marksman’s Rifle) task.

We reconfigured the Virtus for a close quarters role in minutes. That process included installing an 11.5-inch barrel, different stock and Romeo 4T Red Dot Sight. Its multi-reticle system allowed my use of a circle dot configuration, one of my favorites.

On the square range we practiced numerous speed and accuracy drills, along with rapid fire. Once again, the Virtus proved as capable as any carbine designed for CQB use.

Configured as a 9-inch 300 BLK rifle using an SRD762QD suppressor, we moved to 220 grain subsonic loads and the vehicle course. Targets on Sig’s course are engaged through and around three vehicles, as well as several ports from both the right and left sides. Each station consisted of  four targets of various sizes and positions. It was incredibly fun and my MCX Virtus was 100 percent reliable, accurate, and a ton of fun to shoot.

Sig Sauer’s Jungle Run — a sort of action course — is configured to use the Virtus in three different configurations, along with the all-new Rattler at the end. Targets extended to 220 yards. While I did more jogging than running, I had two misses the entire course. Most of the shooting took place from kneeling or unconventional positions.

Sig Sauer’s MCX Virtus is one of the most versatile carbines available. The kits we used could produce at least five completely different rifles from 9 to 16 inches — suppressed, unsuppressed, four different stocks, three different handguards (including one that covers the suppressor) — all capable of firing while folded.

Combining the Tango 6 scope, Romeo 4T RDS and three power magnifiers met any conceivable mission. All optics can be easily swapped out in minutes.

Mission capable with proven reliability, the MCX Virtus is in a category all its own. 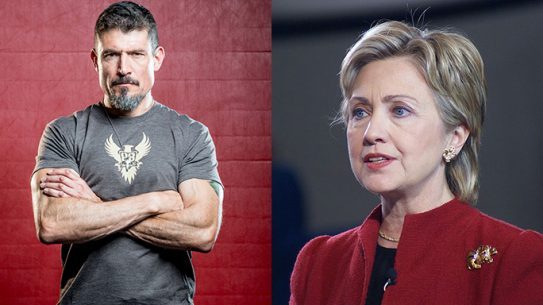