Early in October, I attended the 2019 Athlon Outdoors Rendezvous in eastern Idaho. This is a great event where a bunch of outdoor writer types have the rare opportunity to come together on one range for a few days of shooting. As cool as that is, I’d just finished a great archery elk season where I’d hunted two states, been away from home and climbing mountains for several weeks, and was honestly pretty well physically and mentally beat. I started the rendezvous excited, but not expecting to be really blown away by any of the new gear there. In fact, if you’d have told me that I’d be floored by the new stuff from Weatherby I’d have replied with “bullsh*t” or some other variant of the expletive. 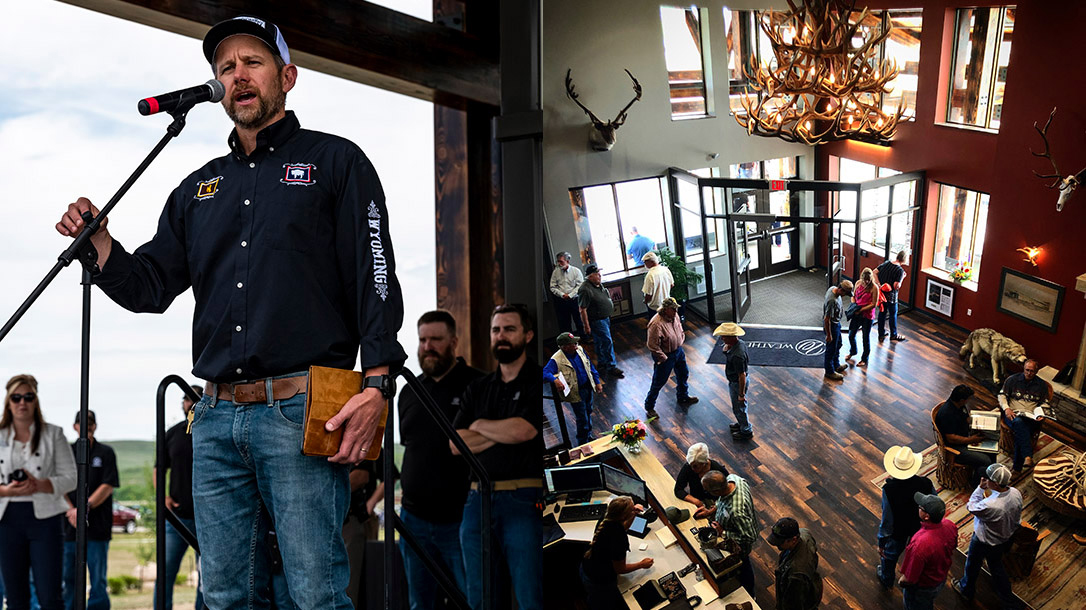 Weatherby Flees California for Wyoming to Escape 2A Persecution

Ever walk face first into a glass door you didn’t see coming only to take two steps back and realize you’ve just had your eyes opened in a pretty stunning manor? That’s what I felt like as I examined the new rifles Weatherby brought to the rendezvous this year. For sure, a big part of the reason for this is the perspective of Weatherby I’d developed over the years.

To say that polished gloss blue metal, high-gloss rollover montecarlo stocks, white-line rosewood forend and grip caps, and all the other overly garish finishes found on Weatherby rifles of the past are not my thing would be a huge understatement. I realize Weatherby has been making more modern rifles that are somewhat less gaudy, but nothing that really moved the needle for me until now.

That is no longer the case. Weatherby has moved its headquarters from California to Wyoming and is now under the third-generation leadership of Adam Weatherby. Kevin Wilkerson, Marketing Director for Weatherby, assured me the company made big changes, with more cool stuff coming. If what I saw at the Rendezvous is an indication then Weatherby has turned a corner and begun a new era of offering high-end contemporary rifles with a focus on serious features for serious hunters and tasteful practical aesthetics. I don’t consider myself a rifle snob, but I know what I like and what’s important. Weatherby apparently does too. 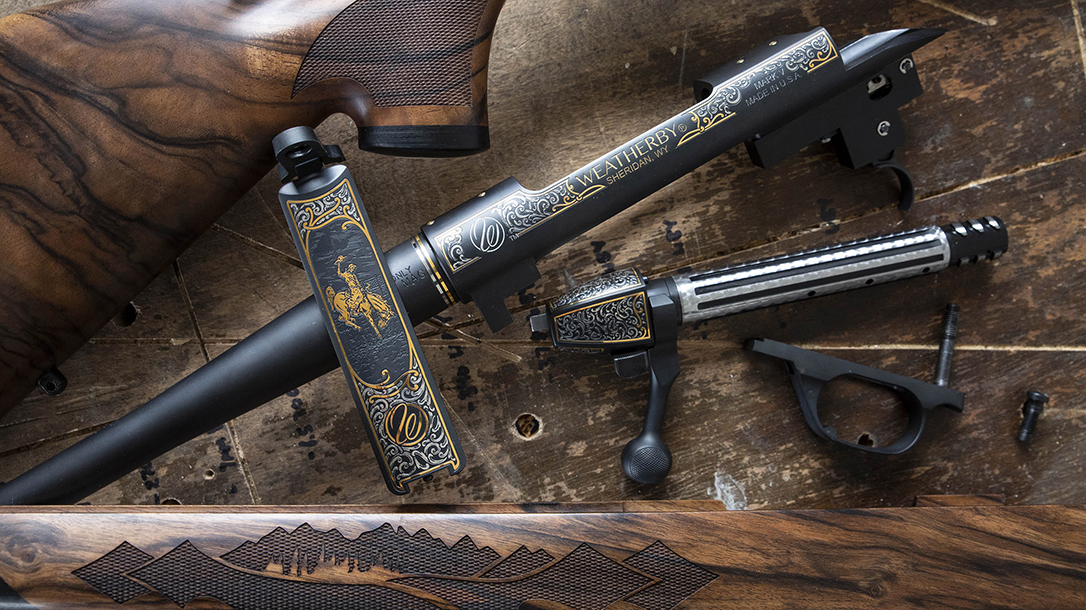 The top of the new line is the Mark V Accumark Elite model. The Elite wears an AG Composites carbon fiber brown camo stock with an adjustable cheek piece. The stock is well designed for the modern rifleman with a more vertical grip angle and less than ¼-inch drop at the heel and comb. These two features make it much more comfortable, consistent, and easy to shoot, especially when riding a rear bag. The Mark V Accumark Elite also features a Cerakote Coyote Tan Elite finished barrel, trigger guard, & receiver for good looks and corrosion resistance.

The rifle I shot was chambered for the now ubiquitous 6.5 Creedmoor. It features a fluted 24-inch #3 Contour 1:8-inch twist barrel and wore Weatherby’s Accubrake ST. The Accubrake ST reduces recoil by more than 50-percent, according to Weatherby, and definitely seemed effective on the 7.6-pound Creedmoor. An oversized and extended bolt knob makes rapid bolt manipulation a breeze. Additional chamberings include many of Weatherby’s own proprietary magnum cartridges like the 7mm Weatherby Magnum and 30-378 Weatherby Magnum. Arguably the most interesting option is the new 6.5mm Weatherby RPM. As a diehard 6.5mm nut I’m excited to begin loading RPM once I can get my hands on brass. Weatherby’s loads are pushing a 127-gran Barnes LRX are around 3,200 feet per second. That’s smoking performance from my all-time favorite hunting bullet.

If you’re a hardcore mountain hunter, backpack hunter, or you appreciate custom-level features that you can buy off the shelf, then the new line of Weatherby Accumark rifles is sure to be worth a look. The MkV Accumark Elite emerges as a fully featured rifle. It brings the best features of a tactical competition rifle into the realm of a lightweight hunting rifle. As such, it should prove suitable for everything from elk in the aspens to pronghorn on the prairies.