How Does the ZEV Small Frame Rifle Compare to Other 6.5 Creedmoors?

0
SHARES
131
VIEWS
Share on FacebookShare on Twitter
As a marketing guy, I love to watch the success of a company that goes from an unknown to a category leader with the trajectory of a rocket launch. While the folks inside ZEV Technologies might tell me it hasn’t been quite that straightforward, there is no doubt that they’ve enjoyed a tremendous ride to the top of the aftermarket Glock parts business. It took what was undoubtedly a homely, but fantastic pistol and made it the coolest thing on the range. 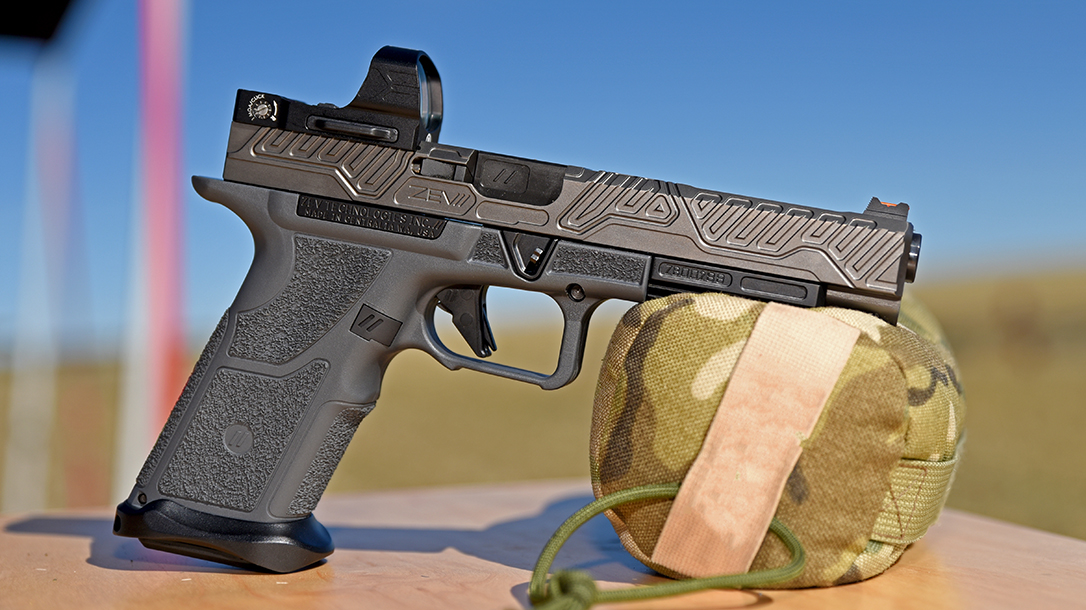 Take a look at the Original ZEV line of complete pistols based on ZEV’s modular frame architecture compared to the standard Glock pistol (as much as I love them) and you’ll see an example of the innovation it brings to the market. If leading the high-end Glock-style pistol and parts markets wasn’t enough, ZEV now offers complete rifles in several formats and sizes, plus receivers and parts. I had the opportunity to shoot one of these rifles at the annual Athlon Outdoors Rendezvous recently and as impressive as ZEV pistols are, I’ll have to say that the rifle was even more striking.

The ZEV Small Frame rifle is its take on an AR-15-sized, AR-10-power-level semi-auto rifle. We’ve seen a similar concept from DPMS with its G2 and POF with its Revolution. It’s a good concept that mitigates the biggest drawback of the large-frame guns; size and weight. The ZEV Small Frame, chambered in 6.5 Creedmoor, with its 20-inch match barrel weighs only 8.6 pounds. Similarly built 20-inch rifles built on large frames from other makers can weigh in above the 10-pound mark. With 7075-T651 aluminum billet receivers, an M-LOK handguard that installs directly to the extended upper receiver, ambidextrous charging handle, fantastic trigger that breaks at less than three pounds, stainless-steel Noveske barrel, Surefire muzzle break, ambidextrous controls, and Magpul furniture this is a maxed-out rifle aimed directly at the top of the production-rifle market.

The first thing I noticed when I laid eyes on these rifles is the finish. I’ve worked on several sides of the AR-manufacturing business over the last fifteen years. And I’m intimately familiar with the processes and challenges related to finishing aluminum parts and building them into complete firearms. Though much of these issues comes from attempting colors other than black, I can vouch for the fact that building consistently good-looking black guns from parts made from different lots of raw material, with variations in surface preparation, and finished in different lots of anodizing is a constant battle.

I’ve only been able to examine a handful of these rifles thus far. But I can say with absolutely no reservation that the ZEV rifles I have handled are by far the most well-finished AR-type rifles I’ve ever seen. With the most perfect and consistent surface preparation and a proprietary process that gives the rifle a look like no other in the industry, these really look like the high-end rifles they are. I’m really not one to get hung up on cosmetics, but the finish ZEV has developed on these rifles is truly remarkable with none of the usual chalkiness or overly glossy finish that plagues anodized parts throughout the industry. Instead, there is an incredible combination of a slightly coarse surface under a nearly wet-looking deep black anodize that combines into a look that’s absolutely killer.

I gawked at the rifle’s aesthetics for what was probably an inappropriate amount of time. Then I had the pleasure of ringing numerous steel targets across a windy Idaho wheat field. Starting at just over 300 yards, getting on steel was too easy. As we stretched out the distance, the great trigger and low recoil combined to make shooting a truly fun experience. Engaging targets in excess of 700 yards was as simple as making a wind call and squeezing the trigger. Shots could be spotted through the scope with ease. This sort of thing will quickly make it clear why the old saying “buy nice or buy twice” holds true.

There’s just nothing to complain about with a rifle this nice. If you’re in the market for a premium semi-auto 6.5 Creedmoor, definitely give the ZEV Small Frame rifle a look. For more information, visit zevtechnologies.com.