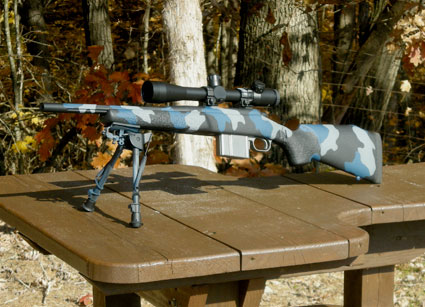 Some years ago I was training a close protection team that operated primarily in urban areas but also spent some time with their principal at a rural estate. They were armed with handguns, shotguns and AR15 rifles, but they also felt that they needed a couple of precision .308 rifles suitable for deployment in the countersniper missions. In addition to the usual criteria, accuracy and reliability, this team also needed countersniper rifles that would conceal easily since their VIP wanted all armament hidden unless it had to be deployed to stop an attack.

As it transpired, not long after working with this team I was attending the SHOT (Shooting, Hunting, Outdoor Trade) Show and I spoke with Robbie Barkmann of Robar Companies about this covert countersniper rifle. Between the two of us, we came up with the parameters of a version of the Robar QR-2F (quick response) precision rifle, which fit my needs for such a rifle, and I ordered one to test the concept. I’ve been using this rifle now for a few years and recently decided to update the optics. As I’ve been shooting it quite a bit lately to get the new scope zeroed and recently recommended the rifle to another team, I thought readers might find an article on this rifle interesting. 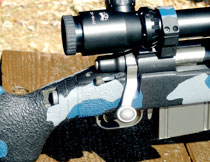 Gun Details
The basic rifle is a Remington 700 .308 with the Robar QR-2F folding stock, a 16.25-inch barrel that is altered to accept M-14 magazines. Another of my criteria was that the rifle would fit in a clandestine rifle case, which appears to be a sports case for squash players. Eagle Industries originally designed this case for DEA. The resulting dimensions of my Robar QR-2F are 36 inches with the stock open and 24.25 inches with the stock folded for storage. Just a note for those who are not familiar with how the law on SBRs (Short Barreled Rifles) works, barrel length must be at least 16 inches and overall length with stock extended must be at least 26 inches to avoid classification as an SBR.

I felt the capability of taking M-14 magazines was important since the rifle might also be used to give covering fire to the protective team during an attack. Normally, I keep my Robar QR-2F with a 10-round magazine in place but I also have carried spare 10- and 20-round magazines. Since my Robar QR-2F was built, Robar has changed and now uses the Badger Ordnance conversion unit for the Remington 700. This unit is easier to install and cuts costs on the rifle by a few hundred dollars. The Badger Ordnance unit uses five- or 10-round Accuracy International magazines.

I considered the ability to use M-14 magazines a pro when I had my rifle built for various reasons: they are readily available, the 20-round magazine offers sustained fire advantages if the rifle is used for suppressive or covering fire and if members of the team should have M1A rifles there would be magazine interchangeability. The latter would rarely be a consideration since most teams armed with carbines use M4s or in some places AKs, AUGs or G36Ks.

The polymer folding stock is well designed and simple to operate. It locks via a thumbscrew, which can be quickly operated to lock the stock. However, when I first got my rifle I wanted to be sure that in an immediate engagement scenario, the rifle could be fired accurately if there were time to open the stock but not tighten the screw. As long as one holds the stock firmly against the shoulder in the shooting position, the rifle performs just fine until one has a chance to tighten the thumbscrew.

I have engaged targets to 200 yards by just deploying the stock and shouldering the Robar QR-2F and scored hits readily. The stock has a Pachmayr Decelerator recoil pad, which makes the rifle a pleasure to shoot. As aids to accuracy, the stock has the action/barrel completely bedded with aluminum pillars and incorporates a free-floating barrel channel. An Anschutz accessory rail is installed and on my rifle a Harris bipod is installed.

On the Robar QR-2F, the Remington 700 BDL action is completely accurized, which includes grinding and lapping and using hex head action screws. The trigger is worked over for a very smooth pull of 2.5 pounds. The standard Robar QR-2F barrel is normally 20 inches and is of fluted match grade. Mine was cut back to 16.25 inches and the muzzle precisely crowned.

If you want a more compact Robar QR-2F, and the willing to pay the tax and go through the BATFE (Bureau of Alcohol, Tabacco, Firearms and Explosives) paperwork for a short-barreled rifle, you could have a countersniper rifle with an even shorter barrel to the front of the forearm. I didn’t measure but that would probably be around 12 inches. That would get the folded length of the rifle down to around 20 inches, which should allow it to fit into an array of clandestine carrying cases.

My rifle is done in Roguard urban camouflage on the stock, barrel, receiver, bipod and scope rings. The bolt and internal parts are finished in NP3. Robar is renowned for their finishes and despite years of usage and carrying around my Robar QR-2F still looks as it did when I took it out of the shipping carton the day it arrived. When the various operations designed to enhance accuracy have been performed on the Robar QR-2F it is test fired to assure that it will deliver one-half MOA (minute of angle) groups at 100 yards.

Valdada 2.5-10x42mm Scope
I initially sent Robar a variable power Valdada scope for use with my rifle, and I have been quite happy with the combo. However, Valdada has updated their 2.5-10x42mm scope slightly since then and I decided to change to the latest generation scope. One reason I initially chose a Valdada scope and continue to use one on my Robar QR-2F is that Valdada scopes are compact and light for their performance level. The 2.5-10x is only 13.5 inches overall and 19 ounces in weight and it features glass of great clarity and resolution from the German Schott Glasswerk. High quality glass combined with Valdada multi-coating produces a lens which performs well at all distances and does especially well in low light.

Valdada-etched reticles are precise and available in illuminated versions, an option I highly recommend. I especially like Valdada’s MP-8 Dot reticle which allows precise shot placement and also fast ranging capability. Windage and elevation are adjustable in 1/2-MOA clicks, which allows the user to get a very precise zero.

Since I’ve been shooting my Robar countersniper rifle for a few years I’ve had a chance to try it in various circumstances. For example, this is one countersniper rifle that can be carried in a vehicle with stock folded, then deployed very quickly upon exiting the vehicle. I have also learned that Robar’s claims that the Robar QR-2F is a one-half MOA rifle are not exaggerated. 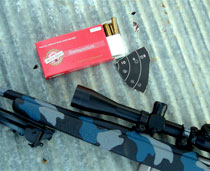 Range Time
When I installed the new Valdada scope on my Robar QR-2F rifle I shot enough to get it zeroed, then did some extra shooting with the rifle. I wasn’t having my most precise shooting day, but I was shooting groups around an MOA at 100, 200, and 300 yards. I used Black Hills and Federal 168-grain Match ammo as I have found these two loads offer excellent accuracy in every .308 tactical rifle in which I have fired them. Hence, I know if I do my job in shooting straight they will perform.

I normally zero .308 tactical rifles at 200 yards, which was the distance I used with the Robar QR-2F. Since I try to shoot the Robar QR-2F as realistically as possible given its countersniper mission, when I was close to on with the scope, I fired five rounds prone working the bolt quickly. At 200 yards, the five-shot group was 2.5 inches, which I consider more than acceptable. I made some final adjustments for windage and elevation and with a couple more shots had the Valdada on.

Because it is so compact, light, and handy, I find my QR-2F the easiest tactical rifle I own to shoot offhand. Hence, I fired my last 20 rounds standing at plates at 100 and 200 yards. The satisfying “Thunks!” as most shots hit the plates attested to the ease of quickly engaging with the compact rifle.

Final Notes
The addition of the new Valdada optics has enhanced my Robar QR-2F. I haven’t changed my mind about the features desirable for a compact countersniper rifle for protective teams. Readers who find this rifle appealing can order the same rifle from Robar. Robar does excellent work on a variety of custom rifles, pistols and shotguns. My QR-2F is a perfect example of Robar’s quality. 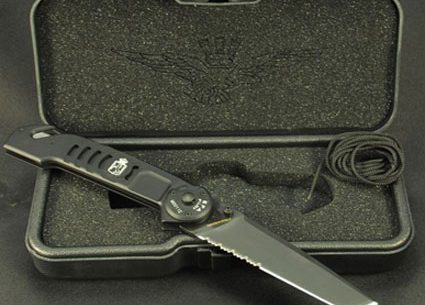