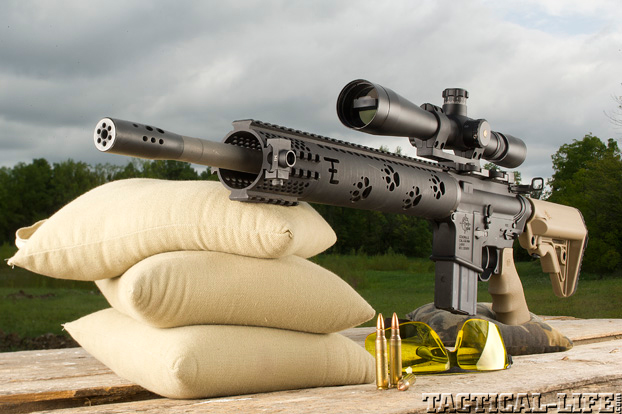 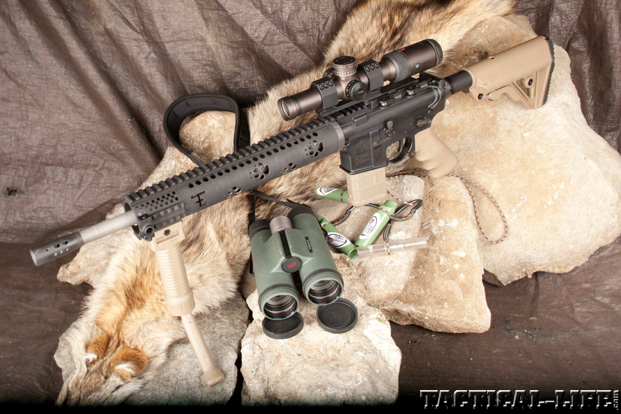 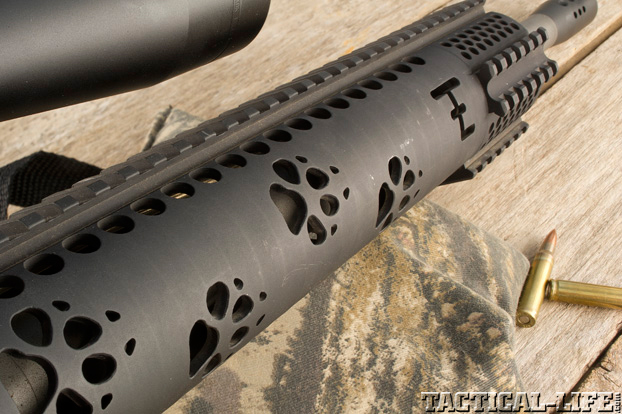 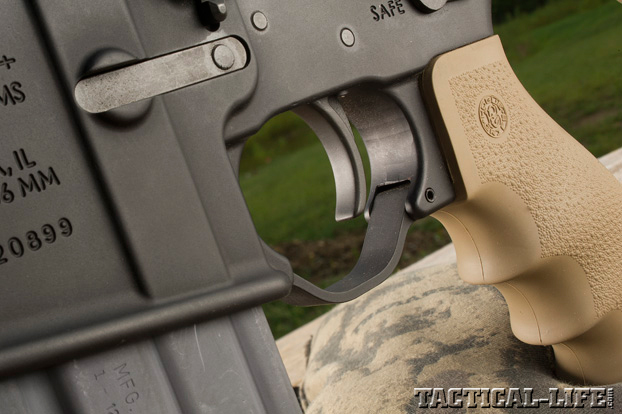 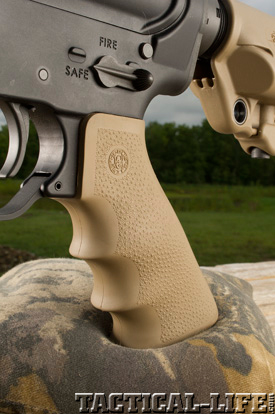 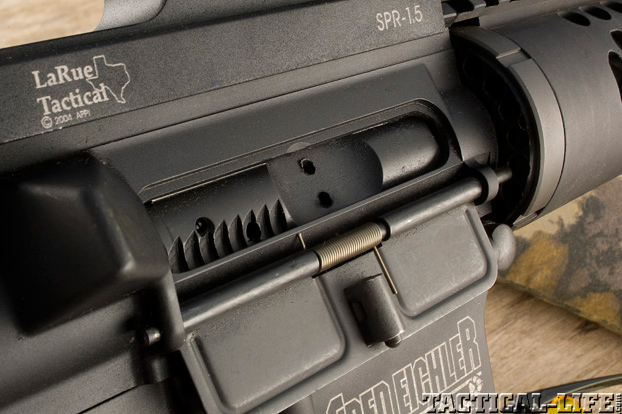 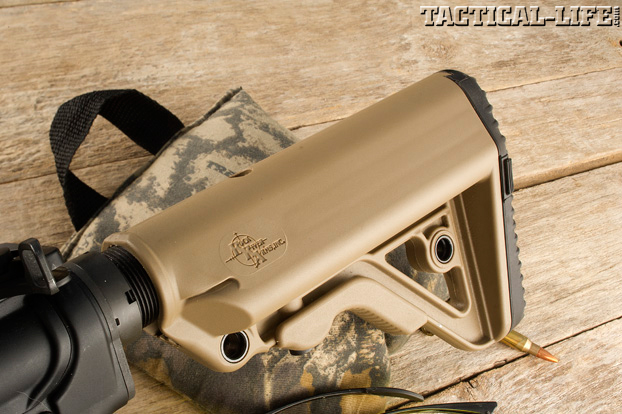 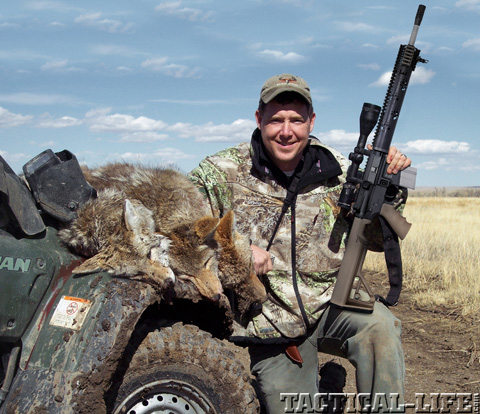 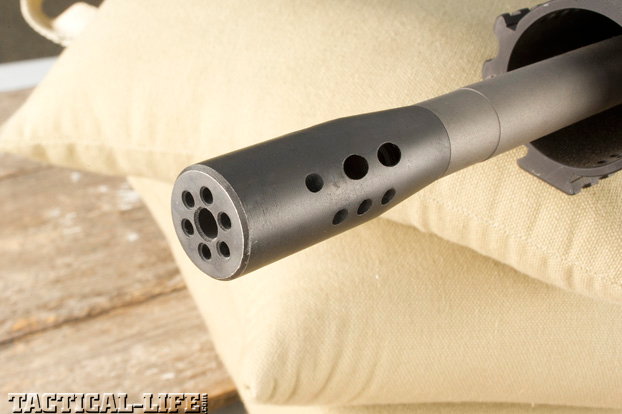 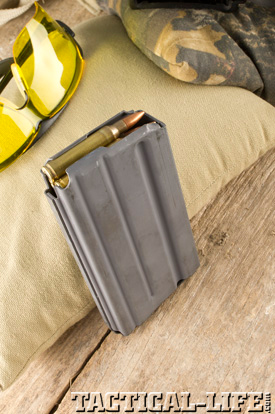 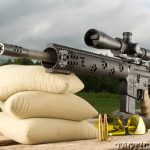 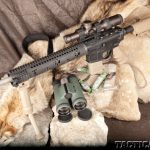 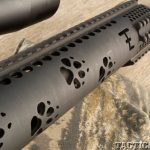 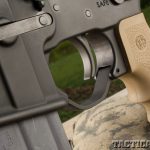 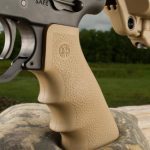 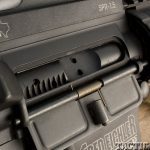 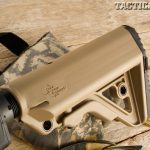 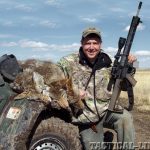 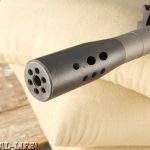 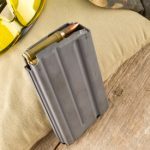 It isn’t unusual for sporting goods manufacturers to market or repackage their products for varmint hunters in an effort to increase sales. Whether varmint loads, game callers or firearms, a few of those products are truly outstanding, most are middle of the road and some are junk.

When I got the opportunity to test and evaluate Rock River Arms’ LAR-15 Fred Eichler special-edition Predator rifle, I welcomed it. You see, Fred Eichler, the host of Easton Outdoors, is one of the leaders of bowhunting television. Recently, Eichler got a gig as the TV host of Predator Nation. Rock River Arms is following the rifle manufacturing trend and offering hunting rifles along with their tactical and competition ARs. An industry leader well known for producing a full line of high-quality AR-15-style rifles, components, parts and accessories, Rock River Arms introduced in 2012 the Fred Eichler Series Predator .223 rifle to its expanding line of high-performance hunting firearms. “I am extremely excited to get this new predator gun out in the field,” Eichler said. “Rock River Arms is known for their high-quality rifles, and I’m honored to have been selected to have my own series. After extensive in-the-field development, I am proud to attach my name to such an excellent product. I look forward to spending more time in the field with my Rock River Arms predator rifle.”

I was anxious to put this rifle in the field as well. It traveled with me to Oregon on a mid-May coyote and ground squirrel hunt (that wound up being a lot more ground squirrel than coyote hunt). The outfitter failed to tell anyone until the last night of the hunt that the female coyotes were denned up and having pups that week—naturally, their mates didn’t venture very far from them. The only shots I fired in the direction of a coyote was a 710-yard Hail Mary on the first morning at a dog that sat on its haunches—only its head peeked out from the thick brush. I also got into a 130-yard roll-out-of-the-truck-and-shoot scenario that gave me a single glimpse of a coyote’s south end heading north at Mach 2 through a cedar thicket. There was no shortage of targets, however, when we set up in the alfalfa fields to thin the “sage rat” population. Over three days, I shot just over two 200-round cases at the hay munchers.

Ground squirrels don’t present much of a target: you get plenty of head shots as they peer from the security of their holes, or you’ll catch them making a mad dash from who knows to wherever their nose leads them. Suffice it to say, if they’re out of their holes, there’s about a 70 percent chance that they’re running. Every once in a while, a standing shot presents itself. Out to 125 yards, head shots were pretty easy with the RRA rifle. It probably helped that I outfitted the rifle with a Trijicon Accupoint 5-20X scope. It wasn’t long before I started limiting my shots to 200 yards and beyond with this setup. Toward the end of the hunt, I was making shots at stationary ground squirrels at ranges out to 410 yards using a Leica 1600 rangefinder. It took me a little shooting to determine the precise drop and windage allowances, but when I figured out the dope, I was able to kill several at the far edge of the field.

One thing I learned about the RRA LAR-15 Fred Eichler Series Predator was its weight. I got the opportunity to carry it—a lot. This rig weighs 10 pounds 5 ounces with a Trijicon 5-20X Accupoint scope set in Trijicon mounts and a 20-round PMAG. Add a Viking Tactical sling, and you’ll get the complete picture of how I coyote hunt with this rig. Naked, this rifle tips the scales at almost 7 pounds 10 ounces. I don’t have any complaints, but I’m well aware that I’m humping a substantial rig when afield.

’Yotes For Bucks
When I got back home to Tennessee, I only had to wait a few days for the coyote hunting to turn red hot. When the coyote pup litters hit the ground, the adult appetites went into overdrive.

I’m a big fan of killing coyotes in the summer, especially in the areas where I hunt deer in the fall. As coyote hunting grows in popularity every year, deer hunters want to know if hunting the cagy predators will help future deer populations. “Shooting coyotes will not be able to reduce their numbers enough to prevent them from eating fawns,” said Gary Cook, retired Tennessee Wildlife Resources Agency (TWRA) regional manager and recognized coyote expert. “There’s one exception that will help whitetails, though. If you can hit the coyote population hard with calling and shooting at the same time that does are dropping fawns, it can help. Killing coyotes during the summer can make a difference. It will give fawns a chance to grow old enough to evade predators in that specific area.”

I take Cook at his word, especially when it comes to coyotes. He’s retired now after 30 years of service, but he did a stint as the TWRA’s furbearer biologist before his promotion to regional manager. Cook retired as the top-ranking wildlife biologist and law enforcement officer for a 25-county area that covers about 10,000 square miles. Cook’s experience with coyotes doesn’t stop at his academic knowledge of coyote biology. He’s the best coyote trapper and long-range rifle shot I know. He’s the man who first showed famed predator hunter Bill Bynum how to call and kill coyotes many years ago.

Solid research concerning coyote depredation of whitetail fawns in the Southeast is just beginning to come to light, revealing that some areas are experiencing fawn loss as high as 80 percent. The Savannah River Site Ecology Lab in South Carolina radio collared more than 100 newborn whitetail fawns and learned that coyotes were monumental fawn predators. When coyotes eat 80 percent of fawns, it won’t take very many years until the deer population crashes. I have seen evidence of the same coyote threat in other areas, which makes a pretty good case for feeding coyotes a diet of high-velocity copper-jacketed lead in the summer.

The RRA LAR-15 Eichler Design
According to the folks at RRA, the LAR-15 Fred Eichler Series Predator rifle was “strategically designed to be lightweight for running and gunning.” The rifle’s 16-inch mid-length stainless steel barrel has been cryogenically treated to increase the shooter’s accuracy and aids in cleaning the firearm. The barrel has a 1-in-8-inch twist rate to stabilize heavier bullets.

This rifle wears a RRA free-floating handguard that has a full-length Picatinny top rail and 2.5-inch rails at 3, 6 and 9 o’clock for mounting lights, lasers and bipods. These rail sections aren’t just bolted to the handguard: they’re machined as part of the whole unit. The handguard also displays a unique CNC-machined coyote-track design, which adds both flare and functionality by dissipating heat.

The forged, flattop A4 upper receiver allows attachments for scopes, night vision or red-dot sights. The matching lower receiver locks up tight with the upper, yielding an incremental boost to accuracy. We’ve all seen ARs that you can take in your hands and twist in opposite directions and discern a bit of movement—that’s bad for accuracy. But I have never held an RRA in my hands and been able to see or feel any movement between the upper and lower.

This rifle comes equipped with a two-stage, chromed RRA National Match trigger with a Parkerized non-reflective surface on the trigger shoe. The first stage pulls 2.25 pounds, and the sear breaks cleanly at 3.75 pounds. There’s a small amount of rollover between the first and second stage, but it’s smooth and consistent. The trigger’s feel strikes an excellent compromise for an all-weather hunting trigger on an AR.

Other features include a winter triggerguard, which accommodates winter or tactical gloves, and a Hogue overmolded pistol grip. It also wears a low-profile, hidden gas block that looks very much like a PRI. A Badger Ordnance charging handle makes chambering a round quick and easy. Another nice touch is the safety lever: its acorn-shaped knob is easier to reach with my thumb than a mil-spec safety. The rifle’s barrel also wears an RRA custom muzzle brake with directional porting, which Eichler claims reduces muzzle lift and recoil. RRA LAR-15 Fred Eichler Series Predator rifles are available with either the fixed RRA Operator Stock or the RRA six-position Operator CAR Stock.

Of special note is this rifle’s .223 Wylde chamber, which was designed as a match chambering for semi-automatic rifles. It will accommodate both .223 Rem. and 5.56mm NATO ammunition. It is relieved in the case body to aid in extraction and features a shorter throat for improved accuracy. I’ve fired several five-shot 100-yard groups with Wylde-chambered ARs that, when measured center to center, were smaller than the bullet’s .224-inch diameter. In my experience, the best Wylde-chambered rifles are capable of 0.5 MOA groups all day long, with a wide range of quality ammunition.

The RRA LAR-15 Fred Eichler Series Predator .223 is available in a two-tone black-tan finish and comes with one 20-round (or 10-round where restricted by law) magazine, a hard case and an owner’s manual.

Downrange Results
To gain a comparative accuracy analysis of the RRA, I chose four loads and shot several five-shot groups at 100 yards. The rifle was supported with a Bulls Bag under the handguard and a rear pinch bag. I kept the Trijicon Accupoint 5-20X scope on the rifle for range work, owing to its superior optics. Velocity data was gathered with an Oehler 35P chronograph. I enjoy shooting this rifle, so my data was recorded over multiple trips to the range. Temperatures varied from the low 70s to the high 90s.

The first groups recorded were with Black Hills 75-grain match loads. They were consistent performers, with an average group size of 0.87 inches. The Remington 77-grain match loads didn’t fare quite as well: the average group was 1.97 inches and the velocity data seemed rather high, so I suspect that I got a gremlin in my chronograph. When I got through shooting Summit’s 77-grain match loads, I decided that the 1-in-8-inch twist rate just wasn’t quite enough spin for bullets in the 77-grain Sierra Match King bullet class. The Summit loads pro duced an average group size of 2.09 inches and an average velocity of 2,728 fps—this load should have averaged around 2,590 fps, so this data was questionable too.

On my last trip to the range, I found a case of Hornady Zombie Z-Max loads when I was scrounging for gear—I’m glad I did. I filled a PMAG with a box full of these 55-grain yellowish-green-tipped bullets and got some good results. I’ll shoot these for coyotes the rest of the summer.

While on the Oregon sage-rat shoot, I fired Hornady ammunition exclusively. During my sighting-in session, I fired multiple sub-MOA groups with loads that ranged from 55- to 75-grains. I didn’t lug a chronograph on the plane, so I didn’t save any of my targets either. Although I haven’t fired RRA’s signature-series rifle with every .223/5.56mm load in my ammo locker, it does seem to have a preference for Hornady ammunition. For more on RRA, visit rockriverarms.com or call 866-980-7625.

The Roundup
If you’re looking to add a dedicated varminter AR to your arsenal, the Rock River Arms LAR-15 Fred Eichler Series Predator is a good bet. It’s accurate and has several bells and whistles that you will come to appreciate. For more information, visit rockriverarms.com or call 866-980-7625. 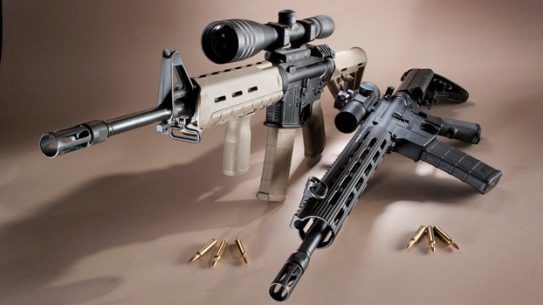