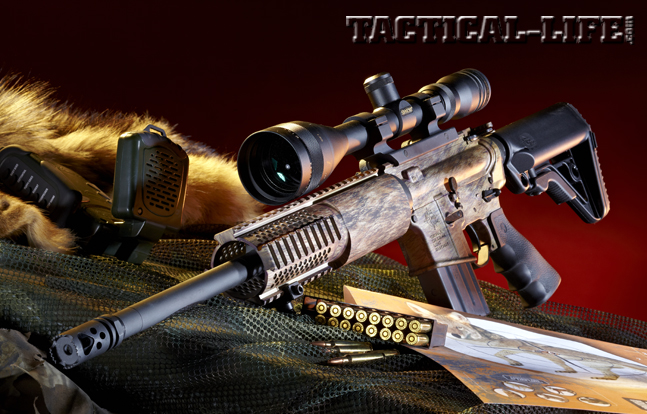 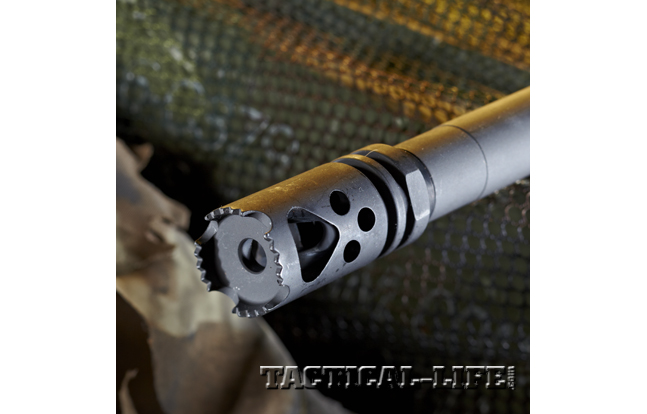 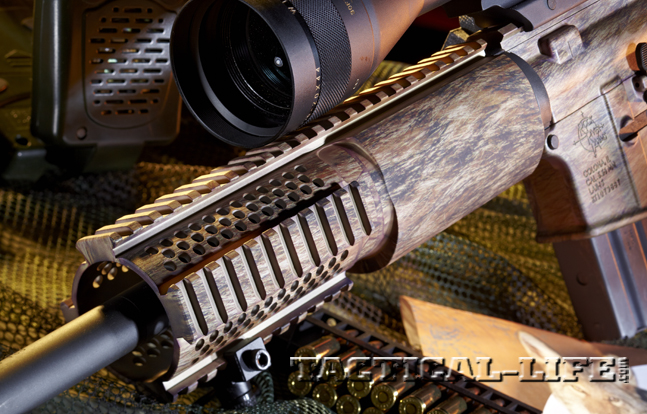 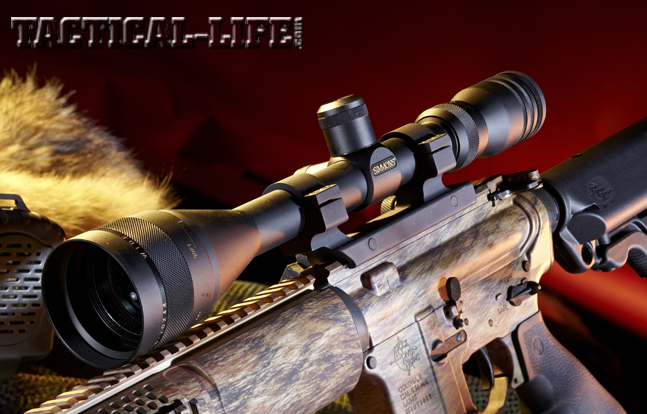 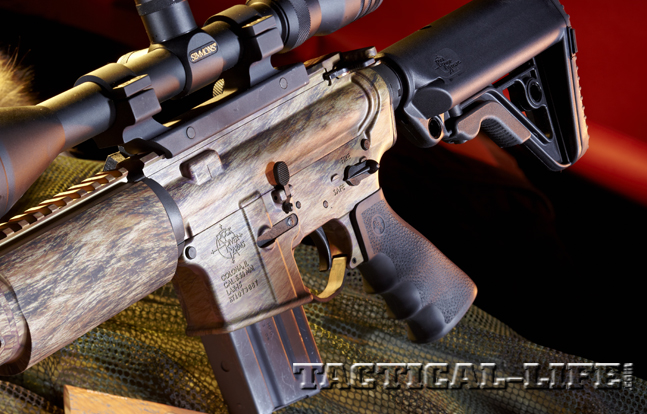 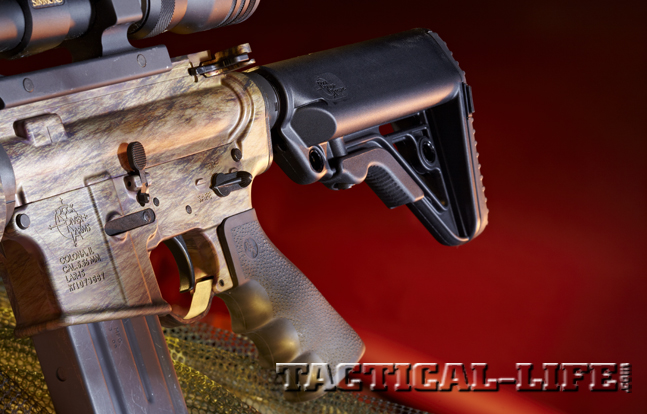 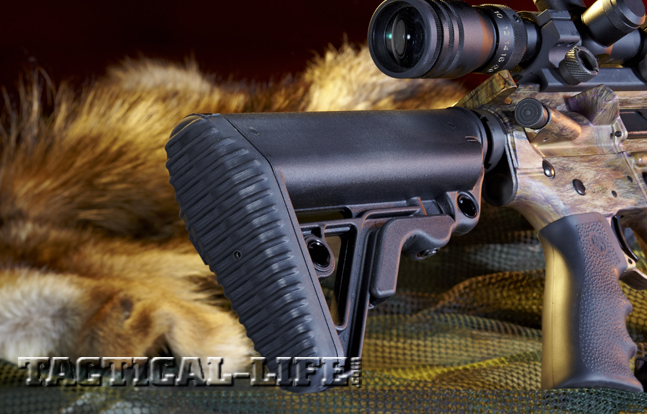 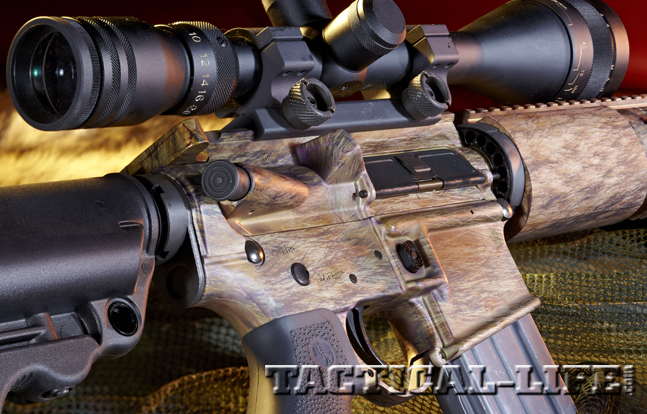 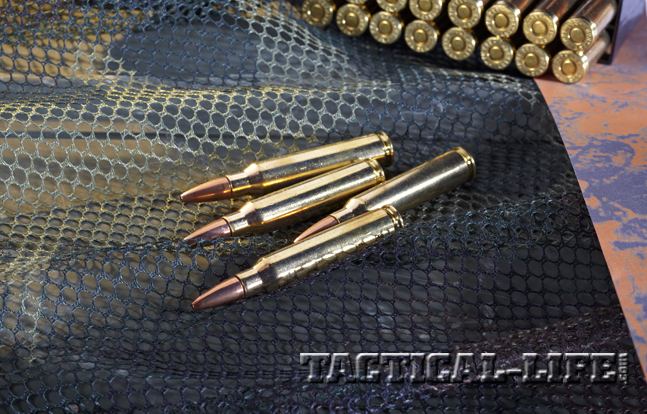 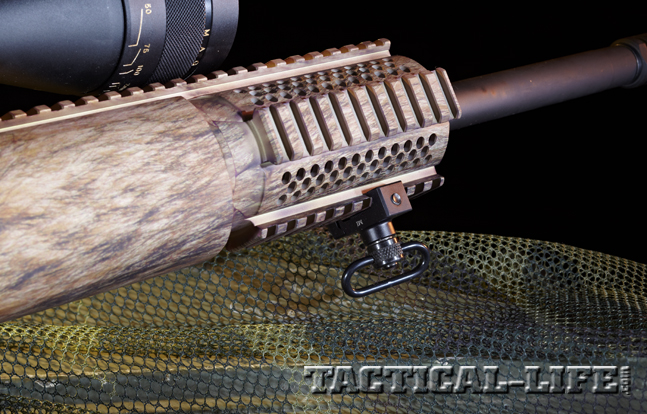 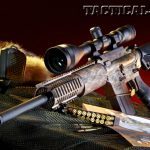 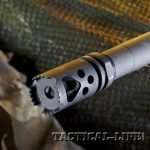 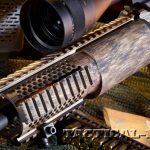 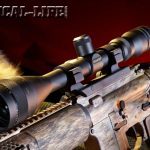 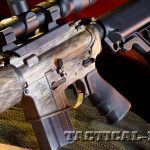 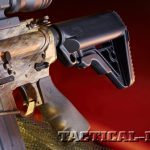 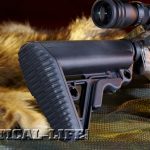 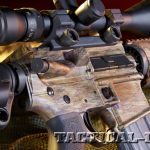 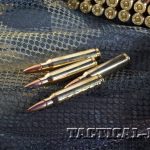 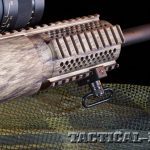 Consumers have many choices when it comes to buying an AR-platform rifle. The AR is, hands down, the most popular rifle in America today. It is undoubtedly the most accessorized, with aftermarket parts installed after the initial purchase of a rifle configured by the maker.

Rock River Arms (RRA), however, is one of the few large-scale manufacturers that builds rifles from individual customer orders, as well as rifles made to stock specifications and sold to distributors. The result is a rifle that meets a buyer’s unique preferences because buyers can select the features they want from a very broad array of options and substitutions. Options include chrome-plated bolt carriers and triggers, different stocks and barrels, ambidextrous safeties and charging handles, enhanced grips and more. Though custom-made rifles take about 90 days to build, many customers prefer this to buying a stock gun and later upgrading it with aftermarket parts or sending it back for customization. “Built to fit” can also save you money compared to aftermarket add-ons, and you get an OEM-installed part with a factory warranty.

RRA’s LAR-15 Hunter is a carbine-sized, AR-15-style rifle chambered in 5.56mm NATO, and its most distinctive feature is a new anodized finish called Ehide camouflage, which matches the actual hides from either a coyote (“WYL-Ehide” camo) or a wild boar (“PRK-Ehide” camo). Ehide finishes are exact copies of photos of the hides of these two animals, but the finish is applied using hardcoat anodizing instead of film dip, paint-on appliqué or spray-on technology. Hardcoat anodizing is far more durable than those other finishes. RRA explains that any high-resolution photo can be used to create a custom anodized finish. Ehide finishing is done by an outside firm that uses a proprietary process. Though RRA does not plan to offer this service on customer-supplied photos, I imagine some shooters would pay the additional cost of at least $420 (the approximate upcharge on an RRA rifle for the Ehide finish) to get their pattern applied.

The Ehide finish is applied to all aluminum parts of the LAR-15 Hunter: the upper and lower receivers, the charging handle body, the triggerguard and the handguard. It does look like a low-resolution photo of real coyote fur. On my test sample, the pattern and color on the handguard and upper and lower receivers do not match or blend together. However, the only disruptions in the pattern on a particular part were at the transition point on the handguard between the oval section and the quad-rail. Otherwise, the pattern was neatly applied without smudges or overlapping in the photo. Steel parts, such as the controls, forward assist, receiver pins and barrel, are phosphated.

The Hunter utilizes the traditional direct gas impingement operating system, which contrasts with the “gas piston” systems that have become popular in the past five years. Ironically, the direct impingement system is better described as an internal piston system because gas is vented into the bolt carrier cavity, where the rear of the bolt (with three gas seal rings reminiscent of the piston rings on an internal combustion engine) and the carrier act like a piston.

Traditional hunting rifles don’t look a lot like the LAR-15 Hunter, but when it comes to functionality, they wish they did. That’s because many of the rifle’s features previously seen in the public’s eye as “tactical or military” serve the needs of hunters better than traditional rifles. Three such features on the Hunter are its flattop Picatinny rail, the Operator CAR buttstock and RRA’s Half Quad forend. Full-length Picatinny rails make scope mounting easy. The rail’s multiple slots give you plenty of options when mounting your scope to get the correct eye relief, as compared to mounts on traditional rifle receivers, where the mount is only in two places and the scope must be detached from the rings for a precise fit. Rails slots on the Hunter are T-marked to help with remounting optics after they’ve been removed.

The Operator CAR stock has a sliding buttplate that allows you to move the height of the rifle upward while keeping full shoulder contact and a decent cheekweld with the stock. The stock’s buttplate slides upward and has three locking positions, giving the shooter 1.5 inches of adjustment to get his or her head down on the stock and aligned with scope. That arrangement won’t work as well with a rifle generating a lot of recoil, where you want the bore axis directly in line with the shoulder, but it works for a .223 Remington/5.56mm. Scope objectives vary in size, and the larger 50mm ones require higher mounts and thus require the shooter’s eye to be higher off the barrel’s axis. The Operator CAR offers two points for mounting quick-detach (QD) sling swivels as well as two compartments for spare CR123 or AA batteries. The Operator CAR stock also adjusts for length of pull—again, a necessary feature for getting a comfortable fit behind the rifle when using a magnified optic.

As mentioned before, the LAR-15 Hunter’s other feature that helps hunters is the Half Quad forend. Its forward half is a quad-rail, while the rear portion is a very comfortably textured and shaped oval in cross-section. Though hunters won’t likely mount vertical grips on these rails, bipods and lights will be used in some states that allow coyote and boar hunting at night. A quick-detachable (QD) forward sling swivel mounted on one rail is included with the Hunter.

The Hunter’s barrel has longer feed ramp cuts designed to reliably feed a variety of bullet types, including soft points and longer, heavier bullets that are the current trend in .223 loads. RRA’s design, however, is not to be confused with what are popularly known as “M4 feed ramps” because the M4 design requires a special receiver, whereas the Hunter’s extended cuts only require the edge of the upper receiver to be radiuses.

The ergonomics of the AR-15 platform are exceptional for right-handed shooters, and the Hunter offers some improvements. The rifle has a Hogue soft rubber grip that is wider than other designs and certainly better fitting than A2-style grip. The grip is one part that can be inexpensively changed to other designs and makes a significant difference in handling and trigger control. The Hunter has standard AR-15 controls, except for the safety, which has a different-style lever unique to RRA. It works well, and an ambidextrous version is also available.

The Hunter is a quality-built rifle. Its internal parts are well made and tightly fitted, as are the forged upper and lower receivers. The Hunter uses a two-stage trigger made from hardened steel by RRA. It delivered a smooth, crisp, predictable pull of just slightly over 4.31 pounds measured using a Lyman electronic trigger pull scale. The take-up stage measured about 3.13 pounds.

I tested the LAR-15 Hunter for accuracy by mounting a Simmons 6.5-20×44 riflescope and shooting it off of a Caldwell BR rifle rest and Caldwell rear sandbag at 100 yards. The Hunter was 100 percent reliable with all four brands of ammunition I tested, including one load with exposed lead-tip bullets.

Though none of the three loads I used for accuracy consistently gave the 1-MOA accuracy requirement RRA has set for this rifle, the company will stand behind that guarantee using match-grade ammo and will fix any rifle that does not meet it. Formal accuracy testing like I conducted would have been a bit better if I were able to eliminate the small amount of wiggle in the collapsible stock.

The Rock River Arms LAR-15 Hunter is a quality rifle with versatile features and a unique, durable finish, and it can be built to order with a wide range of additional features. The Hunter also comes with a lifetime warranty and an accuracy guarantee of 1 MOA that set it apart from a very crowded field of AR-style rifles. For more information, visit rockriverarms.com or call 866-980-7625. 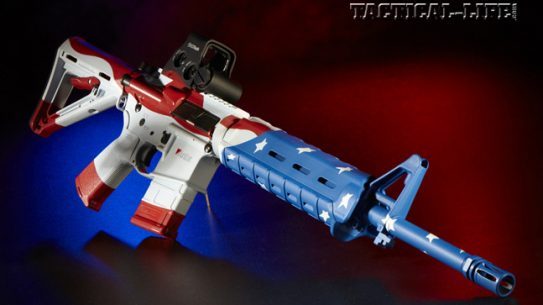 The Sionics 5.56mm is a power-packed AR rifle for those who bleed red, white...