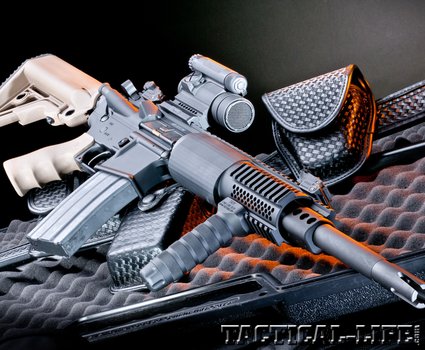 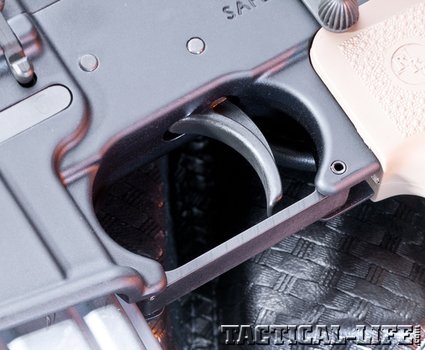 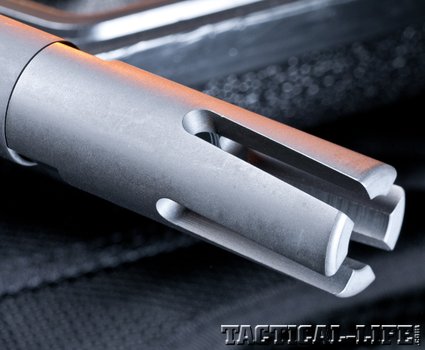 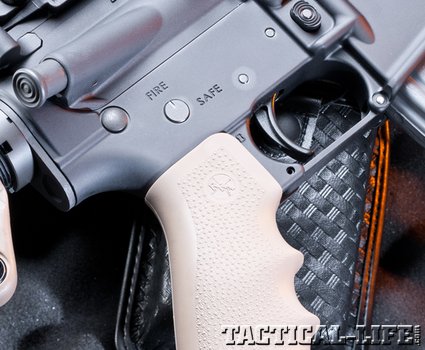 4 of 6
GRIP_phatch
During the range test, the comfortable, slip-resistant Hogue rubber grip made controlling the powerful LAR-458 easier and more pleasant. 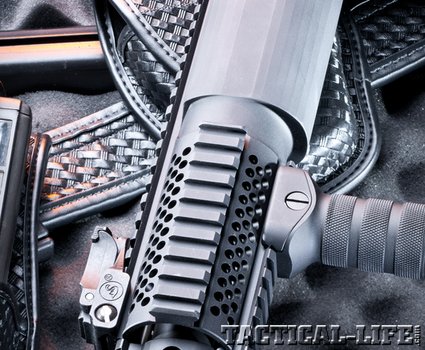 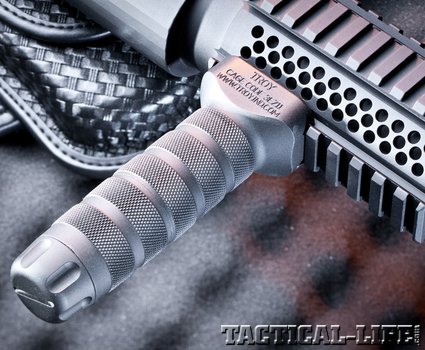 6 of 6
FOREGRIP_phatch
The small-diameter, half-quad, free-floated handguard has a trim look and feel while still possessing plenty of rail space for accessories. 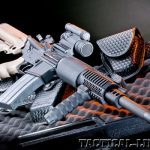 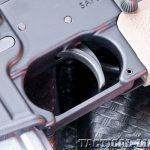 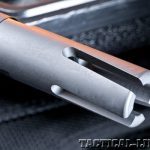 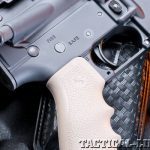 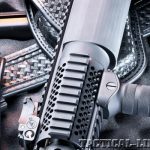 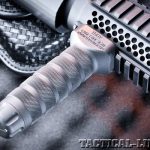 While the 5.56mm chambering might be the most popular choice for AR-platform rifles, sometimes law enforcement officers need a cartridge with a bit more power to defeat hardened targets. This has spawned a number of cartridges with improved downrange performance that are still designed to work in an M4 package with only minor changes. All of these cartridges share a common trait: The 5.56mm’s bullet diameter has been increased. Those who have used 5.56mm weapons for serious social interactions make choices informed by real-world experience. It is from these folks that cartridges such as the 300 AAC Blackout, 6.8 SPC and even .458 SOCOM (Special Operations Command) arise. You read that right: .458 SOCOM.

Using the large wealth of .458-caliber bullets, which can weigh from 250 to 600 grains but are optimally between 250 and 400 grains at velocities between 1,800 and 2,000 feet per second (fps), this powerhouse round brooks no debate about its lethal effect on opponents or game. I’ve heard this cartridge described as a “.45-70 in a modern AR-platform weapon,” a cartridge that was used with devastating effect against two- and four-legged targets over 150 years ago.

The .458 SOCOM’s birth over a decade ago is credited to members of Task Force Ranger—survivors of the Battle of Mogadishu, more commonly known as Black Hawk Down—who needed something more powerful than the 5.56mm when deployed against determined adversaries. These operators wanted a cartridge that had improved terminal performance; was capable of use in minimally modified ARs (essentially with an altered bolt face and barrel); could be used with subsonic (suppressed) and supersonic ammunition; and required no modification to function with the profusion of 5.56mm magazines on the market. After these operators described their needs to Marty ter Weeme of Teppo Jutsu, he reach out to the industry, and the rest is .458 SOCOM history. 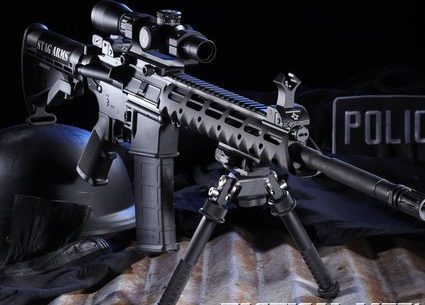 While the 5.56mm chambering might be the most popular choice for AR-platform rifles, sometimes…