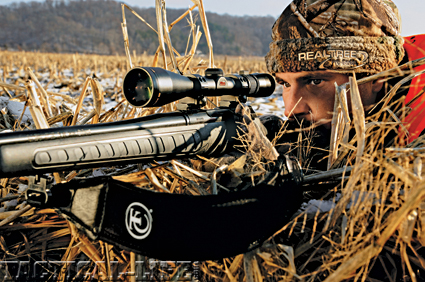 Keeping your eyes and rifle rock steady on the prize is paramount to success for big and small game hunters alike. Don’t blow the chance of a lifetime by opting for an off-hand shot. Brad Herndon Photo

Is it possible to be a great marksman, but a lousy game shot, and vice versa? Yes, though the two scenarios are by no means mutually exclusive. By “marksman,” I mean one who is good at shooting targets, i.e. inanimate objects—be they paper, steel, whatever. And how does one become a great marksman? Simple: practice. How does one become a good game shot? Again, practice, but one must also have field experience—the more, the better.

Shooting at a live animal is different from target shooting in one very important aspect. Other than the jitters that can afflict a competitive shooter, any form of competitive rifle shooting, other than in a biathlon, is done when one is at rest. Yes, there’s a certain excitement that goes with competitive shooting, but it’s quite unlike the heart-pounding, lung-heaving rush that comes with having a wall-hanger bull or buck in your sights. Even if you’ve been sitting on-stand for hours and you’re perfectly rested and breathing normally, that changes when game appears.
And, just as often, there are other scenarios where a shot will present itself after a long stalk or an arduous climb. When my pulse is racing and my chest is heaving, shooting from the standing, off-hand position, I’m lucky to hit a 15-inch circle at 100 yards. 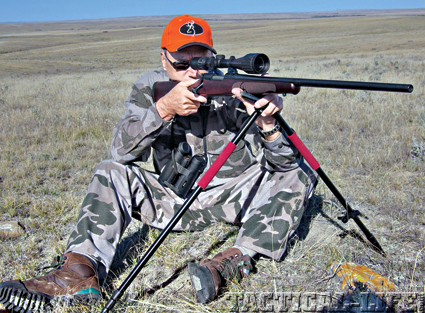 Some commercial bipods have adjustable, telescoping legs but require far too much time to deploy.

Once, after wounding a feral pig, I chased it in an effort to deliver the coup de grace. Three times I stopped from a dead run to try a standing, off-hand shot, and three times I missed—all at ranges no more than 50 to 60 yards. Of course, the boar was running directly away from me, so it shouldn’t have been that difficult. But it was. 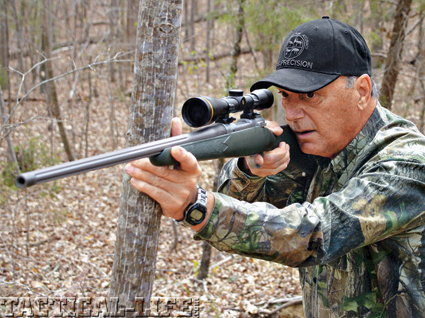 Any object like a tree or the side or top surface of a rock can add greatly to how steady one can hold a rifle. 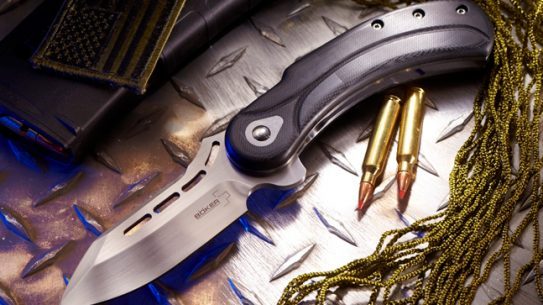