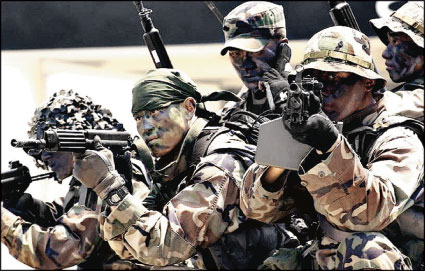 There is certain irony in the fact that May 4, 2009 saw helicopter-borne South Korean SEAL snipers help drive away Somali pirates stalking a North Korean ship. Yet as tensions on their home peninsula mounted, a month later ROKN (Republic of Korea Navy) SEALs were deployed to carry out possible missions into North Korea and counter-missions by North Korean special forces along the South’s coast. Throughout their history, ROKN SEALs have monitored North Korea’s mini-submarines or hunted down North Korean agents, assassins, and saboteurs. Reportedly they have also carried out missions of their own along the coast of North Korea, particularly during the 1980s and 1990s. Once again tensions increase with North Korea and the ever-vigilant ROKN SEALs currently maintain a heightened state of alert. 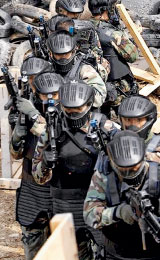 History & Dynamics
The ROKN SEALs trace their beginnings to the Navy Coast Squad formed in 1954. Then in 1955, the UDT (Underwater Demolition Team) was founded with volunteers trained by seven officers who had completed US UDT training. A mere 25 UDT swimmers were selected from 300 who initially volunteered, and from then until now, the ROKN UDT/SEALs training has been heavily patterned after their US colleagues. A handful of ROKN UDT personnel served in Vietnam, and when North Korea seized the USS Pueblo in January 1968, ROKN UDTs reportedly worked jointly with US Navy SEALs on the planned rescue mission, codenamed “Red Fox.” In 1976, the special warfare mission was added to the UDTs, and by 1986 the SEALs were designated the 56th Special Warfare Corps within the ROKN Navy. In 1993, the Special Task Force was founded to perform anti-terrorist missions, and since 2000 the ROKN SEALs have been part of the Navy Special Warfare Unit. 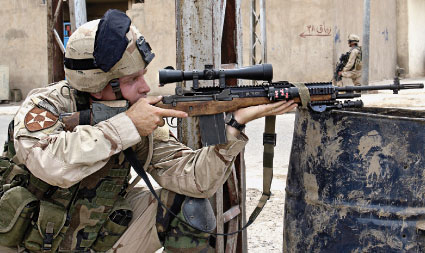 There is certain irony in the fact that May 4, 2009 saw helicopter-borne South…